@NGnius, do I get the hint that you’re also a westerner?

Sometimes I wish I were, but I’m not. I live in Ottawa

Let’s make it three. Toronto here. Biding my time until 5 comes out and then ready to jump into Fairphones. How are the two of you handling parts and accessories? Clove doesn’t seem to have all the goodies as the main site. Are you redirecting through the German mail two-step?

I haven’t ordered a part as of yet, but that’s the plan unless iFixit or another seller starts shipping parts directly to Canada.

I’ll be traveling to Canada end of July - mostly Quebec somewhere between Montreal and Quebec City to be more precise. So I wanted to figure out if it might be useful to bring some FP spare parts along.
As I’m not planning to turn this into a business operation, though, it would be very limited amounts at best. Does anyone need any parts? I’d have to start ordering them soon if I want to be sure to have them in time. And of course we’d still have to see about all the details like actual hand-over, etc.
I don’t really want to clutter this thread too much apart from this offer. If you’re interested then just contact me via DM. Depending on feedback and interest we might start a private group chat or open a new topic as needed.

That’s a kind offer, thanks! Hopefully somebody will be able to make good use of it.

Unfortunately I can’t travel that far to pick things up (Ottawa is at least 200km away, and I don’t have a car). I’ve started a list of parts I’d like to have in stock, but I’ll probably end up ordering them and routing it through a reshipper.

Just a brief update regarding my experience so far:
I’m in Quebec since yesterday, no network issues on FP3 and 4. So far I see 4G connections to both Rogers and Bell, 5G not tested.
Both FP3 and FP4 use the GlobaleSim data package successfully. The FP4 with built-in eSIM, the FP3 with an esim.me card.

Hello. Glad to see there is a good fairphone community in Canada so far! I thought I would add my experience so far to the conversation in case any of my experiences may help answer questions. I started reading through all the posts and after about 10 minutes realized how big the thread was, which is encouraging!

I just bought by FairPhone 4 a couple of months ago through a reseller on ebay. I was very impressed with FP and what they are trying to achieve. My main motivation was to try and shed trackers following me around on my phone and to try to eliminate google as much as possible from my digital life. Also to be able to have more sustainable, fairtrade when possible modular phone.

With that in mind I had intended to buy a FairPhone and right off the bat install a de-googled o.s. After a lot of research I decided that eOS most aligned with my goals. Though there was significant documentation about flashing FP4 with eOS the process still looked nerve racking to say the least. Especially with the potential possibility of bricking a brand new phone which I had not even used yet.

That being said I was lucky enough to use linux and have the experience go perfectly! eOS has been a dream so far. It seems to offer all the apps I had before migrating to eOS but even better it has a fantastic app store which gives you details about the specific trackers and permissions each respective app contains so you can decide if it is really worth it to install that app. It also comes with a built in GPS/location and IP spoofer and a great maps program (which works very well). Also I have already happily had an over the air O.S. update that worked perfectly.

Before buying I set up a phone appointment with with Koodo to ensure that the phone would work on their network and after looking at the specs I provided through a webpage they assured me I would be good to go. Everything on the network seems to work perfectly. The 4g LTE, calls, messaging and GPS all work, and there were even a couple of days where I had 5G working for some reason (even though Koodo says its customers won’t get 5G coverage any time soon).

Finally in terms of a case, I bought the official FP case but the only case they had left was “Red” which I was excited about. When I received it, it was DEFINITELY pink. The case was fine (besides having several people ask why I had my Wife’s phone lol) but thought I would also try the only other case I could find made specifically for the FP4. A Swedish business named “Bark” who make cases out of sustainably/responsibly sourced trees. I am glad to report that the case looks and feels fantastic and is little harder than the official FP4 soft case. Hopefully the photos show properly below…

So there is my essay. Hope somebody finds some answers in there about that may either help them out or give them a bit of confidence that they should try out FP! 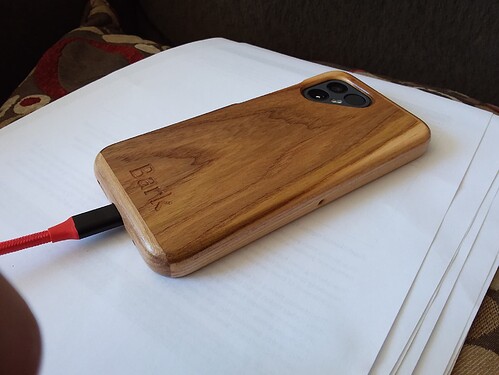 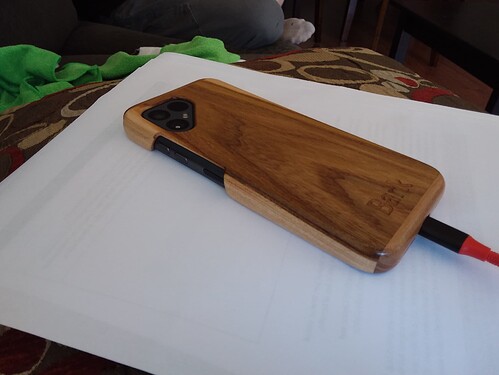 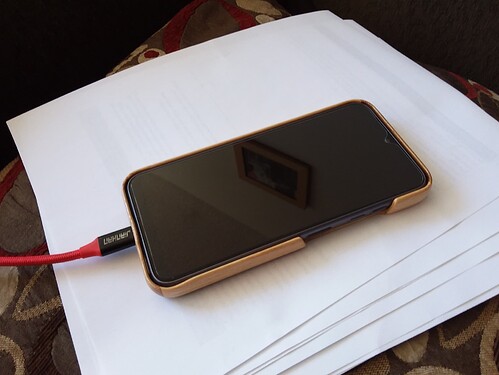 If you want to minimise the risk of having to somewhen perhaps get a replacement part regarding the USB connector, I would recommend magnetic USB adapters. There’s a ton of options on the internet.

They come with a part that stays in the USB port and thus will prevent dirt from entering as well as strain occuring from connecting/disconnecting, it will look something like this (example pics of my Fairphone 3 with the original bumper on): 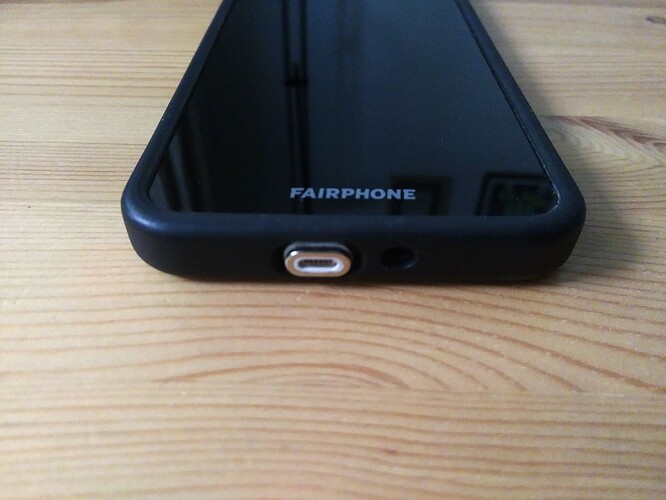 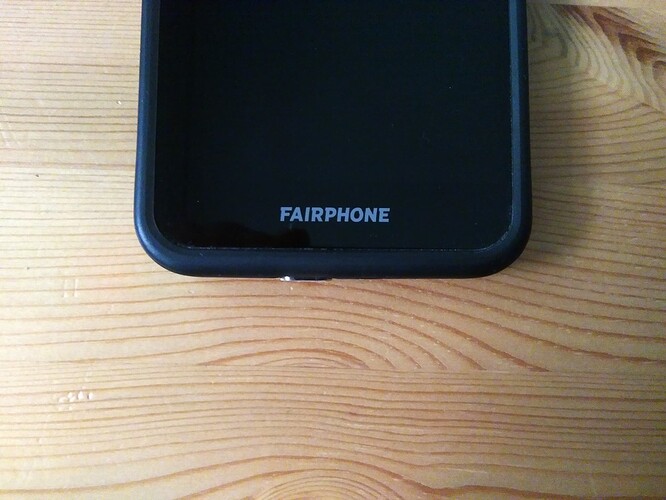 The magnetic counterparts can be attached to existing USB cables (micro USB as well as USB-C, should be selectable when buying).

With a hard case around the phone like the Bark wooden case, removing the part from the port again (should the need ever arise) might require halfway long and sturdy fingernails, though

If you are considering a magnetic adapter there is the company Syllucid that was set up by some former Fairphone employees. They are making cables with Fairtrade gold and minerals, like Faiphone Thats is a very cool idea! Seems like it could prevent a lot of the wear and tear of all the mechanical stress!

Gonna hijack the discussion for a second: Is there anyone in the Toronto or Ottawa region who has a Fairphone 3 or 3+ and would want to help troubleshoot a possibly dead screen? I just got an email from someone, but I don’t have any Fairphone 3 parts to troubleshoot with.

Hi I’m having the exact same issue, did you manage to resolve it? Thanks!

I think they are the best chance at this phone breaking into the Canadian market on a legal basis. They even hinted in email to me they might consider it.

Does anyone in northern Ontario know people in or around Timmins using fairphone?