For various privacy reasons, I want to cover my 3+ phone cameras. At present I use electrical tape, but would rather have something easier to remove on the rare occasion when I want to take a photo. I’ve used the stick on sliders. But these are useless and always fall off in a matter of days.

I note apple and most android phones have special cases for the purpose such as this one: 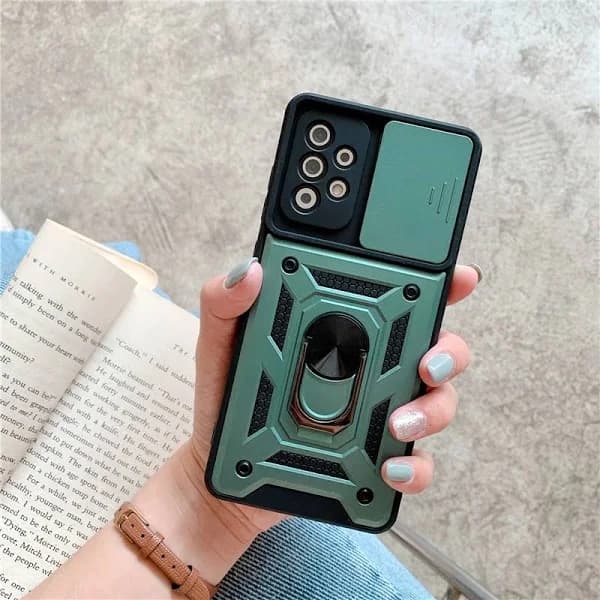 image600×600 48.6 KB
Also added to the complications of the matter, a flip phone case will not suffice due to the positioning of the finger login on the back.

Does anyone know anything on the market thats available to suit my requirements?

I’m using the ones from Privatsphäre schützen mit Privise.io | RFID & Webcam Schutz. It might require a bit of fiddling to get it right, and some people said it’s covering part of the picture, but i don’t see that. Other from that, i found it practical and gave it as present to many friends…

thanks. Do they stay stuck on for a decent period of time?

Yes, definitely. The glue is good. I’m using it on a protective sheet, though. But it sticks for years

thanks @DiscoFudge for bringing this up

The case you linked also has a build-in stand. I think I’d like it. Regarding fingerprint reader: in a FP4 its on the power button (yes, I know you’re talking about FP3+). So such a case might actually work for the FP4.

You could also use design your own case (for example with Anna Treurniet’s) and then detach/attach the FP3+ onto it with velcro.

If you wanna go with a webcam cover, the round/small ones are probably better.

Tried these. And yes they stick a lot better, but combined with a cover and its a no go. They keep falling off. Works fine with the front/selfie camera, so will stay there. Otherwise…the search continues. Although I am surprised there isn’t more on the market for this at present. All this talk of being concerned for privacy and ‘big brother’ etc seems to be just hot air.

Yes, definitely for front camera. Back camera is not that much an issue for me. There are some pads, which can be attached to that kind of region like a back camera shows, but you have to put them off and then on again, kind of a nuisance. But it works, my wife uses one, cut for size, because she has a cover (and no fp)

All this talk of being concerned for privacy and ‘big brother’ etc seems to be just hot air.

I don‘t get, what a covered or not covered camera lens has to do with privacy. No app has access, if I don’t allow it. I would be more concerned about apps on my phone that are spying on me and grabbing my data, if they are able to steal access to the camera, they can do much more.