But there is still no chance for changing shutter speed or ISO.

Ha! You don’t seem to be very adventurous with the checking the ‘options’ 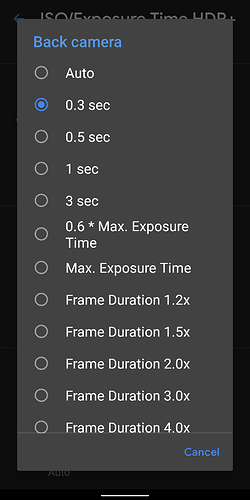 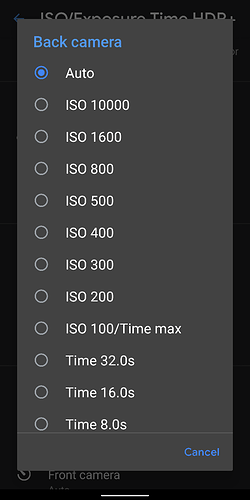 So what GUIs (plural) are you used to?

The app is simple and its jpg engine produces with a sensor that should be much worse than the one of the FP4 better pictures than the app of the FP4.

Pro Camera X often freezes, but the user interface is quite good.

Other GUIs?
I can work with real cameras

simple, effective, jpg engine works fine, ettr raws are possible, a panaroma mode that works better than my DSLM. If I could, i would install it to the FP4. 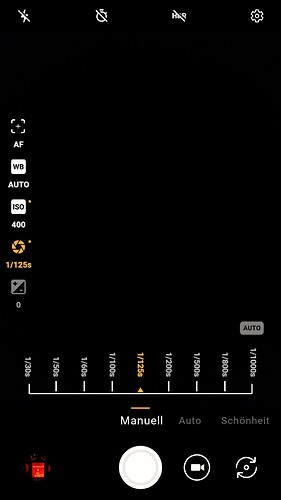 Hello dear Community,
I’ve switched to the FP4 as my main phone after 4 years of using a Xiaomi Pocophone F1.
I’ve been through this forum prior the purchase of the FP4. Which got me curious if the phone’s camera(s) are really that bad.
Well, here I am. My FP4 runs on stock Android 11 with stock firmware.
build no. FP4.FP4l.A.175.20221207
After so many people suggested Open Camera (which I have experience with from older phones) I gave it a shot (because I like to have a lot of settings and to shoot in raw too).
Development of raw dng files was done in Lightroom.
Despite the popularity of the image sensor Sony IMX 582 which can be found in a lot of other phones, I think the photos the FP4 puts out, are underwhelming.
So far for now. If anyone wants to see the pictures I took, just reply.
Thanks and have a great day,

Despite the popularity of the image sensor Sony IMX 582 which can be found in a lot of other phones, I think the photos the FP4 puts out, are underwhelming.

If anyone wants to see the pictures I took, just reply.

Hello,
there’s nothing wrong in particular. I just want(ed) to share my thoughts about the topic as a experienced photographer.
kind regards,
FP4

Thanks for sharing. I’m finding no matter what app I use, the photots just don’t reflect what I see or capture the moment. They are grainy, off colour and blury.

So yes, everyone would need to define “wrong” but not up to expectations or the market standards should be good enough to drive performance and investment.

Yes, I agree with you. The color science / image processing is a bit weird. In JPEGs from the stock camera I find a blueish tint. That’s why I use Open Camera and capture DNG to edit later in Lightroom if necessary.
I’ve noticed the blur in photos too. I think the (massive) shutter delay (in the stock camera app as well as open camera) is the cause of that blur. I havn’t shot any valuable photos with the FP4 yet but that will happen.
In my tests the shutterspeeds in daylight/overcast always were up to 1/400s and higher (of course if you keep the lense aperture of f/1.6 in mind that’s reasonable).
In my opinion the blurry images are a result of the camera app processing the raw data in some weird way.
I don’t think that every phone which has the Sony IMX 582 built in, puts out the same image quality as the FP4.
Maybe a software update would fix the issue. I don’t know, I’m unfortunately just a photographer not a android developer.

I don’t understand what the main problem for fairphone is. There seem to be several stranger software issues.

Feels like the same problems with open source software.

The fairphone can one thing really good: to be fair produced. That’s the main fact, that also costs a lot. Would be interesting how the price is divided into its parts and this in comparision to other producers.

I just hope that they solving such problems step be step with updates or newer products.

That’s the main fact, that also costs a lot. Would be interesting how the price is divided into its parts and this in comparision to other producers.

There is such info, you may find it if you search.

I’ll look for it later

I’m still struggling with my camera. Really disappointed. I’m going to contact their support team cause a shoddy camera experience must put people off purchasing. I couldn’t recommend the FP4 to friends right now.

m still struggling with my camera. Really disappointed. I’m going to contact their support team cause a shoddy camera experience must put people off purchasing. I couldn’t recommend the FP4 to friends right now.

Same here. Right now I’m sitting in front of some holiday photos with ISO800 and they are such a crap - worse, worst, fairphone. That is not usual.

On the positive side, it’s apparently only a software problem, so it can be fixed.
Unfortunately Fairphone seems to be somewhat struggling with software development right now (see thread about security updates). Let’s hope they get a grip on that, the smartphone market is in the doldrums right now after having flourished during the Covid lock-down periods: It’s the time to consolidate the existing rather than making heavy and risky investments in new hardware.

The FP4 is a good phone, but it does have some “very annoying” (just to avoid saying “serious”…) shortcomings, the stock camera being one of them (stuttering calls being another).
I’m not a developer, but in my experience it should be no more than a month or two of work for a dedicated and capable dev team. All Fairphone needs to do is to allocate the required resources to fixing those show-stopper issues, and I’m fairly (no pun intended) confident they will, because in the Internet age bad press is commercial death. They should know this, AFAIK they are seasoned professionals.