I can confirm that I have the same problem. But furthermore, a few days ago parts of the display stopped working, as described here: Parts of the touchscreen don't work - See first post for troubleshooting

Well, seems to be a bit of a problem with the new display I got at the beginning of the month : I’ve noticed a bright spot has reappeared on the bottom left!
Barely visible for the moment, but definitely there!
I see the new display I got was produced in December, so possibly the same faulty batch as the original one?
Will see if it it gets worse in the days to come…
I sent the first display (and the cracked case) back. Hope it will help identify the problem.
By the way, the new case has also come up with some cracks…

I had the same problem for a day and it was gone the next day. I didn’t touch my screen with chemicals on my finger.

p.s. I need to correct myself. The brigt spot is still there (lower left) but i thought it had disappeared because I use a black background. When the background is white the spot is visible.

I’ve noticed the same white patch / dead pixels / bright spots on my display. There are two visible parts near the top right of “Device”. There is an another one in the middle of the screen however that’s not visible on the photo. 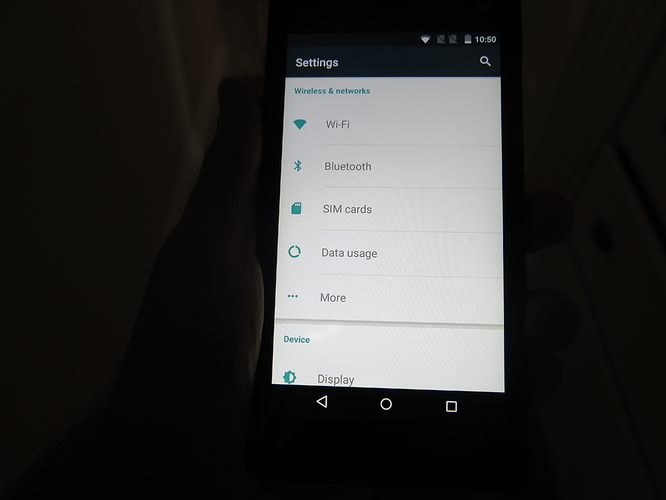 I had the same Problem and got a new screen a few weeks ago.
This one works fine until today when i recognized a small pale spot in the same place as last time
Its small and normally i dont see it, but it scares me. Hopefully it stays pale and small like it is

I have the same problem. A bright spot on the lower left hand corner. Compared to the random reboots and all the other stuff that hasn’t been working this seemed like a minor problem. I guess I’ll have to contact support now.

I have the same problem, the pattern of my bright spots looks exactly like thee ones, like an L reversed on the vertical axis: 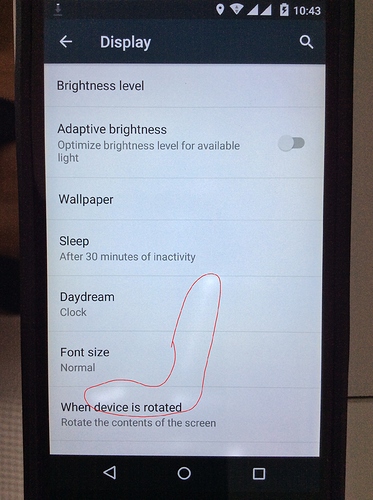 I did not notice it at the beginning, I think it appeared over time.

I opened a support request, I hope I can easily get a replacement display…

My replacement screen started developing bright spots again a couple weeks after I received it. I told Support I did not want a replacement again until they have this sorted…

Maybe the Fairphone team can shed some light on this matter? It seems to be related to a certain batch of displays from december. What is causing this problem, is Fairphone aware of it and looking to fix it or has it even fixed it recently?

Somehow it seems my FP2 has acquired a very nasty burn-in-like artefact in the recent week or so: In most white backgrounds, it is just vaguely noticeable as a whiter-than-white blobby angled ‘L’-shaped line on the bottom of the screen and a few random blobby dots. But it is very noticeable on darker screens, and particularly on the bootup screen where I first noticed it.

The funny thing is that the ugly ‘L’-pattern looks like a typical screen burn-in, it doesn’t remind me of anything I’ve been displaying on the device. So I am at a loss as to how this has actually happened.

As I’m suffering from the ghost touch problem I’ve already been promised a new screen by support when they are back in stock. But I am wondering if there’s anything you can do to prevent this from happening when I presumably get a non-ghost-touching screen? It really adds insult to injury if the phone that was said to last 5 years turns out to need a new screen upgrade every second month…

I’ve moved your post to this topic as it sounds like you’re describing the same problem (see previous posts for example pictures). If you have a significantly different problem, let me know and I’ll move your post back. If I’m not mistaken, people have reported receiving a replacement under warranty above, and there is speculation that this problem may only affect a limited batch of phones (i.e. a production error of some sort).

Johannes:
Indeed it is the same problem - interestingly the shape even looks the same and appears in the exact same place. So it does not look like anything that would have been caused by variables like specific apps or finger interaction.

I also discovered these bright spots, pretty much in the same shape as described and shown on images here.
Though on my screen it is not very noticable (yet?). I only discovered it first after seeing this thread here some weeks ago. Since then I often see the bright spots

Anyhow, I don’t find it disturbing for now, so as long as it is not getting worse I won’t address support, as I don’t see a need at the moment for replacement.

Is this thread going anywhere; as in resulting an action from FP, or simply people reporting a common problem?

If you want action from FP, contact FP and tell them what you want. They see the forum as a discussion place for users, not as a support channel (see the welcome banner). Support seems to be responsive to requests relating to this problem, as far as I can tell from posts above.

Yes, I’ve contacted and created a ticket already https://fairphone.zendesk.com/hc/en-us/requests/97367 - that was 3 weeks ago. 0 response (excluding the automated message on ticket creation). What do you think is a reasonable timeframe for a response?

@Fairphone , On week 3 since fairphone.zendesk.com/hc/requests/97… and forum.fairphone.com/t/bright-spot-… . What's a reasonable timeframe to get a response? Thanks
Johannes April 27, 2016, 3:39pm #57

There still seems to be something of a backlog. If you want to nudge a bit more, try here (though today is a (semi-) public holiday in the Netherlands).

Hi!
I have the exact same spots, perfect match.
Is there any solution yet?

Is there any solution yet?

Workaround: Contact support and ask for a new display.

@kjalatt: do not expect any quick answer from support though, they are extremely slow in responding, my ticket is there since weeks, but I understand there have been customers waiting for months…