I had my display changed for this matter, and know, the new display has the same problem again. The new one was actually older (the stamp on it) than the first one but still produced in mid December.

Yeah, same with me, the spots have reappeared in exactly the same places on the new display. Therefore I’ve decided to wait a bit before asking for yet another one, hoping the manufacturing problem will eventually be solved…

I had news from support, they identify a problem on the construction “caused by pressure points”. They are building a new process, it can take some time but they don’t forget us

Great news!
Thanks for sharing it!

Same problem here. Fairphone had sent me a new display and I replaced it some weeks ago.
Now the bright spots reappeared on the new display…

Hi everyone.
Fairphone asked me to send my device back because of multiple problems (cracked protective case, buzzing in earpiece and bright spots on second display).
It was really quick as I got my phone back exactly a week after sending it. New protective case (third one since January), new earpiece and new display (third one since January).
So the DHL guy handed me the parcel, I opened it, started the phone and switched the language from Dutch back to French. I started reconfiguring the phone and reinstalling my apps when I noticed after about half an hour… Guess what?
A bright spot on the display!!!

There’s only one and it’s still quite discreet, but that’s how it started the last couple of times.
Needless to say the phone hadn’t been dropped or mistreated in any way. I hadn’t even had the opportunity tu put it in my pocket!
Conclusion : the phone was sent back to me with yet another faulty display…
Have already sent an email to support…

Just to let you know guys, I have the same issue. I can see multiple bright spots in the lower half of my screen. Especially on bright screens (e.g. during browsing) and by scrolling you stumble upon these spots. It is not a showstopper for me to use the phone, but frankly it should not happen with a phone that costs that much. It seems you really have some serious quality issues with your phones. Anyway, I hope you get them sorted out one by one and learn from it. Fairphone is definitely a good thing, but don’t rely on your “fair” bonus. A working phone of good quality is still a necessity.

Here’s the latest news for me
Fairphone asked me to send my phone back yet again and it came back 10 days later.
Everything seems OK this time, no bright spot for the moment.
Hope it will last…
However I have to admit that the Fairphone team has been very responsive since the beginning and dedicated to resolving the problem. So whatever happens, I’m confident I made the right choice;

Same here, they asked me to send back my phone. But I can’t connect to the return website…

Hello guys!
I’m having this pattern as well. But it’s not disturbing me (yet).
I don’t have the impression of the pattern getting bigger, maybe it’s because I always keep the backlight on low setting.
As the problem doesn’t look too be solved with a new screen, I will wait before contacting support.

Hi everyone having this issue,
unfortunately the same problem here, the changed display is having similar white spots.

I kind of have the feeling that they were not present directly after the change. As well the white spots are all in the area of the battery. Could it be possible that there is correlation? Maybe the heat while charging the battery causes the white spots to appear?

I just send mine to repair after having this problem on the changed screen too.

I should get my phone in a few days, I will write conclusions here!

I have the same issue on my phone since yesterday. The spots appear on the bottom half of my display and came up suddendly. i didn’t mention them before. I will write to the support. I hope they will take my requests seriously… I’m waiting alread 1 month for an answer regarding other unsolved issues. 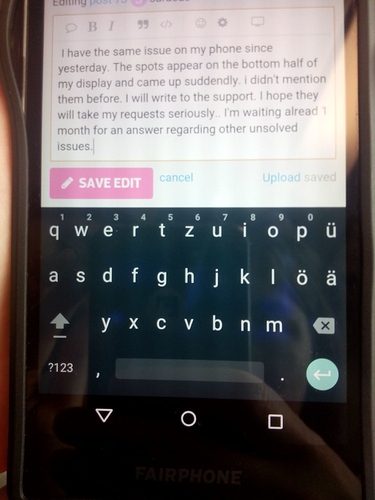 I have two very hardly visible bright spots on the display, too. As others said, they are on the lower left and near the middle of the display. My display is made on 16.11.2015.

I will contact support now and ask for a new display as I think it’s getting worse. Request number is #119546. 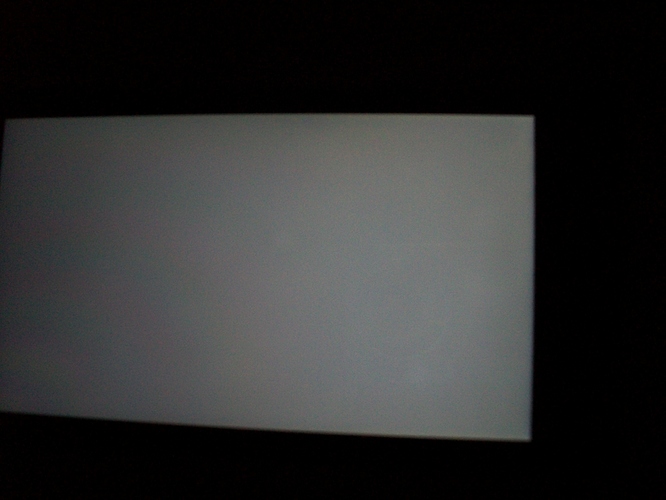 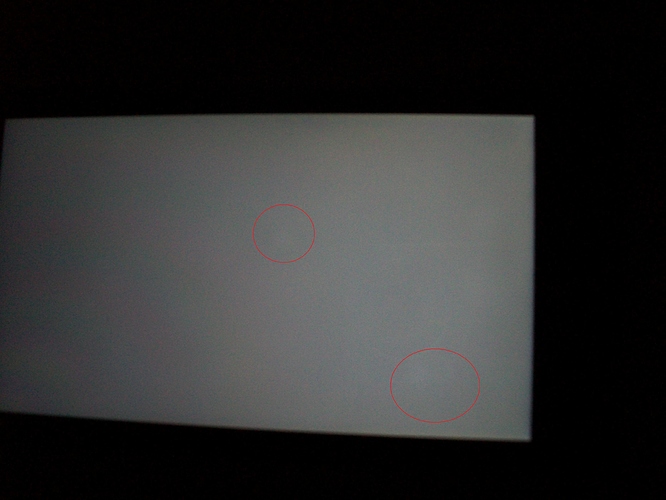 I hope I don’t need to send the whole phone in. I don’t want to send around that expensive device or my personal data, settings and apps as it could get damaged or lost.

I already have a replaced screen cause oft the Touchscreen issue. Now I have the bright spots. They weren’t there at the beginning. I don’t want this telephone anymore. When you have to change the hardware all the time there is no more ecologic benefit. Very disappointing.

Telling by the results of my (interesting, but stupid) experiments I did with a magnet on my laptop’s display (not recommended to do), I see a similarity.

The screenshots in this thread all show such spots in the lower part of the display. It would be interesting to know if this is the case for most people with this issue or just a coincidence. I also have a spot at the very bottom of my FP2’s screen.

Have you received your repaired phone?

I noticed the bright spots in February and the FP team told me about a possible solution in June. Unfortunately, I couldn’t send my phone away for a longer period at that time.
Since I got a replacement for my faulty camera module and could swap it myself, I was hoping for the same procedure with the screen. Has anybody received a new screen in return of the old one? Still no fan of being without a phone for two weeks.

I firstly got a new screen and after few weeks this second screen got the same defaults.

Then I send my phone, they repair it in two weeks (including DHL transport) and probably change the screen. But after just one day I noticed that the bright spot was still there :-/

They finally offer me to replace the phone but I declined, I don’t really care about this bright spot at the bottom left and I don’t think that changing a phone just, for me, for a minor glitch is “fair” nor “green”. Just to be clear, on my phone I only have one small bright spot and I have to put brightness almost full to be able to correctly see the bug.

Thanks for the update. So it seems like they haven’t really resolved the issue (yet). Since the two spots on my FP are not THAT annoying, I’ll wait for a few more weeks.

I am not so sure, apparently the support was really surprised that it didn’t work for me, maybe I am just unlucky.