My company is interested in switching to Fairphone. But to us the camera is important to take pictures of day to day activities. Would it be possible to bring out a new camera module since many test reports show the camera quality is poor.

To contact the team please do so directly through the site. This is a community forum.

Would it be possible to bring out a new camera module

Possible definitely, but I don’t think the FP team has the time (right now) to do so themselves.

We have a wishlist for modules and a thread about community created modules that already exist.

many test reports show the camera quality is poor.

I wouldn’t call it poor quality. I’d let you get away with “mediocre” but check our gallery and you’ll find the quality is quite decent.

I don’t have that much money lying around to buy a new phone every two years or so, but as of now I could afford one and would very much like to purchase a fairphone 2. But after reading some reviews, I see that the hardware really isnt that up to date. I dont care about the CPU, because I dont play games, but what I do is take a lot of pictures with my phone. So here is the question which will make my decision: Will there be a better camera module any time soon? (Because 8MP arent really that much^^)
Thanks in advance!

Yesterday i went to the disco Heuboden.
There i took this photo. 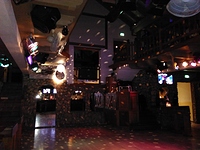 So you see the camera isn’t that bad. I guess/ hope they would ship camera updates every 1.5 or 2 years.
(The old one should be shiped back, so it could be usw as spare part.)

Any news? I read that there might be a new camera module released in 2017. Is that confirmed?

Confirmed as in you read about it because Fairphone went public with it: Yes.
Confirmed as in there is a date set yet or at least it’s 100% certain that nothing unforeseen can happen to postpone it to 2018: No.