I have the latest update and I have “reset” battery memory.

First of all make sure that your battery is not bloating. Easiest way to check this is to do a spin test with your battery on a completely flat surface.

If this isn’t the case then drain the battery completely.
Take the battery out of your phone.
Put the phone on the charger.
Put back the battery.
Let the phone get fully charged without turning it on.

I have done both.

Not bloating and I have drained as you wrote.

And after draining you also charged it
1.) without turning on the phone AND
2.) up to >80% AND
3.) in one run`as he wrote?
Then what is the result?
How long did it take? (a complete charging cycle with the original 1A-charger should last about 1.5-2h)

Maybe you can check with an app of your choice (e.g. GPS Status and Toolbox) the battery voltage in dependence of the percentage and post here some vaules for it at 80/60/55/50/40…0%? Than we can compare with a working device to check if we can look for a problem here.

3 posts were split to a new topic:

Not really, I have given up. Have to get a new battery

To all,
Having encountered the same problem several times, I am not convinced that this is a battery problem, but a software problem, one function or app of the phone using all power and draining the battery in few minutes. With my experience, when the problem appears, the phone is completely blocked and you need to restart it (then recharge it…). I have tried to uninstall several apps that I suspected were faulty (facebook, the weather channel), but it did not really improve the situation. Over the past two days as a test, I have finally decided to switch off Wifi, and switch it on only a couple of minutes every 2 or 3 hours (when I need an update). So far, I did not encounter the problem anymore. As a provisional conclusion, It might be a problem with the Wifi function and it seems having started with the latest version of the OS. I’ll keep you posted on any news from my side.
Finally I also know that some users from the Fairphone french speaking community (we have a facebook group) reported similar problems…

If those of you encountering the problem would perform the same test (switch off Wifi) and report back in this forum, it could help resolving the problem.

I would not buy a new battery before having identified the problem… the battery might not be the fault.

Yep ! same problem here. I noticed that the battery was emptying itself much faster after the last update.
And it definitly seems to be coming from the wi-fi : the phone keeps looking for wifi even though I’ve disconnected it, thus emptying the battery.

@wmarc999 and @chsf35:
You blame the WiFi search function in connection with the newest FP-OS (1.8.7) for the massive battery drain.
To help other people, I would like to see a more detailed analysis. Could you contribute with some more test or ideas, to really nail the problem down?

Some points from my side:

@Tobias_Nordqvist and @gsoundsgood:
I think you are faced with another problem than described by the other two guys (see above).
1.) Did you performed the spinning test as well? What is the result?
2.) Have you both tried the charging procedure exactly like we explained above (post 2 and post 6)?
If yes: please report back the result as detailed as possible.
If no: give it a try!! Also doing it twice can help in some cases.

If this doesn’t help you should receive a replacement battery for free from fairphone I guess, if you contact the support!

Good look and I would be glad to see some response, maybe we can contribute to the Battery Wiki with this.

–> let us test it tomorrow: I will enable my wifi from 8:00-18:00 and will report back a screenshot with “BetterBatteryStats” about the consumption (only 2G and data disabled)(example).

Here is the result of my test today:
After 9h34m WiFi enabled and some of the time connected,
Battery drop from 68–>57% (=1.1%/hour).
Usage was average for me, but could be described as very low, most of the time dual-SIM stand-by (2G)

Post back if you have some numbers!
Cheers, Robert 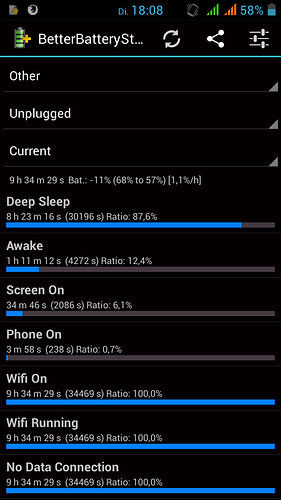 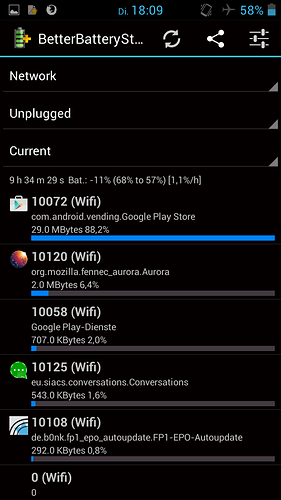 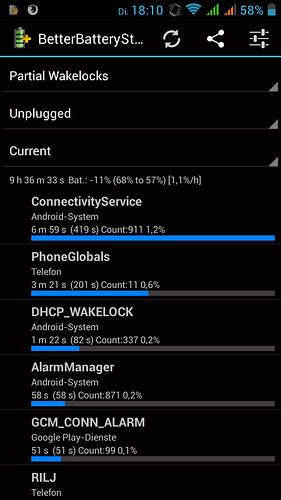 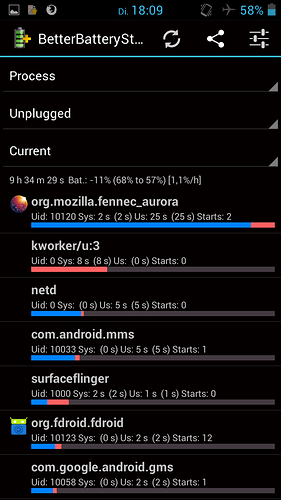 Thank you for all the posts and help already, I have right the same problem and was glad to find a thread already dealing with the issue.

I may have an interesting addition to the quest for finding the cause:
I am pretty sure that my problem is related to switching the phone off and on… E.g.: I always turn my phone off while sleeping and for some time now (might have been since the last update, ain’t sure though) the battery would always be completely empty on the next morning, even if I turn it off with 60% charge or more before going to bed. As it’s pretty inconvenient to start with a phone out of charge in the day I now charge it every night, I know that’s not good for the battery but have little choice so far.

The same correlation between the battery issue and switching on/off I just encountered when trying the spinning test of the battery right now: The battery was at about 70%, I just switched it off and took the battery out for approx. 20 seconds to spin it, inserted it again and bum - the charge was down to 12% and told me to urgently connect the charger… I’m charging it right now and it went up to 16% so far, so seems like a normal charge load.
Although in earlier cases I had the feeling that it’s been recharged way to fast, taking a few minutes and it showed 99% or fully charged again.

Does anyone have a clue? oô

And just to be precise: I have a FP1 from the first batch with Kola-Nut 1.8.7

Thank you all so much in advance!

All the best,
Robert 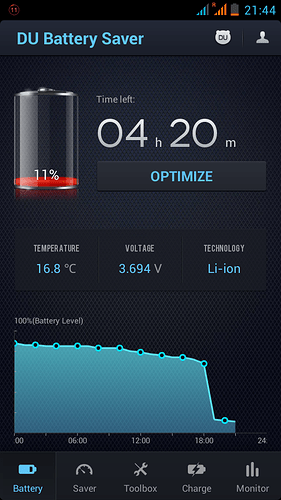