Maybe you can find others, who would be willing to do a bulk order.

I agree with you, it’s really a pity and I would’ve liked to order a second one as well directly. I guess it’s one of the (smaller and more trivial) risks of preordering. Maybe this could be improved with future Fairphones, though…

[quote=“Stefan, post:88, topic:10162, full:true”]
Mayve you can find others, who would be willing to do a bulk order
[/quote] You only need to be lucky enough to have enough fairphoners around you!

Our Aachen meet-up last night actually included @ralfo1704 who came over the way from Düsseldorf.

Actually, did you ever ask support whether it is possible to extend your order by another FP2 back cover? That might not be so difficult!
2 Likes
Chris_R November 19, 2015, 8:46am #91

Yes, if you find that out, please let us know

I just raised this questions to support. Will report back if I got an answer.
Cheers, Robert

Update: After only 40 minutes I already got an anwser
(awsome response time for the support!!):

Unfortunately it is not possible to mutate an existing and paid for order.
If you would like to have several items in one order, you can have us cancel and refund your existing order so you can place a new one including all the items.
This does mean that you shall have a later delivery time for this new order than the old, existing order.

That’s a serious bummer!
They can’t even ship two orders in the same package?

Guess, we do need to pick those cases up in Amsterdam next fall

The Community trip sounds very tempting and yeah I guess that’ll be the perfect moment to pick up a case (if Fairphone is prepared for direct sales). However, I’m actually quite often in Amsterdam, so I’m probably going to pass on coming with you guys. 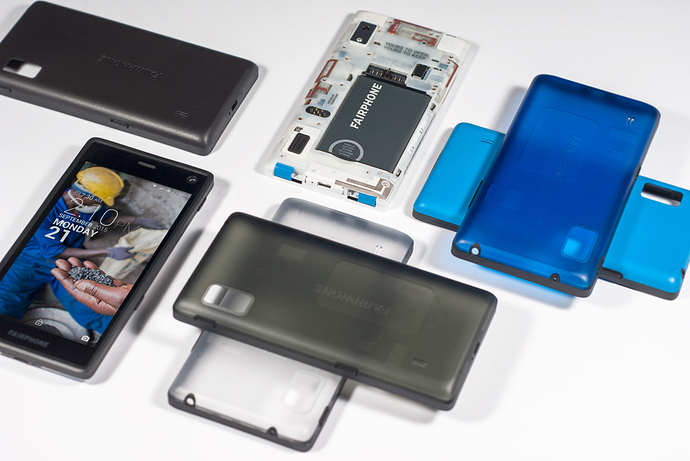 7 posts were merged into an existing topic: Other shipping methods?

Do you plan to add a stylish, cool silver metal back cover? Similar to the FP1 or iphone?
I like the look and touch of metal.

A post was merged into an existing topic: Dec '15/Jan '16/Feb '16 production and delivery thread

A silver one would be fantastic.

That would be a nice way to thanks the FP1 buyers.

It would be funny to have namens for the colors. Thanks to @bennett for the find!

So I’m relieved that the “regular” covers are still manufactured. In my eyes, they look better than the “slim” covers whose design I don’t like.

according to the social media team these are not newly produced, but only the last in stock:

@contraVers Hey contraVers! Those are the last pieces.For now, we have no plans on continuing their production, but we will keep it in mind.
3 Likes
Trust July 18, 2017, 8:01am #111

Seems like I missed a lot since the last time I visited the forum.

Do I get the correct impression, that I cannot purchase any back covers for the regular FP2 anymore? (Let alone that it’s kinda sad that the transparent covers are not produced anymore since I like that nerdy transparent look a lot.)

At least in the shop, I can only find covers for the FP2 Slim and the FP1/U.

I cannot purchase any back covers for the regular FP2 anymore?

There is no ‘regular FP2’ and no ‘slim FP2’. The phone is the same, just the covers are different.