I am trying to watch 360 videos with the Youtube app on my phone, but it doesn’t work. By that I mean I see the full 360 degrees shot in one frame and I am not able to navigate/swipe around. I have the latest version of the app and also searched for solutions for a while before I concluded it might have to do with the phone. Anyone had the same problem?

I just did a clean install of the app, and tried this video*. I don’t seem to be able to reproduce what you’re describing. I haven’t figured out how to swipe around, but if I move the phone around (i.e. turn left/right/up/down whilst holding the phone), the video pans to follow my movement, and I can go round 360 degrees (and again, and again until I get dizzy) this way, so the Fairphone is able to handle these videos. Does the video I linked above also not work for you, or is this issue specific to only some videos?

* apologies for the marketing on this specific video - I just took one of the first ones at random.

Yep, no problems here either.
I prefer this video though

Did you uninstall and reinstall the app, to see if this resolves the issue?

Strange. I’ve tried to also reinstall the app, but it doesn’t work. (And you’re right - I didn’t mean swiping, but indeed what you described of turning the phone).
No 360 videos work, including the one you link to. I only get the whole 360 picture on the screen (which obviously just looks like a weird stretched out image).
Glad to hear the Fairphone can handle it though. Although apparently not mine (yet).

I have tried. Did not change

Just to be sure and rule out any misunderstandings: the YouTube app you’re using is Google’s own YouTube app?

Thank you for checking, Jerry! Yes, it’s Google’s own YouTube app and also tried in my browser (which should also work, but not here). And to clarify, this is what it looks like: 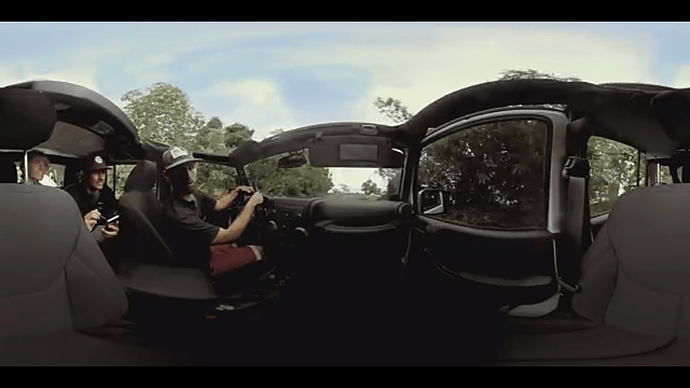 So maybe it is an issue with your network (WiFi vs 3G?) Which network are you using? Have you tried any other network?

PS: Did you mean the browser on your Fairphone, or on your computer?

How could the network play in? My connection otherwise is fine and I’ve tried different WiFis… The video is playing, it simply has the whole 360 view in one picture (as the screenshot shows).

PS: I meant the browser on my phone. (On my computer it works fine, but it’s not so cool to view them there since I need to move the screen with the mouse).

I meant the browser on my phone

Apparently, only chrome supports 360 degree videos. If I play them in other browsers I see the same thing as the screenshot you posted.

I have also played them in Firefox on my laptop without getting this (screenshot) view. However, Firefox was not very happy about it and started to act weird