Will there be a Fairphone Tablet Computer?

Ah okay, I didn’t know they don’t have USB-C. Strange though, USB-C isn’t that new.

I love this idea!! Can I just somehow connect a USB tactile screen to my fairphone 2? Are they called portable monitors?

This issue is not if a device has USB -C but if the port has USB 3 type wiring and protocols. The FP3 only has USB and therefore is limited

Topics around this are quite old, but maybe this one helps

Can I use an external Display via a HDMI-t-USB-cable? I run OpenOS, and I want to install a second OS, Debian (just for the coolness

), but my problem is that a 5" screen is way too small for a desktop OS, so is this possible?

Personally I’m against the thought of a mobile phone as an repacement for a laptop och computer. The user experienace is terrible and the screen bad. I find the larger screens on phones is bad.

I think tablet are on the way out and is probably going towards a merger of the laptop sort of the windows 2-in-1 surface models. Though probably the problem is havning an OS based on ARM or even RISKV that has an desktop enviroment and software that works well for both tablet and laptop.

I would rather se that Fairphone would but their development effort in a 5" phone with IP68 and the regular fairphone-features.

Convergence is what this is called. It’s actually already a reality. Samsung has a desktop interface on their phones. The Librem 5 has a nice GNOME desktop for both mobile and desktop. Android has one now, but it’s a bit half baked (in beta actually). Android 13 beta is almost out, so for sure we’ll see more soon by then. You can also run VMs on Android 13. So you could boot Windows/Linux on it, if that’s your thing.

I would like to support a European sustainable electronic producer

Have a look at

There’s a hugh question about what you consider in those four words.

So the issue comes to what you want to sustain.

I would argue that sustainabilty in the sense used when apllied to consumer items is more a part of ‘green washing’.

What can be a acheived, without any doubt, is to treat the production workers, the supply chain, ‘better’ and it doesn’t matter if it’s a European initiative or not. This is the ‘real’ change that is occuring with Fairphone. Miners and factory workers get higer wages and more healthy working conditions, but that isn’t necessarily sustainably but clearly a more ‘humane’ projection.

If sustainability refers to the longevity of the product I don’t see any sign that that ahs happened with the Fairphone iterations. I see very few Fairphones that live 6 years but all my Nokias and Samsungs have lasted much longer than that, so I don’t see how a tablet woulf fair any differently.

Then there is the notion of user repairability. Where there is this option it can be a relief to the user in being able to understand thier own consumerism and hence take more steps to reduce such if that is a focus of their lifesyle, like a meditation. It may slow down resource use but it isn’t sustainable as far as exploiting resources goes.
To this end Yvmuell has provided a link and if you want to look at a brilliant laptop option check out

Not that I would encourage you to buy anything but many things are worth considering if you care about the qualities you are looking for.

If sustainability refers to the longevity of the product I don’t see any sign that that ahs happened with the Fairphone iterations. I see very few Fairphones that live 6 years but all my Nokias and Samsungs have lasted much longer than that, so I don’t see how a tablet woulf fair any differently.

Then there is the notion of user repairability. Where there is this option it can be a relief to the user in being able to understand thier own consumerism and hence take more steps to reduce such if that is a focus of their lifesyle, like a meditation. It may slow down resource use but it isn’t sustainable as far as exploiting resources goes.

I don’t think (Fairphone’s) repairability is exclusively about the user being able to do it. Your typical smartphone doesn’t make repairs easy so you end up paying high prices for repairs by professionals in western countries but If it’s as easy as it is with the Fairphone you can expect many more people to go for a component swap instead of a new phone. The confidence in being able to repair at a reasonable price can also steer consumers to buy more capable phone models that won’t be starved for resources in just a couple of years.

What Nokias and Samsungs are these

Yes these are ones with removable batteries, not that I ever had to change them, and they are not waterproof and although one at least was in a tidal river overnight and had to be dug out of the mud the the next day, washing and cleaning it made it useable for another three years. The Nokia is not a ‘smart’ phones but clearly had more integrity that those that claim to be smart 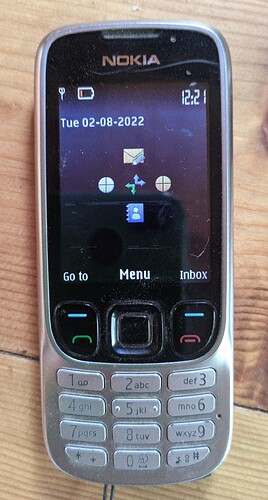 My current Samsung is the Alpha from 2014 which is relegated to a music player with about two hours of battery life as although ‘smart’ doesn’t have Wi-Fi calling and my new residence doesn’t have network connection. 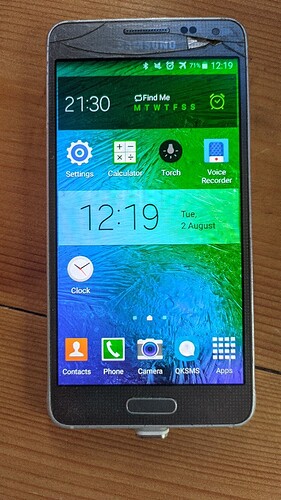 Ah, well I think you’re probably a bit of an outlier in usage patterns. Before 5 years was up I’ve had Samsung Micro-USB ports go bad (I think the issue is more with the port type than the vendor), batteries become completely unusable. Camera glass has shattered. Certain Android apps like Google Maps have also become painfully slow as new updates to these apps have arrived. Meanwhile security updates have been long gone. Fairphone helps more with some of these issues than with others but easy repairability definitely would have made a difference.

Certain Android apps like Google Maps have also become painfully slow as new updates to these apps have arrived. Meanwhile security updates have been long gone.

Yes those are absolutely confirmed, but not an issue in the first instance as I don’t drive, and I never use phones for banking.

I have cracks in some screens which I fill and cover with clear nail varnish, which seems to last for years.

As far as my ‘usage pattern’ goes I therefore hope, but don’t expect my Fairphones to last ten years. OH and most are hand downs from my children who’s use was anything but benign.

Hi thank you for your reply

That use open source software

Well, you can buy the Framework mainboard (the 11th gen ones are on sale right now and I bet you can also find a used one for cheap because people are upgrading to the 12th gen) and battery, get yourself some external touchscreen (ideally with a USB-C port on the back), 3D-print a case and you’re good to go.

It will be more on the thick side, but modular and easily repairable.

It seems that somebody has been already working on this: 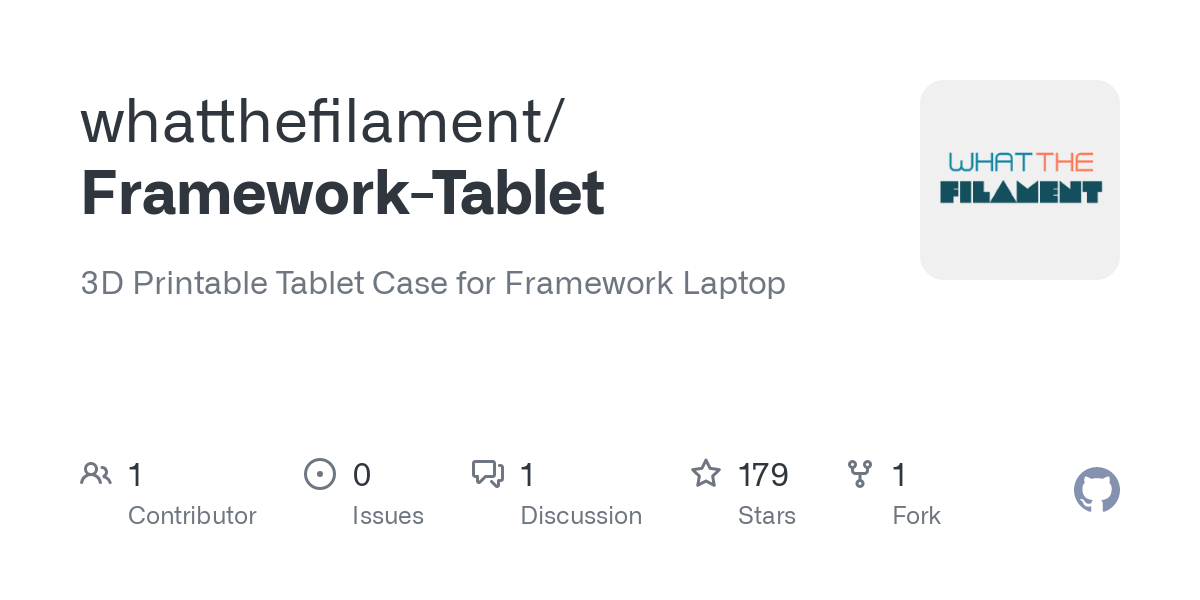 Of course there is the option noted by Razem

But let’s look at the problems I extract in the quote.

I agree that supporting Europen companies makes sense for Europeans, but is that because it is ‘our’ family and hence by doing so we support ourselves. If that is the case then it is not the ‘best’ idea as it reeks of nepotism

My agrument then goes to support ‘democracies’ and I would argue the USA is the forerunner there, despite the overriding power it has amassed ~ another argument.
So Europe and the US are fine, as are a few other democracies, notably Taiwan

Not made in China
So many parts are that it is very difficult to avoid that, note the Fairphone is actually made in China, so we Europens exploit China yet don’t want to support China.
Clearly a very hypocricitical choice for some of us. If it wasn’t for the fair trade etc. I would stear away from Faiphone.

The first in nigh on impossible to acheive, though many memory chips etc. are made in Taiwan. But to source keyboar, screen, batteries etc . . . . .

I haven’t come across a company that actively tries to avoid China, well at least not publicly. So here is a problem ethically I have. I do not want to support the CPR but I do not want to encourage a boycotte. I do not like co-operatives that are bend on obstructive and alienating ethics. Note Fairphone are not anti China and do not mention it. In fact Fairphone pay ‘Chinese’ more and so support them more that the so called anti-China mob.

OK back to more local shores.

I have a raspberry Pi made in the UK, with a South Korean monitor, a Slovenia keybaord and sadly a ‘Cherry’ mouse made in China. Running from Solar panels made in India and batteries from Canada.

The Framework again is not anti China yet unlike the Fairphone is manufactured in Taiwan.

Before I leave this there is the Cairn Mesa - A project of a modular laptop not a tablet but by buying into the Fairphone, the Framework etc. I am making a statement and supporting people, no matter where they reside, under what ever business umbrella, that I am concerned with the problems we all create through our consumption.

It’s really comforting to know that there are soem people who will put their money where there mouth is an invest in treating people more kindly, whereever and whoever they are. It is really not about supporting the EU, US or China but my own philosophy that I don’t want to be a consumer and if I am then by continuously trying to reduce my impact, all others are free to makes theirs with less conflict.

Sort of changed my mind. I would love an Tablet, they have their use.

I ever Fairphone would make an tablet, then i would prefer it have 2 USB-C slots. And an unlockable boot loader and open source firmware, if that would be the case then i would se many Linux developers flock to this and use this to develop distros for tablets.

Just notice this 13" tablet that boast an i5 Tiger Lake CPU and Fairly paid factory workers. is this too good to be true ??