Will the Fairphone 2 connect with Ubuntu PC?

Hey everyone. I’m quite new to Linux and also not techy enough to answer this question myself. Also I don’t want to bother Fairphone team with questions that are not too important to me, so I thought this might be a good question to ask in the forum.

I’m using Ubuntu and I’m totally loving how quick and easy I’m able to access my Galaxy S3 mini’s storage without having to install further drivers or anything (On Windows I had to reinstall drivers every time I flashed CM or wiped the phone). But Linux’s problem is usually that it takes a while until newer devices like graphics cards, cameras or whatever are made compatible to Linux computers. What does this compatibility depend on? Is there a way to tell whether my FP 2 will work without hesitation when I connect it to a Ubuntu machine?

Is there a way to tell whether my FP 2 will work without hesitation when I connect it to a Ubuntu machine?

Hi. Right now I define “connect” in your case as browsing its SD card, not as talking to android? So “normally” just talking to the SD storage should work although “USB mass storage” access on Android >4.0(?) was changed so it now uses MTP /PTP. So yes, it should work.

So for me this compatibility depends on the MTP implementation and the usb system. The mtp-tools will help you finding the problem if it does not work out of the box, but normally it should “just work”.

I don’t have the right cables with me, else I could tell you how that would look right now.

And in case, you wanted to use ADB, something similar tot he following should work:

(Being happy that I found this link again…)

I came to this question when I wanted to transfer an audiobook from Ubuntu to the phone and was glad I didn’t have to set it up before it works at 3 in the morning. Also it didn’t take 1-2 minutes until the computer even realized there was a device added like it sometimes does on the Windows machine. So MTP should be enough to do that job.
I have used ADB before to flash a ROM but I wasn’t aware of all of its capabilities.

So if something is not working … make sure that the screen is not locked and that “Debug USB” is deactivated. Like this, at least usb-storage should work (it normally shows two “disks”).

One more note: If you attach the usb cable (to the phone and the computer) and open the notification panel on your phone, you can select “USB connection” and choose the mode you like with “Connect as …” (reading the forum, a lot of people forget to change this and do not know in which mode their phone is right know … if unsure … double-check!)

Using the cmd line on a linux box you should be able to see something like:

Please let us know if it worked for you, so if this question comes up again, we know it worked a least once!

Please let us know if it worked for you

If I forget about it feel free to remind me

If I forget about it feel free to remind me

I’m pretty sure it will work out of the box. The new FP2 is pretty user friendly setup-wise, same with Ubuntu.
If the fairphone project wants to be extra nice, they report the FP2 VID/PID to the libmtp development team. It will even work without, but like this it will feel more polished and “Apple like”.

Looks like the FP1 already created some problems so there is room for improvement.
http://sourceforge.net/p/libmtp/code/ci/HEAD/tree/src/music-players.h

SD cards might be easier in a way but I don’t want to open the phone, remove the sd card, place the sd card in an adapter an then put the adapter in the computer. Easier to plug in a cable that is always on my desktop IMO

Looks like the SD card slot is accessible from the outside, maybe without removing the cover. 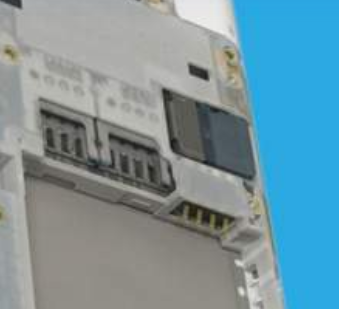 It works exactly the same as a Samsung does. I use airdroid to move files normally, but just plugging in with a cable works equally well. I have exactly the set up you’re talking about, FP2 and an up to date Ubuntu laptop.

I have exactly the set up you’re talking about, FP2 and an up to date Ubuntu laptop.

I’m pretty sure you don’t have an FP2!

Looks like the SD card slot is accessible from the outside, maybe without removing the cover.

Sorry Guys but no : the case must be removed in order to access the SD card

Which is a good thing from my pov. This way the SD card is save from dirt and moist and its stil easily accessible even wo/ removing the battery.

Yup. Right now I have to remove the battery first and that’s just pointless.

I also recommend using KDE Connect, which allows you to do a few things between your computer and Android phone, including sending files both ways as long as you are connected to the same Wifi network. Very handy tool.

On the computer side, follow the instructions on the website;
On the phone, head to F-Droid (or Google Play).