The settings in the Fritzbox 6660 are clear. One button for 2.4GHz another for 5GHz. Set one or both to wifi6 pure. If one can’t catch all available devices with this wifi setting there is only the option to stepping back from wifi 6. The next lower option is wifi 4+wifi 5 (5GHz) and wifi 4 (2.4GHz).

That’s the maximum supported standard. You can turn that down if there are (unexpected) compatibility problems. Backwards compatibility means that you don’t have to, unless there’s some firmware/driver bug. The reason there is a 4+5, is that 5 is not available on 2.4GHz so it indicates your 2.4GHz devices will fall back to wifi 4 if wifi 6 is not available.

The topic is WiFi 6 for FP4

It’s not about other devices compatibility.

Am I missing something here?
Maybe a new topic?

Chat about Wifi 6 and Wifi 6E for FP5

TBH I did not read the whole thread, but to use the advantages of WiFi 6 both devices (e.g. access point and smartphone) must support the new radio standard, and I think the philosophy to keep electronic devices as long as possible should be followed here as well (if there have been no communication issues so far).

Besides, Fairphone have had so many issues by now that I think everyone can be relieved to see the launch of a new device featuring proven and solid technology. I am convinced that this move will have a great impact on stability and reliability which are essential values a smartphone must deliver in order to achieve longevity.

In other words: We do not need another cause for unnecessary reboots, just in case…

You can turn that down if there are (unexpected) compatibility problems.

Which is the case when devices simply do not see/list any of ones available wifi 6 networks.

The reason there is a 4+5, is that 5 is not available on 2.4GHz so it indicates your 2.4GHz devices will fall back to wifi 4

Partially true. The settings button for 2.4GHz doesn’t even have a wifi 5 option to set. It is wifi 4 and the next is wifi 6.
But I could also have kept the 2.4GHz band on wifi 6 and just step the 5GHz band down to wifi 4+5, to me this however wouldn’t had made much sense.

if wifi 6 is not available.

It doesn’t look as the router would do some kind of “auto fallback” magic as we know it from mobiles themselve like if there is no 4G mobile network the device automatically falls back to 3G or else 2G.
If there is no 4G network available it’s simply one device doing auto fallback (let’s neglect maybe having its tethering wifi hotspot feature activated with some friend using it). No other device would be affected in this case.

It clearly looks like routers work differently with wifi networks. Which sounds totally logical to me. Just imagine the router would offer wifi 6 and there would be many devices compliant and connecting to it. Now some device enters the sphere being only wifi 4 compliant and the router would automatically fallback to also catch this device on the wifi 4 level…I believe it wouldn’t be interesting to even use this network at all for the other wifi 6 compliant devices (users).

There are good reasons why the wifi standard has to specifically be set in the routers configuration and there’s no auto fallback feature afaik.

I could experience with both settings at wifi 6 the notebook did not see any network from this router. After stepping down both bands the NB listed both propagated networks, the 2.4 + 5GHz and instantly connected to the preferred.
If there were some auto fallback feature going on in the router I would expect it to work just the other way around.

It clearly looks like routers work differently with wifi networks. Which sounds totally logical to me. Just imagine the router would offer wifi 6 and there would be many devices compliant and connecting to it. Now some device enters the sphere being only wifi 4 compliant and the router would automatically fallback to also catch this device on the wifi 4 level…I believe it wouldn’t be interesting to even use this network at all for the other wifi 6 compliant devices (users).

This is not what happens with wifi 2/3/4/5. I don’t see a reason why this should happen with wifi 6, I think you’re facing a router bug if it doesn’t expose the network correctly. One router isn’t indicative for all of them.

Obviously the latest AVM Fritzbox 6660 firmware is unknown to you. Just some days ago I configured such a box. The main issue was about wifi 5 and/or wifi 6 propagation as there were also some old non-wifi 6 compliant devices in the household, it wasn’t about wpa security. Yes, I believe you do know the difference.
On the other hand my Fritzbox 6890 LTE offers wpa3 since the firmware rolled out somewhen last year, but it’s not wifi 6 capable. These are simply two different settings in different menus.
Btw. in my Fritzbox firmware it’s wpa+wpa2 or wpa2 (ccmp) or wpa2+wpa3. No sole wpa3 mode selectable. So any registered device will use what its hardware and driver supports, be it wpa2 or wpa3 no matter to what wifi network it’s registered.

WPA3-PSK has PFS, which is a neat security feature (I still would use Wireguard on top of it though). When your device supports WPA2, it can support WPA3 as well, it just needs a firmware update. What companies are doing is not updating the WiFi firmware (on both clients and APs), ie. planned obsolescence ie. hardware support is BS. Infuriating.

Now, say your one device old tablet supports WPA2-PSK, and your new smartphone supports WPA3-PSK. Your new smartphone has PFS, your old tablet does not. They very likely don’t talk to each other but with AP → router → internet instead. So the data integrity has nothing to do about comms between these 2 devices; hence why you can have a WLAN AP with WPA2-PSK and WPA3-PSK. You could even set up two APs with a different PSK, but it’d require two radios (to give some perspective: my ‘pro’ Ubiquiti WLAN AP has 4 and many WLAN APs have at least 2 nowadays: one for 2.4 GHz, one for 5 GHz). I’m not sure about downgrade attacks and the like, the point is that the device can offer both WPA2-PSK and WPA3-PSK, to offer a grace period of backwards compatibility, and then at some point poof we kill off WPA2-PSK, same like with e.g. TLS versions or old browsers.

What I think makes WiFi 6 interesting is the client using less power (IIRC due to beamforging?) and possibly the mesh (‘P2P’) feature. The former is nice on any mobile device with a battery (all of them, right?), the latter is nice to have less wired devices in your household. Think of it like you could place a NAS literally anywhere in your household, with it directly connecting to a client. Or two clients gaming with each other.

The answer is no because Wifi 6 is better for phones apart from higher bandwidth.

Hi Maria_Allen Welcome to the forum.

That’s a short comment on a long topic so I don’t quite get what you are referring to where you say Wifi 6 is better for phones. Do you mean it is less demanding on the battery?

EDIT: The maximum (highest) bandwidth on Wifi 6 is the same as that on Wifi 5 which is 160Mhz, although it does add another 7 channels according to. 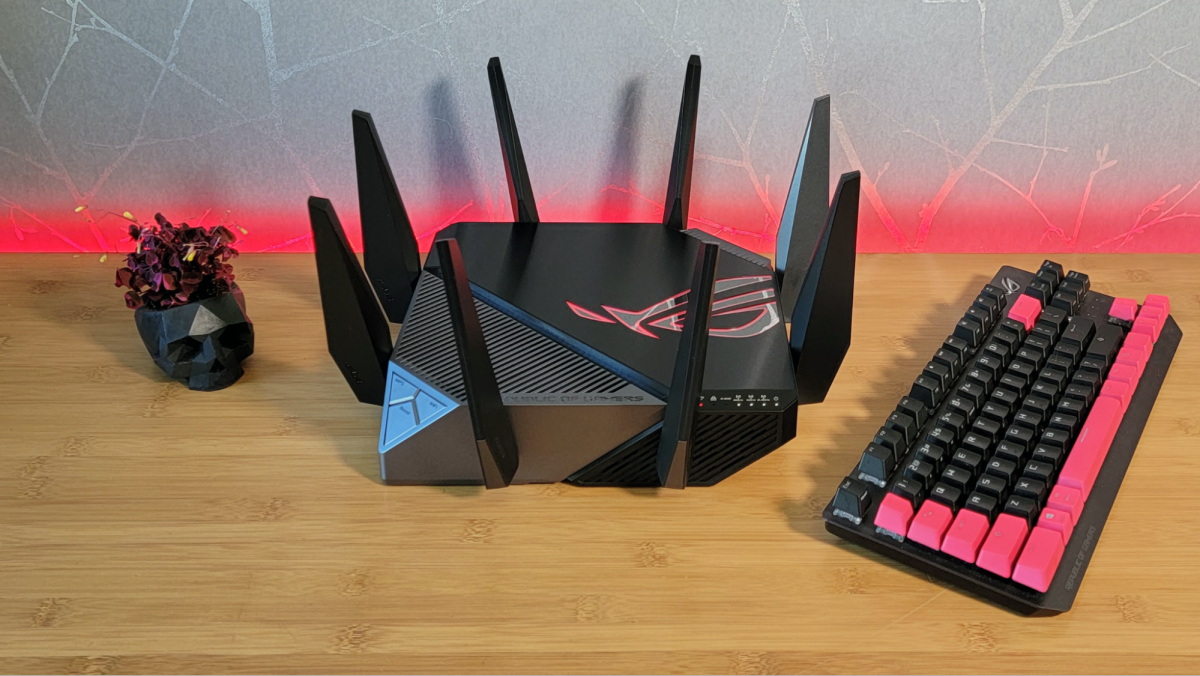 And why you may not want to splurge on a 6E router just yet.

On top of that, this band brings with it an additional seven 160 MHz-wide channels (currently, there are about 4 with normal Wi-Fi) bringing a great deal of additional headroom to a network.