Why is FP Open OS behind FP OS?

I’m also waiting (im)patiently for Open OS with Android 6. I still don’t understand why the FP OOS release always lags behind the regular FP OS. Would be much nicer and ‘feel better’ if they’d be released simultaneously.

@rkennke On the other hand, Fp OS users test the ground and trigger the traps before we can upgrade

Many thanks to them!

In my opinion, it should be as follows:

Alpha and beta versions of Open OS are mainly for testing purposes, and those who use Google services and do not use alternative software might have to rely on stable builds of the OS.

I moved the above posts from here as this discussion was going off topic.
We had this discussion some times before, but I didn’t find a topic dedicated to it outside the FP2 beta section.

As far as I remember the main reason why FP Open is behind is due to G%§$e.
Since G%§$e has to approve all official OSes that include G Services and check them for some errors in the code it makes more sense to work on FP OS first, get it approved and then start stripping it off of G%§$e stuff.

Why should they let G00gle approve FPOS and then strip off GApps to make OpenOS???
Wouldn’t it be much easier to make OpenOS first and then integrate G00gle, instead of making an OS, integrating G00gle and then deleting it again?? 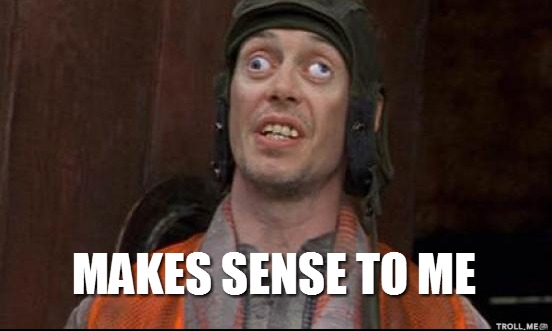 (sorry, I don’t know why, but I am addicted to memes at the moment…)

Fairphone receives the builds from Google with their services integrated, right? If Fairphone know which Google stuff has to be withdrawn and how for Fairphone Open OS, they should know how to integrate them again for Fairphone OS. (I have to admit that further testing would have to be done…)

I think we are waiting for the following to happen but it just takes longer than expected.

From talking to Fairphone devs, I’ve learned that originally there were separate build trees, with the closed tree being partly developed by a third party, and changes being copied into the open version later. AFAIU Fairphone has worked hard to pull most of the development in-house, making them less dependent on external parties. Also, this allows to merge the open and closed trees in the future, so the open bits can be shared between both versions, simplifying development and eventually perhaps developing / releasing the open version before the closed version.

This is also what I understood when I talked to the developers at the Marshmallow breakfast.

Another aspect: As far as I understand, Fairphone Open OS is only used by a niche of users compared to the numbers using Fairphone OS. I can imagine it wouldn’t sit too well with an outspoken part of the majority if they had to wait for the niche to be catered to first, even if the following would then be very true the other way around:

On the other hand, Fp OS users test the ground and trigger the traps before we can upgrade

Many thanks to them!

Fairphone receives the builds from Google with their services integrated, right?

No, doesn’t work like that. Fairphone do all: upgrades the system, fixes bugs, integrates Google Mobile Services, fixes more bugs and then, sends the releasse to Google for authorization. Google just responds ok, my services work or not ok, my services don't work (Google is effectively a parasite).