Why does FP focuses on Android 7 while it's already two years old?

To get me right: I’m not the type of person who wants the newest whatever because it’s the newest one. But coming to software regarding long-term support it’s really unusual not to start a LTS with a version of software / OS which was published round about one and a half year before the beginning of development for LTS.

Surely, the FP company has their reasons… I’d like to have

The blog post from earlier in the month has some insight

Update, 17 Aug 2018: In May, we shared that we’re working hard on getting Android 7 into the hands of Fairphone 2 owners this summer. It’s August, summer is ending, so what’s up with Android 7? The development process started early this year. This...

Bearing in mind that many OEMs didn’t update from 5 to 6, Fairphone is doing pretty well to get us up to Android 7.

In the meanwhile, Lineage 15.1 (Oreo) has now been released and runs well on the FP. But this is still an ‘unofficial’ OS for the FP even though it’s officially supported/maintained by Lineage now

Well, I am not a Fairphone employee or have any special insight.
So, here is just my own reasoning:

Planning a project like a modular phone takes quite some time and you have to start with the stuff available at a certain time. Given only a limited amount of money and staff, you can’t just switch design when a new OS-version is available, needing probably another SoC.

And right now it’s rather a kind of miracle Fairphone manages the update to Android 7, as the hardware seemed to be not supported by Google.
As @Chris_R already said:
Making the way from Android 5 to Android 7 is anything but a regular occurence for smartphones.

Another aspect I’d like to mention is the distinction between feature upgrades and security updates / patches. Google also releases security patches for older Android versions, but at some point they stop doing so. The latest Android Security Bulletin includes patches for as far back as Android 6.0. So the higher the Android version, the longer a phone receives security patches. Thus Android 7 will prolong FP2’s secure lifetime at least further than Android 6.

From a technical point of view —expanding @Chris_R’s explanation—, when you depend on other hardware manufacturers (OEMs) —Qualcomm for the SoC, others for cameras, etc.—, all of them with proprietary drivers, and Google for the device certification to use their mobile services…: 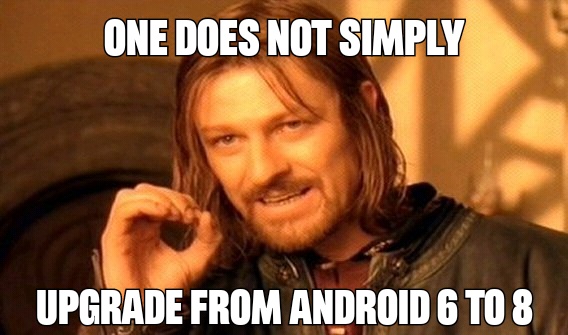 There’s more detailed and technical information on this #epic topic Android 6.0 Marshmallow / 7 Nougat for FP2? and this Official Android 7.1 <-> LineageOS 14.1

Furthermore, you need to care about the upgrade process for your users, which have personal and critical data in their phones. The upgrade path is infinitely easier from 6 to 7 than from any other random version jump.

I could not find in those epic threads what is the real difference between Android and LineageOS that would affect feasibility of the upgrade.
I installed LOS_14.1 long time ago and everything works perfectly. (now I upgraded to 15.1 and there are very minor bugs).
Why is it so much harder to update the original Android, which would work as intended by google engineers, than to do all the cutting, repackaging and other combinations they do in LineageOS?

Why is it so much harder to update the original Android, which would work as intended by google engineers, than to do all the cutting, repackaging and other combinations they do in LineageOS?

Lineage OS is an aftermarket OS. It is released as is, without guarantee and any liability.

A comercial OS is another thing. It needs to be supported. And manufacturers of hardware parts need to support them as well to some sort. Furthermore, to publish an Android OS (with Google Mobile Services), it is a requirement that it passes the GMS Compatibility Test by Google.

(This is a sort answer. You should dive into the #epic topic regarding updates to see the full picture and all the moving parts involved in the process.)