Why do mobile phone buyers have to buy a protective case?

With the danger of sounding like a grumpy middle aged man, I always wonder why we consumers have to buy additional protective cases for our phones. Why can’t a manufacturer incorporate this protection into the phone design??

Possible a person might want to give their phone a personal touch using a flashy case, but particularly in the case of Fairphone you would expect that this additional accessory would not be necessary??!!

The FP2 was designed as you require, however the “case” was made of “hard/durable” plastics which broke quite often, that might be a reason?

I would love to have bumper for the FP4 as it was initially shipped with the FP3.no idea why they stopped that.

Else such protective stuff makes phones bulkier and I guess many are fine to use their phone without Protection?

Either way and however you decide as a manufacturer, there will always be grumpy old man that are not satisfied with the decision🤷

Nobody is forcing you to use a case

I’ve never used a case on any of my previous phones (not Fairphones to be clear), and apart from two broken screens I had to fix, they’ve all been fine. The FP4 seems sturdy enough as well, I mean it’s largely made from aluminium.
I only put it in a case while cycling, cause it’s easier to attach to the bike, other than that I don’t see a reason

To be fair, FP4 is pretty sturdy and durable on its own. And the protective case is, as you say, an additional accessory. I believe the reason is simply that the phone would become too bulky. In addition, these cases are usually made of some kind of “rubbery” material like TPU or silicone (to absorb impacts), which wears out over time. You can’t easily replace the phone frame when it breaks. But you can replace the case.

I would love to have bumper for the FP4 as it was initially shipped with the FP3.no idea why they stopped that.

From what I know, the FP3 shipped with a bumper because Fairphone’s drop tests suggested it needed one.

Hi and welcome to the forum, grumpy as you may be.

Clearly no one here can give a definitive answer but I feel obliged to offer some comments.

But If you are not happy with this response

By the way you are clearly not that old ‘middle aged man’ so don’t worry. The grumpiness is a part of the ‘mid life crisis’ and will pass, albeit ever so slowly and one day you will not ever be grumpy again no matter what holes you fall into.

Watch out for holes and young people.

Why can’t a manufacturer incorporate this protection into the phone design??

Because not all people would like to buy a bulky phone that looks like that for example: 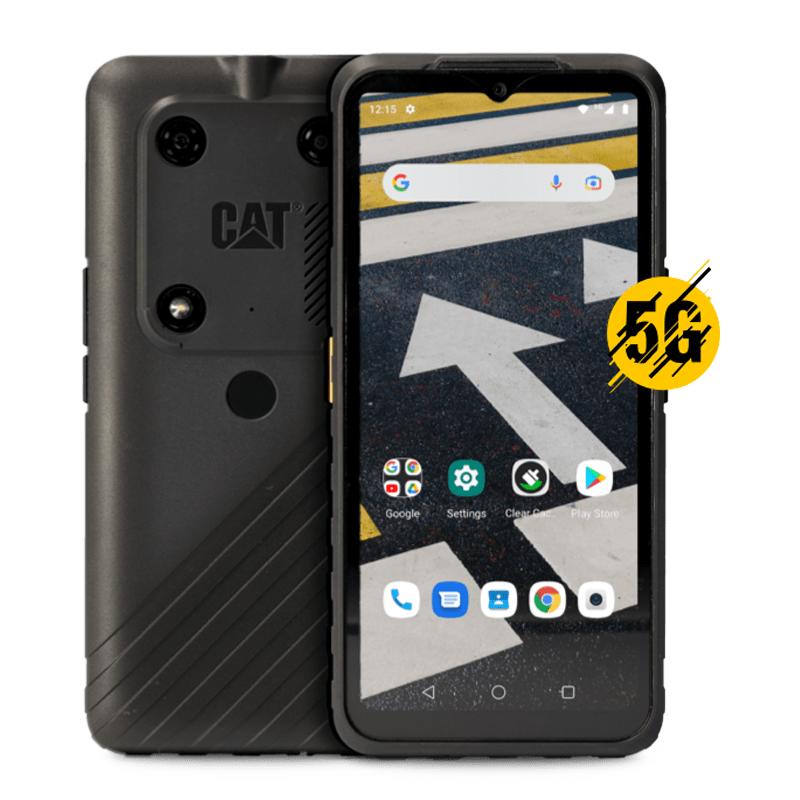 Built Tough. Real world tested. The first Cat phone withsuper-fast 5G connectivity Whether it’s needed for enhanced productivity on a busy construction site, accessing shared work documents, or calling in the next job. The Cat S53 is an Android...

Phones should look lean and clean. And not everybody likes a sturdy case, when they want to put the phone into a clam shell case or a store it in a sheath, a bumper might spoil this.

I always wonder why we consumers have to buy additional protective cases for our phones.

I dunno, I’ve never bought one. I just keep the phone in a belt pouch instead (sized to fit the phone, a fairly snug fit). A built-in case would just ensure that the phone no longer fit in belt pouches, third-party cases etc sized for phones of that size…

you don’t seem grumpy to me …
Personally I bought the soft case 1. to protect it if it falls on the floor (happens to me yes) but 2: mainly because I hoped the phone would be less sinsitive.
The phone is very sensitive and acts like a big touchscreen in my opinion. I find that very awkward. Unfortunately it does not really what I was hoping for

I agree with Martin.
And I do not think, that all these bumpers and protective cases that tend to make the phone bulky would be necessary, if the phones were build right.
Since my loved Nokia N900 died 2013 (my children broke the charge plug), the Fairphone 3+ is my seventh phone.
I “destroyed” six phones, by breaking the display glass. Now, with the Fairphone, repairing a broken glass will be an option. OK.

However, why should the display break at all?

All the time, I wonder, why it was possible to build a brilliant phone like the N900 with a flexible, yet scratch resistant display?
Why is it possible to have a high end Notebook with a touch screen that is bright and brilliant, high colered and with high resolution, whithout a breakable glass?

The change from a flexible display to glass display was about the same time, when most phones started to ship with a non-removable battery. Pls. don’t blame me, when I think, this is related.
Regards
Frytz

I wonder how many people want a really indestructible phone, how many people want a really sleek, thin phone, and how much crossover there is.
I’m sure there are engineers at ESA or NASA who could give you both of those things, but even a mass-produced version would probably cost a fortune. I suppose making them slim and then letting users add their own protection is a fairly simple way to bridge that gap.
Personally, I would like my phones to last more than just a couple years. Asking anything to survive that long in my pocket without taking damage seems like a tall order. I’ve found that I can get a decent phone, get a pretty hefty cover, and then use it until the cover wears out. Then I have a phone that is still in nice condition, and can last another year or two on its own.
That doesn’t seem unreasonable to me…

I understand your problem absolutely. I believe one reason is that manufacturers competing each other by specification numbers. Who can make their phones 0.3mm thinner, better phone to screen size ratio. (Not to mention glass backs, etc. that can break easily.) But these are numbers looking good on specs sheets but makes the phones more fragile. Then people put a 1.5mm thick bulky case on their phone to protect it. I would love much more a half mm thicker but more rigid phones without a case than a thin one with a case.

I have a FP3+ for two years now, and I really like it from this aspect. When I received it, it looked quite robust (and bulky and outside today trends :sweat_smile: ), and the sides of the casing is a bit higher than the screen glass. So I didn't put a protective case on it. It survived quite a few falls now and it holds together very well. I have even dropped it to the asphalt during riding a bike at 30 km/h.

... so yes I agree with you, as a mid aged grumpy man, there is a lot room for different smaprtphone designs.

why it was possible to build a brilliant phone like the N900 with a flexible, yet scratch resistant display

a 3.5" screen is a lot tougher than a 6" screen at the same thickness of glass and the 3.5 may have had thicker glass as it wouldn’t add much weight to that style of phone either.

Hello, Martin.
I have been wondering about that as well. And I wondered what the whole story was with those extra-hard (grin: gorilla?) screen protectors.
If original screens are supposed to be “tough”, why did so many screens seemed to be broken? (Or is that a gimmick, a designer thing like torn jeans?)

When I got the Samsung phone (soon replaced by Fp4) it was glass all over. So I bought protection, and it saved the phone over 5 times in this 5 years.
Belt clip holds the case,
for easy carry (men have no hips, so we need a belt, and that serves as an easy pocket)
Case protects the phone. Hard corners.
O, and the original glass was too smooth for my grip. The case is rougher and doesn’t slip.

Nobody sold something like that, untill the internet had one on display.
(On arrival, it turned out to be sent from eastern Asia? )
So this case got its first ‘dent’ only last week.

I hope to find an easy-carry beltclip click-on protective case for the new FP4. But does it need being made and shipped over 20.000 km?

As for FairPhone: if/when they offer a ‘sustainable’ and real protection, it may sell. For those who want one. Optional. Like earbuds are optional,

why did so many screens seemed to be broken?

How many Fairphone screens, how many Apple screens etc. what data are you using ??

As for FairPhone: if/when they offer a ‘sustainable’ and real protection, it may sell.

Maybe you missed the focus, it’s fairtrade not the screen or earbuds repairability

The OP asked why the “case” isn’t included, and I gave my “reasoning” behind that idea: not environmentally “OK” to push people to buy things together, if they only want one product.
So the comparison: the offer to buy FP 4 with (free) earbuds specified: “don’t include them if you don’t need them” They weren’t included in the FP offering, but optional.

But yes, I’m only guessing. I cannot read Fairphone’s intentions.

Why can’t a manufacturer incorporate this protection into the phone design??

They could, Would just make the phone more expensive. And why do it once if you can sell numerous case to the customer over the phone’s life cycle – with a much higher marging than for the phone itself?

One therefore has to ask, as you have, why not build it in? There appears to be no logical explanation for its exclusion - especially when the cost for others to develop & produce such protection is taken into account.

So, rather than make poor attempts to put Martin down in some way as he is <25 years old, please enlighten both him and me. I, for one, look forward to the avalanche of logic laying out the plethora of reasons why…

BTW. The protective cases available for the FP4 are, well, pathetic. As a consequence I’m being forced to give mine up simply so I’m not continually repairing.