I am interested what Eva Gouwens (big boss Fairphone) earns.
Where are the Salary data of employees and management?

Although I guess it’s not that much, it’s actually a valid and important question in my opinion.
I’m not sure, but maybe @lorahaspels can help us out here…

When I looked for it, there was not even one annual business report available.
I guess, that’s due to the company structure they choose; they do not seem to be obliged to publish that kind of data.

The investment sheet for the crowdfunders predicts €5,5 million of personnel expenses 2019, and €6 million for 2020, which would be for nearly 80 staff (https://www.fairphone.com/en/about/team/?ref=footer) if the projections were correct (and the half-yearly report of H1 2019 sent to the investors, suggests that the actual figures are not far off.)

Doesn’t say anything about the CEO though and I have no idea how many of the staff are employed full time.

To the mods: feel free to delete if I’m not allowed to share this.

Wouldn’t some rulebook for you as an investor or some disclaimer in the report say whether you can share this?

I can hardly believe, that a disclaimer in the report would be enough to make the information in these reports a secret.
The inverstors rather would have to be committed to secrecy beforehand. (Which of course might be part of the investment-papers.)

But the kind of information shared in this posting seems not exactly to be very revealing or secret.
Posting the reoport as such online on the other hand, that would be a different piece of cake.

The publicly released investment sheet has annual personnel expenditure numbers for 2014-17 and projections for 2018-2021. The H1 results suggest the projections are accurate. I therefore personally don’t think this information is that likely to be restricted, but if there is some form of confidentiality clause as part of the investors’ agreement then that’s another matter.

I can hardly believe, that a disclaimer in the report would be enough to make the information in these reports a secret.
The inverstors rather would have to be committed to secrecy beforehand. (Which of course might be part of the investment-papers.)

Just read the contract, and there is a confidentiality clause. I’ll edit my post. (The report itself contains no disclaimer.)

Just read the contract, and there is a confidentiality clause. I’ll edit my post. (The report itself contains no disclaimer.)

I noticed that Shiftphone gives away the distribution of wages in their Wirkungsbericht (page 15)
For the two CEOs they mention them to not receive the top level salariy. I assume, their benefit is ownership of the company.

Interesting!
Unfortunately, there is no real way for number-crunching and comparing the numbers.
Shiftphone declares, that their workers are paid 6030 RMB (I guess it’s CNY), which equals about 786.5 Euro (3 times the minimum wage of that region). So the add-on compared to the minimum wage is 524.3 Euro.
Fairphone on the other hand declares, that for every FP3 an amount of 1.5 Euro is for a workers fund, that is equally distributed between all workers of the factory, no matter if they are working on the Fairphone assembly-line. If every other company producing with Arima would pay that amount for their devices, the workers would receive a living wage.
Just for comparison: if FP produces 350 phones per employee per month (4200 per year) in China, that would equal 525 Euro. If they sell 200.000 phones a year, it pays the same wage as shiftphone for 48 workers.
Just some thoughts, for what it’s worth.

Source for the FP data: 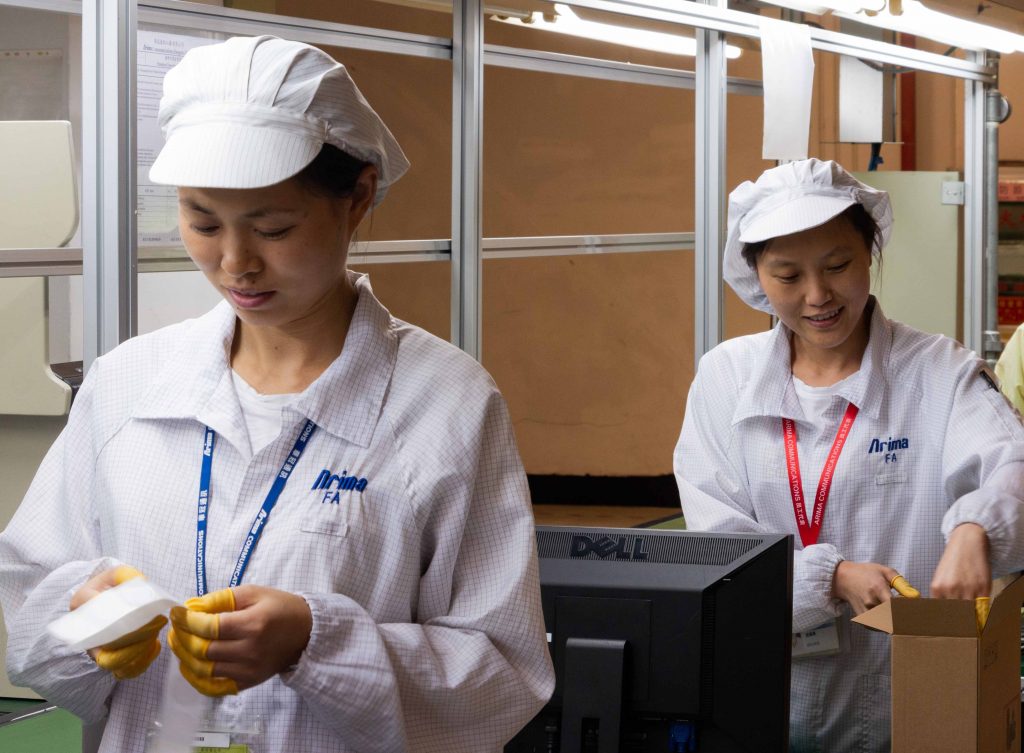 Meet the Makers: The people behind your Fairphone - Fairphone

I’d like to introduce you to just a few of the people who make the Fairphone 3: Xu Shang Chao, Li Su Fang, and Zhao Hui Li. They all work at Arima (our final assembly partner) in China. A Fairphone isn’t just another product: it is the people that...

why ask here, this is a user/fan forum. How would we know?

Why should Fairphone be obliged to publish those?

Hi BertG,
If you are interested in the details, we recently published a white paper that goes in depth on what a living wage is and how we went about to implement it at our supplier. It can be accessed via the ‘Our Impact’ page or https://www.fairphone.com/wp-content/uploads/2020/02/016-009_Whitepaper_Working_Conditions.pdf

Since September 2019 a total of 230 workers, also those not on Fairphone production lines, have received a bonus up to 3250 RMB per person. That’s about 425 Euro and equals 1,5x the local minimum monthly wage, so its a significant extra for these 230 people.

thanks a lot for that information.
I haven’t had the time to read the report in full, but it’s even interesting at first sight.
And I am looking forward to the results of your evaluation.

P.s. Those kinds of information and reports are my reason to state, that Shiftphone is clearly behind in transparency and informtion.
And I guess, it should be pointed out, that such kinds of reports and evaluations do cost money, that has to be earned by the phones sold. Unfortunately the money spent that way often is not taken into consideration, when discussing prices.