Use a Type-A USB connector with FP2's expansion port

What I ended up doing myself was to get longer screws and attach the PCB with a bolt. 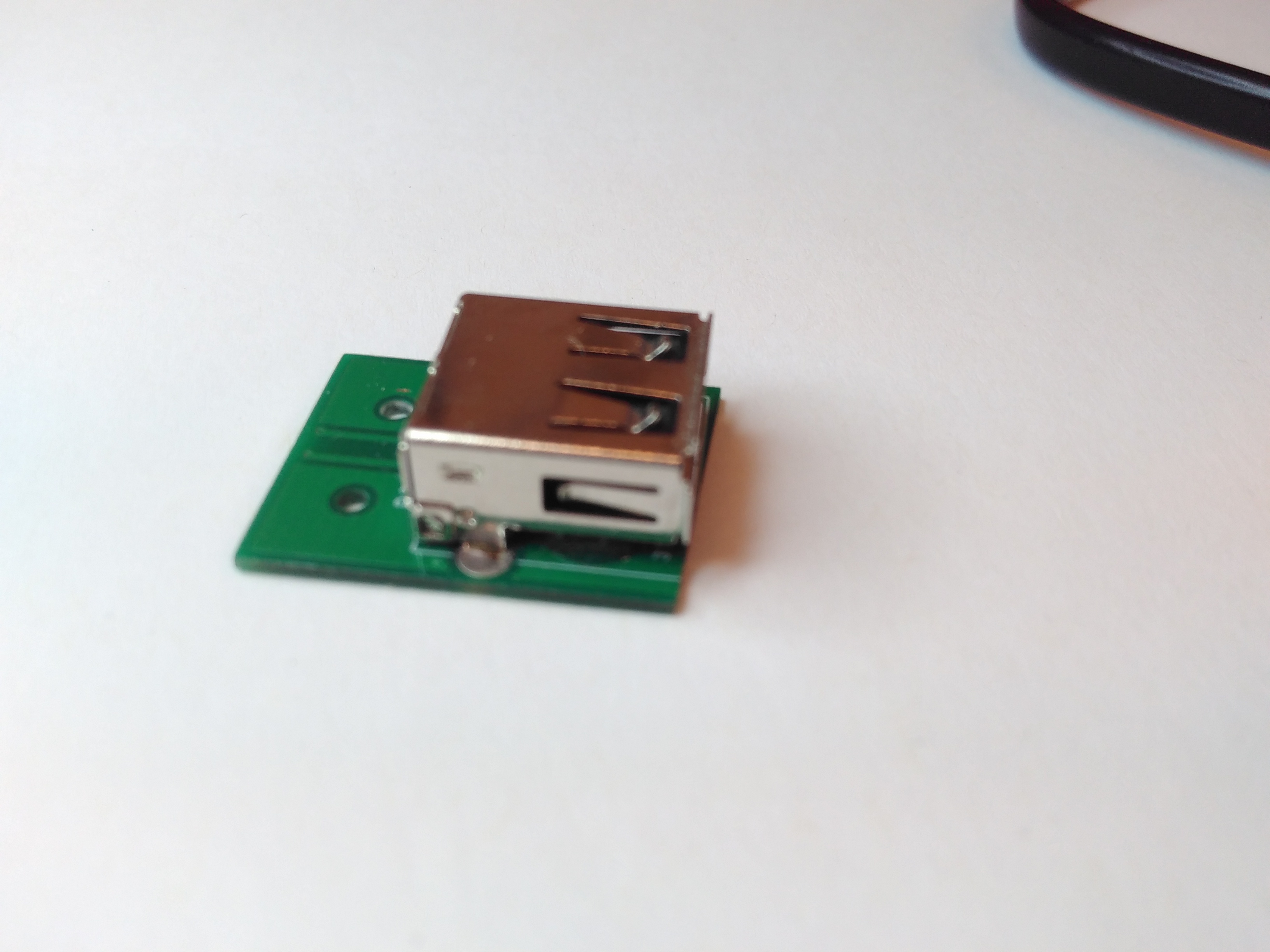 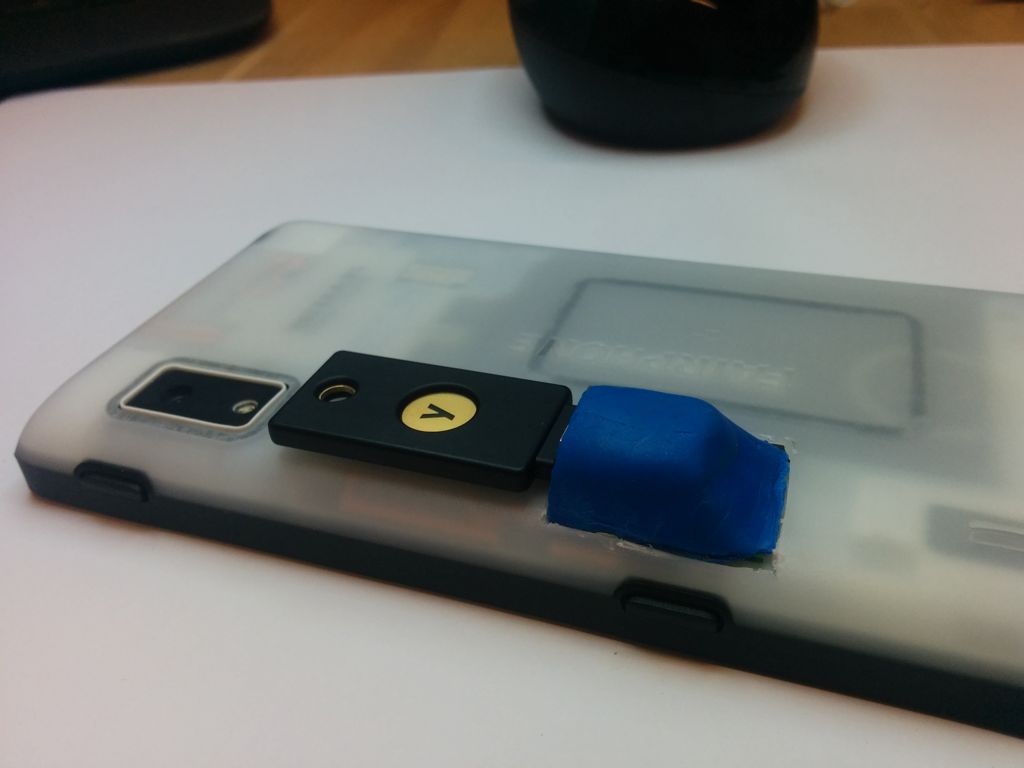 3 posts were merged into an existing topic: Upgrade FP2 with QI wireless charging through expansion port 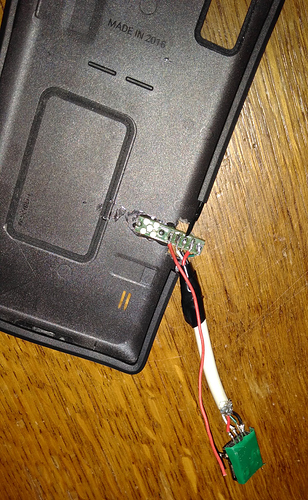 Note that the pinout is mirrored, because I mirrored the PCB.
I took 2 of the larger screws and put them from the front so they stuck out the back, to keep the PCB in place. Then some 2 component glue on the PCB and the case, wait for a while, and now I have a removable USB port that should work well when the case is on. I’m unable to test it in full because the back USB seems not supported in LineageOS yet, but the measurements look okay.

(and thanks to jayy for sending me one

Interesting project. But for many devices you could also use an OTG adapter (micro-B to A). That works well for me with storage, keyboards, mice…

But for many devices you could also use an OTG adapter (micro-B to A).

And how do I charge my FP2 while using the OTG device?

Also, has anybody tested whether an USB hub with two devices works on the expansion port/via the OTG cable?

Also, has anybody tested whether an USB hub with two devices works on the expansion port/via the OTG cable?

Charging while in OTG mode remains an issue though.

Using a hub would be one way, but depending on your choice of power supply I would suggest something that is officially unallowed on USB, but has proven VERY useful: Just take a Y cable. These have one male type A connector, and two type A female connectors. While the data pins are only routed to one of them, the power is connected to both. Most Y cables are “the other way round”, i.e. one female and two male plugs (so as to power a high-power device, that exceeds the 500 mA limit (many USB HDD do that, so you would plug them into two USB ports),. But if you have a power supply with a type A female connector, you could also use the variant sold more often.

Y cables are a direct violation of USB standards, but I have used them for many years to supply power to external HDDs in small (i.e. without own power supply) SATA dapters. The better ones have diode protection (to protect the ports from each other, if both do supply power, which would not be the case for you).

But I have no idea how an OTG adapter would react if gets power from its female port… So I would only use the Y cable BEFORE the OTG adapter. So if you want to play safe, then a hub could be your only option.

So you managed to have access to external storage media via µUSB connector using those Y cables not specifically enabling the OTG mode?

I have used this setup for my OTG adaptor (found it by doing some internet search). 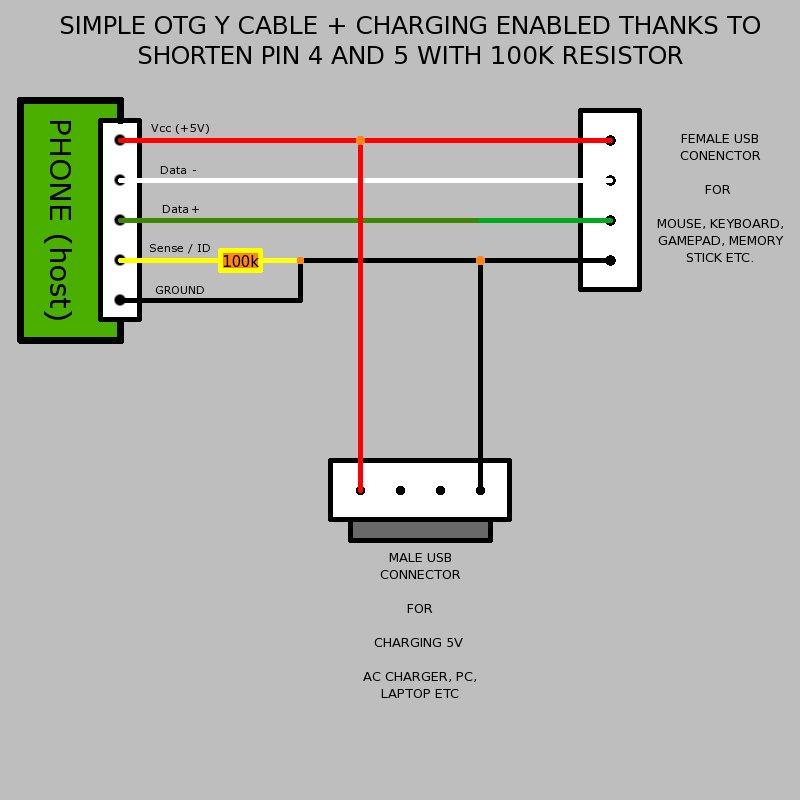 But a general shematic I have found shows: 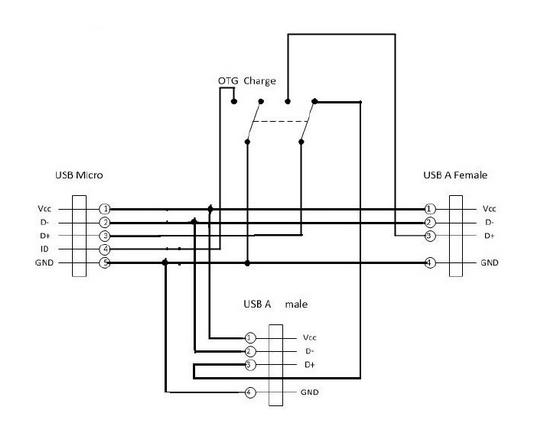 The resistor is different depending on which phone hardware one have. Maybe some don’t even require any. This is defined also in the USB specifications.

For access to external storage I always expected the OTG mode to be enabled. I could only enable it with the setup using the resistor (other values maybe would had also worked, but first I stuck to the one from the coloured shematic). I am still looking for a way to simultaneously charge the phone, it’s not about powering any attached hardware that’s easy to be done.

I would suggest something that is officially unallowed on USB, but has proven VERY useful

many USB HDD do that, so you would plug them into two USB ports

As I was fed up with the low quality of the adaptor cables often suffering from broken wires I found a more simple solution - use a proper USB 3 cable as their type A plug is backward compatible anyway, so you only need one USB socket and not waste a second. I only have USB 2 ports and all work fine for any plugged hdd/ssd this way.

so as to power a high-power device, that exceeds the 500 mA limit (many USB HDD do that

It’s often false technical specs showing that ssd drives generally have a lower power consumption. I have a twin-sat receiver with only one USB 2.0 socket (and a limited internal power supply). I wanted to use the record option so I also though a power saving ssd drive would be ok. Wrong thought. The technical specs given were low enough for being a good match for a single UBS 2 socket.
But it often did not start or got stuck after some time or the receiver got stuck.
So I sliced open the USB 3.0 cable and took a precise measurement with a measuring device revealing that the current it took was way more than stated by the specs (tech specs ~270mA max. (as there is no spin-up, where is all the current going??) / real measuring >450mA surprise!). The receivers internal psu could not cope with it. I had a kingston hyperX fury with data compression. But also the second modell without data compression drew a lot more current as stated by the technical specs which were different than from the first modell I had tested.
The statement that ssds would save more power than mechanical hdds highly depends on the design and operation mode (data processing, idle, parked).
This statement is true if no data is being processed (idle mode or the platters are only spinning in the mechanical drive). But as soon as data is being processed the power consumption changes depending on how the drive (ssd or hdd) is made.

My solution was to use an USB 3 cable which in generall is compatible to the USB 2.0 socket to power an old mechanical hdd via an USB2PATA converter. It works reliable, powers up just as the receiver controlls it and performs well enough to record 2 hd broadcast simultaneously without any hassle.
So that experience was it for me with ssd as long as there are still old styled hdd sold. Actually in the last 30 years I never managed to crash a hdd.

There is not much difference, it’s all about the voltage level of the four pins. 1+4 for the power (respecting polarity), 2+3 for data. Only Pin 5 of the µUSB connector has influence on the OTG function which actually will enable the power output from the host device.

I do not know about your SSD, but I found out that all Western Digital notebook HDD (2.5 inch SATA) do have a mini jumper that can enable a low power startup, where the drive effectively caps its maximum power input to quite precise 500 mA. This leads to an increse in startp time (about four seconds instead of two) but otherwise really does lead to a SATA to USB adapter only consuming 500 mA, so safe and reliable startup becomes posible simply powered by the USB port of, say, a DVB-C/S2/H2HD VDR or HDR . Or a laptop or thin client.

Just get some mini jumpers (they are a fraction smaller than 1/10 of an inch, but are easily obtainable in good mail order stores) and place one on the two inner pins next to the SATA connector.

This function is officially documented in manuals and on data spec sheets of WD blue drives.

So you can easily create a 1 TByte USB storage for little money. Just use a mini docking station that has a SATA to USB converter in it, it will not neet a external power supply. Today “naked” hard drives are so sturdy, as long as you keep liquids away from them they will be as realiable as a flash based USB stick.

enable a low power startup, where the drive effectively caps its maximum power input to quite precise 500 mA

I know such options from mechanical scsi 3,5 inch drives, but none of my 2,5" hdd/ssd whether Pata nor Sata have such jumper pins. So I have to take them as is. I think I have such jumpers at hand already. 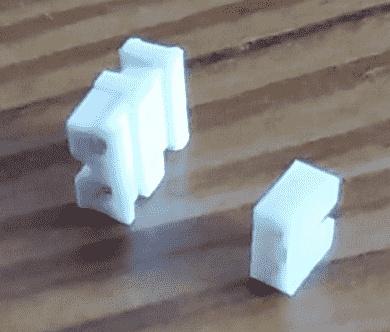 it will not neet a external power supply