today I tried to connect my not rooted FP running FP OS via USB to my computer running Windows 7 and it wasnt quite successful. The device is only shown in the system properties at “devices and printers” in the category “not specialized” 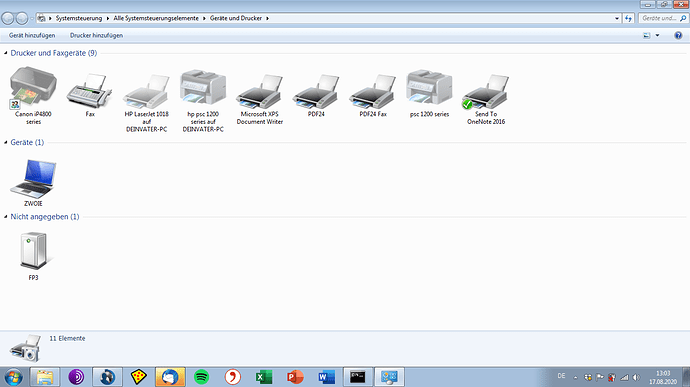 geräte und drucker fp31366×768 108 KB
I assume that theres something wrong with the USB driver because it isnt shown in the device manager. Just my previously installed adb drivers from the former FP2 (under “Google Nexus” because I think they were the Google drivers) 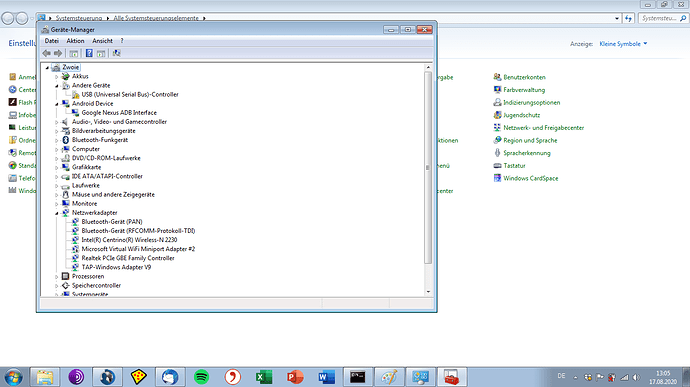 geräte manager - no fp31366×768 94.4 KB
To let u know what I originally wanted to do: I wanted to make a full backup via TWRP which I wanted to install via adb but adb deamon always told me “device not found”. After the backup I wanted to try /e/ OS.
So, Im pretty exhausted now after searching hours for a solution in various forums etc. Maybe on of u has an idea what the problem is? If u need to know more Im happy to give u more information, just remember: Im no techie

When you have connected your phone to the computer with the cable, take your phone and swipe down.
Then you will see a message that your phone is charging.
Tab on that message and choose for ‘file transfer’.

Are you following https://twrp.me/fairphone/fairphone3.html ?
That would only use ADB to reboot the phone into Fastboot Mode (aka bootloader). You can do the same thing without ADB by simply rebooting or starting the phone while keeping Volume - pressed.

Sorry, forget to mention that file transfer is on standard when connecting my FP3 via USB

I did follow the twrp installation guide, yes. Ive discovered something new: when I connect the FP3 to my computer and the device manager lists it under “Android devices” with the “Google Nexus ADB Interface”, adb is not able to find it BUT I connected my phone a few minutes ago and suddenly there was not the Google ADB Inferface but the “Universal ADB” and then adb listed my phone! Unfortunately, in the middle of the process the connection got lost: I connected it again and the Google Interface was shown so Im at the starting point

Ok, I uninstalled the Google ADB drivers, now its working with “Android Composite ADB Interface” to connect it with adb. So I started the installation of the twrp.img from twrp but now Im stuck here: “Once booted, navigate to the Advanced > Install Recovery Ramdisk option”. There is no such option in my FP3s fastboot mode or Im too stupid to see it.

Ok, my constant posts prove Im a beginner, sorry for that

So, Im not stuck on the step I posted before, Im stuck before: I noticed when trying to boot twrp.img in fastboot mode that it fails because I need to “unlock my device”. Now Im searching what this means - keep u posted

Oh wow… I erased all, everything. Without a backup… I searched a solution to unlock the device, found the adb command “fastboot flash unlock” and there it was: gone! All my data! I wanna cry…

I really feel for you. I read your previous post and thought “Careful, this will erase your data !” Little advice: before entering a command in the terminal, find out what it does exactly. It’ll avoid you bad surprises.

Well, see the bright side, you don’t need to do a backup anymore now… (sorry, bad joke)

I try to focus on that.
Still I stuck on the way to flash twrp.img. Bootloader always says “partition table does not exist” and the internet has not offered me a solution or reason for that, yet. Sometimes I hate these tech and programming sh*t

Seems like my problem why this message appears is my missing recovery partition.
Why is there always a new issue that needs fixing

I need to “unlock my device”. Now Im searching what this means - keep u posted

https://support.fairphone.com/hc/en-us/articles/360041655711-Unlock-the-bootloader-of-your-Fairphone-3 … note the quote “This will wipe all the personal data on your phone!”

Bootloader always says “partition table does not exist” and the internet has not offered me a solution or reason for that, yet.

The solution is again to follow the official documentation, which was already given here … https://twrp.me/fairphone/fairphone3.html.