I installed the 1.8.7 update manually when it was available. Now that the OTA-update comes in the updater notifies me again and again that there’s a new update available. I guess there’s something wrong (see picture): 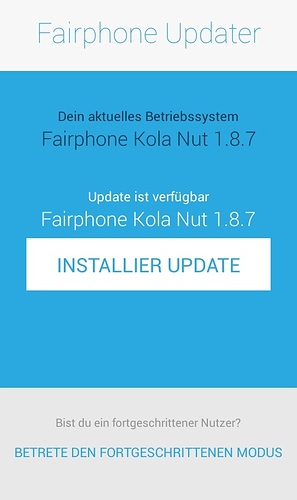 There is nothing wrong, it’s just a bit misleading because both updates are called 1.8.7., but the version you installed was retrieved and you should do the new update to have the most current OS with all security updates installed.

Ok, I still don’t quite get it. You’re basically saying the 1.8.7 version now distributed via OTA is a newer version? So there have been changes after the first 1.8.7 was published to download in the support section? Why wouldn’t they call it 1.8.8 then or 1.8.7.1 or something like that.
Weird…

The answer is here:

Ah, ok. Thank you very much for that info. Makes sense now.