I wasn’t sure what’s in it for them?

I have not installed it yet because I prefer to build the ROM myself and so far I have not understood what sources/build chain was used. This comes to mind:

The FP1 includes a BT LE radio, so hardware-wise I’m ready to go. However, BT LE is only supported in Android 4.3 and up.

Definitely software. If this problem was solved it would be a real game changer for a lot of people who’d like to use Bluetooth LE gadgets / Android Wear.

The Bluetooth stack on the Fairphone is not the default bluetooth stack present on “normal” Android phones and because of that is it also harder to debug using normal tools(hcisnoop/wireshark).

To be a bit more precise:

Hi. So it’s based on newer “found” libbluetooth_mtk.so & libbluetoothem_mtk.so bin blobs I assume? Does the 4.4 BT debugging (packet logging) work with those? Thanks!

BT debugging has always worked on stock FP1 but not the standard way. It needs to be enabled via engineer mode. 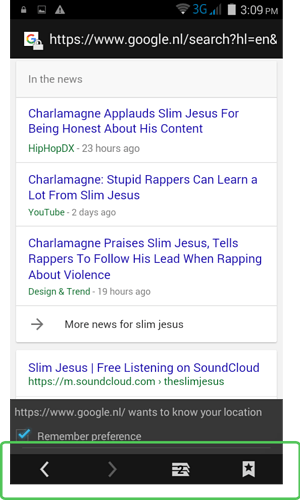 I have to admit I was a bit brave and risk to loose data trying different beta FPOS installs in the past, but flashing experimental builds is very dif|erent!

As I am a little bit lost in all the disussions about ROMs/MTK/CW/Android 4.2+@FP1;

Can anybody explain to me:

Thanks for making some points clearer…

This is my understanding of the issues:

Without wanting to detract in any way from chrmhoffmann’s efforts, this should be seen more as an alfa version. Testing, packaging and supporting a new version for the general user takes a lot more than putting a version out aimed at technical users for testing.

Is this in any connection with the FP1 software announcment, FP recently did?

No, as outside of Fairphone nobody has access to the sources mentioned in the announcement. The XDA thread mentions that some of the required information came from places on the web:

This is Android 4.4.2 kitkat compiled from scratch from some other device sources that you find on the web. Adapted to fairphone FP1(U).

What is about the MTK-software part, which is still not available for the public (afaik) - but how the Android 4.4.2 can run at all?

Not sure what you’re asking. Could be that the quote above is what you’re looking for. There is no source code for a bunch of the specific hardware in the phone. Occasionally using compiled parts (binary blobs) can help, but sometimes this isn’t compatible with other parts of the system.

If Kitkat 4.4.2 is now running well - where is the difference in bringing recent CM running?

The CM ROM used different code to interact with the blobs, which lead to some things not working. For instance:

this is using MTK’s bluetooth stuff and not CM’s. So this should in theory then work better than my CM port

Which shows that MediaTek changed a lot of things in the system so it works with their hardware.

Well put! Also this often quoted LWN article sums it up very nicely. There is more to it (how companies work and make money, selling the same licensed features with different names), but I don’t want to warm up this topic every time … there a already a few topics about this here already.

The Linaro group tried to help in this area, but I guess nobody was really interested in discussing those links

Regarding BT: The MTK’s bluetooth (BT) stack is a blackbox. I only know about the changes in the Android BT stack, the changes in MTK’s BT are not published in google’s android changelog, that’s why I was asking if newer MTK lib versions were used.