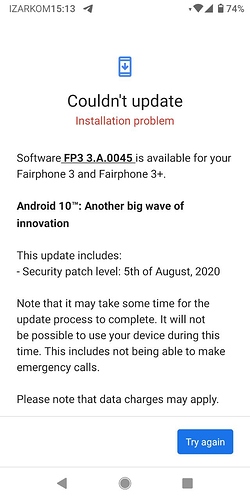 I have got the same Probleme. 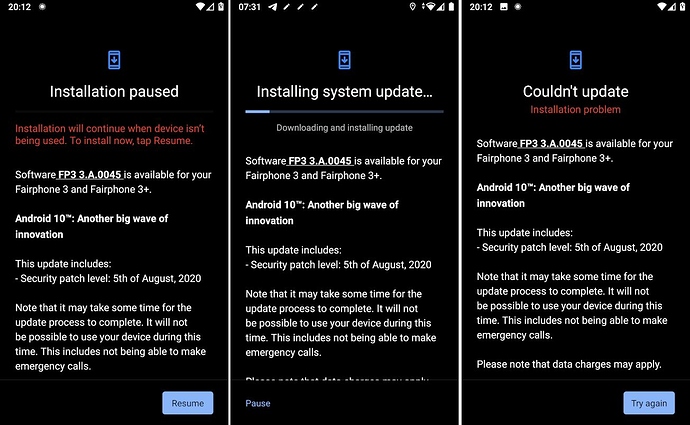 My best guess by now is, it is because I have rooted my FP3 and have TWRP installed. If that is the case, how do I proceed? Unroot?? But how, unfortunally, I did not back up the original boot.img when I installed Magisk. Or can I download a update.zip an flash it via TWRP?

My best guess by now is, it is because I have rooted my FP3 and have TWRP installed.

Yes, that would be the reason.
As long as Fairphone only provide incremental OTAs instead of also supplying Full OTAs like other vendors do, the OTAs will fail if any of the partitions that are to be updated have been modified.
That includes having Magisk or TWRP installed, or having done modifications to the system-partition.
Typically with other vendors the OTA-Updater will first try an incremental update and then use a full OTA if the incremental update fails.
Magisk saves a copy of the original boot.img which can be restored using the Magisk-Uninstaller.
However if the boot.img was already modified before installing Magisk (i.e due to installing TWRP) or any other modifications to the other partitions have been done, that won’t be enough.

I don’t know about rooting, but installing TWRP (instead of just booting it with fastboot when needed) on the Fairphone 3 will break Fairphone OS OTA updates because of the altered boot partition. This much is known.

As above, any modification to any of the partitions that are included in the (incremental) OTA will make the update fail.

An unaltered boot.img is included in the ZIP file for the manual Fairphone OS install …

It needs to match the OS-Version that is currently installed, other partitions may also need to be restored.

Or can I download a update.zip an flash it via TWRP?

No. So far this will not work even if you somehow get the update file URL.

TWRP should be able to install the OTAs directly or through sideloading (it does include the update_engine_sideload)
This does have the same restrictions as a normal install though and will fail if the system was modified.

I have same problem but not installed twrp but magisk only.
Does it mean now that we will never get an update again?

Magisk may then have to be installed again. 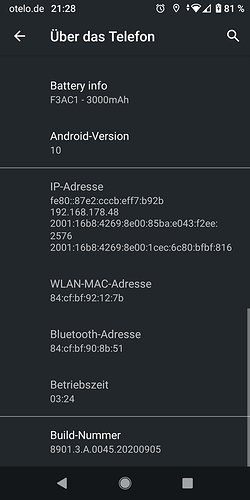 For the history books, same issue for me with today’s version …0054… update, had to turn off Netguard again, then it worked (2nd attempt, 1st one was with Netguard on). 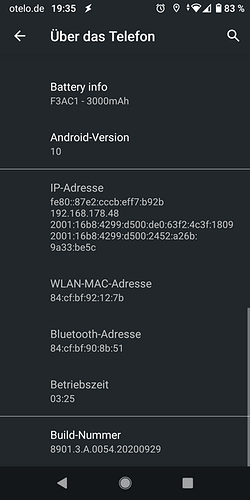 I finally found a way to get the update, after a hard struggle. I gladly share it to anyone who wants to know.

My problem was that I didn’t even get the message saying there was an update. The updater would say I had the most recent version, but it was from 15th of June 2020. So certainly not the most recent.
I first tried what was recommended to me, being doing a manual install. That did not work, because I couldn’t even unlock the root bios. So it wasn’t an option.

I did the following;

Before doing a factory reset, did you try just to remove the SIM card, boot and see if you were prompted to update? It might have been this the problem.

I did and it didn’t do anything. I couldn’t even unlock the boot for some reason, although I followed all the required steps and unlocked developers mode and everything. Didn’t do anything. So factory reset was only way for me

Had the same result myself…I time to file a bug with Netguard!

Had the same result myself…

Well, I guess hereby we have solved our little mystery here

Thanks for confirming!
Sebastian.

I also can’t seem to update my Fairphone 3, with the same “Installation problem” error after it tries for a bit to install the update.

I have previously run TWRP on the device although I was under the impression that it only ever touched RAM: I booted it with fastboot boot twrp-3.4.0-0-FP3.img and I don’t think I did anything with it. Later I re-locked the device, wiping all data in the process. It still says secure boot is disabled but I don’t get any message on startup. So, I’m guessing the device is still not fully restored to its original state and perhaps my unlocking adventures have modified one of the system partitions.

So my question is now: how can I install this update? If possible without having to wipe my phone again.