It is not possible to start the FM Radio app without earphones, which totally makes sense as those are required to behave like an antena.
But what bothers me it that when I remove the earphones (meaning I stop listening to it), it doesn’t turn itself off and goes for noisy sound instead.
My previous Android phone used to tackle the issue very well.
Any idea how I could achieve that?
Thanks

There’s another thread where someone requested changes for the FM radio, but we figured that since the FM Radio app isn’t part of the AOSP code (the bits of Android that are open source) it is not something Fairphone can change. In other words, the FM Radio app is as-is and we’re stuck with it for now.

Maybe Tasker App can close the FM-App on removing the earphones…?!

Thanks for replies! I’ll take a look at Tasker App.

@Jerry does that mean that every Android Phone has the same radio App or only Fairphones?
I understand it is hardware related, but even if it is not open-source, it doesn’t mean it cannot be reported for later improvements, does it?

I have the impression that various FM radio apps (or, rather, frontends) are rare. However, this might be worth a closer look: 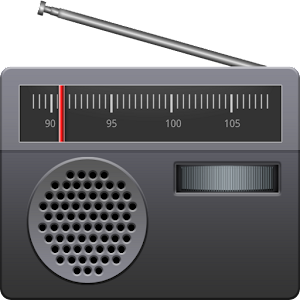 Spirit1 is a real, tuned, "over the air" FM radio app. It is NOT a streaming app which requires expensive data plans and drains your battery.The focus of Spirit is on AOSP ROMs. If you don't know what AOSP is, Spirit is likely not the app for you, and you should stick with the stock FM app. Further details: http://forum.xda-developers.com/showpost.php?p=50954346&postcount=7641Satisfaction guaranteed or full refund. Cancel any time on request, within 30 days. To cancel, email mikereidis@gmail.com...

According to the documentation, settings allov for ‘Antenna / Headset: Action taken if headset (antenna) is disconnected’.

does that mean that every Android Phone has the same radio App or only Fairphones?