Everything you mentioned can be solved with magnetic cables/adapters

Yes, that would theoretically be possible and actually almost can be for a very limited number of persons who seldomly lose or break parts.
In reality though, there is no single standard like QI for magnetic adapters and I have yet to find any vendor that sells one system with interchangeable parts for more than a few months at best.
Result: either you buy loads of spare parts in one single take or - every other year - you would run out of spares and have to switch to a new system that uses magnets which happen to be like 0,5mm wider than before or have differently placed pogo pins. Not feasibe at a scale of more than five users, roughly, and would leave quite a bit of waste, too.

In case of our company, for example, at the point where USB-C came up, there would have been a lot of magsafe cables from far ago MicroUSB times and all the shiny new ones that support USB-C now would not fit to them. As mentioned in my original post, we still use QI charging points that go back to like 2016 or so.
So your solution comes close and it has potential, but the lack of any standard sort of ruins it.

P.S.: I even suspect it would be impossible to get something long-term sustainable to market in this area, because when people realized it and started to buy that at large, Apple would sue the manufacturer to Alpha Centauri and back with their magsafe patents. What a great world to live in. Where mega-corps are allowed to own generic ideas.

Yeah, I agree that it should definitely get standardized. But I doubt that Apple could actually sue anyone. They’re not the only ones using magnetic connectors (Microsoft does it too with Surface laptops) and the lightning connector will hopefully go away in a few years thanks to EU.

I never broke a USB connector on any of my devices too. Even without wireless charging.

I am glad for you, but on a company level we experienced different.
Before we introduced QI, we got like 4 to 6 devices a year (company of 25-30 ppl) with charging port problems. And as it is with current “normal” phones, that mostly would mean replacing the whole phone. For us, this alone was worth the switch.
And I dare say it would be interesting to weigh the ecological footprint of at least 10-15 non-replaced phones at our company in the course of the last years against the loss of a few kWh of power through charging points…
As a side note, we intentionally install charging points with 5-10 watts transmission power at most. They don’t introduce any noticeable heat.

Well, and now, with the Fairphone having reached the point of real-life usability I’d really like to introduce them at our company… but since QI is now mandatory for us due to the history explained above, it won’t make it on the list in the foreseeable future.

I doubt that Apple could actually sue anyone. They’re not the only ones using magnetic connectors (Microsoft does it too with Surface laptops)

Yea… and guess what, Microsoft got patents on their connectors, too!

If that ain’t a reassuring enough environment for any new manufacturer to come to market with a system that could become standard, I don’t know… /s

but since QI is now mandatory for us due to the history explained above, it won’t make it on the list in the foreseeable future.

I understand, but for a different company, maybe a special 5G frequency band is mandatory, or a special screen body ratio, or the position of the finger print sensor. The Fairphone is still a niche product and will never be able to fulfill everybody’s requirements.

Bit of a weird one, but I wonder could you produce a connector which is shaped to fold around the base of the 'phone so that the cable comes up behind the device, flush against its body. I’ve had a good number of connector failures, and it’s obvious why: the connector sticks out like a sore thumb and is subject to a lot of stress in a pocket or bag. With a new mag-type connector you could even have the whole connector surface on the rear of the 'phone, but I don’t imagine FP can afford to create a new connector standard; I’m just thinking of something more like making cables with a U-shaped housing for their USB-C connector.

A Fairphone with an e-ink screen could be nice (dedicated model or choice at the time of purchase).

Some manufacturers offer such models but either it is incomplete or it is not available outside the country of origin (LightPhone, Hisense A3 → A9, …)

Is it possible to play on an e-ink screen ?

It depends on the type of game but like videos, you shouldn’t count on this kind of usage.

To see the interest of this kind of screen, there was the presentation of a Hisense model, in black and white as well as in color. 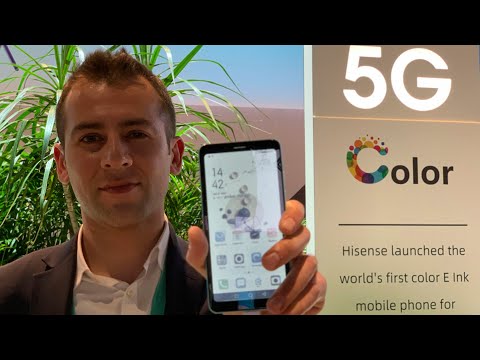 I rather have an OLED screen with a true dark mode (not gray tints). That’s battery efficient, works well for eBooks, but also normal usage such as videos and smooth scrolling through websites. An eInk screen works best for static text.

luckily there’s no noticeable difference in energy use between true black and dark grey. No, "AMOLED Black" Does NOT Save More Battery Than Dark Gray

Does using dark gray in a Dark Mode design save as much battery as pure "AMOLED black" in OLED displays? The results may surprise you.

iOS is the same nightmare as google.

The next FP SoC should be RISC-V “open hardware” based. Means no Qualcomm NDA’s and open for all Dev’s and OS.

I’m still wondering which components of the fairphone 4 could be removed in the Fifth version of the Fairphone.

All right, the camera.

For photos I use my Leica’s.

Then how would you be able to scan QR-codes?

That was meant more ironically.

I don’t expect astrophotography or Makro focus stacking shots from an FP.