Just wondering if anyone had recommendations on the most fair/ethical/sustainable smartwatches? I’m looking for something like the Garmin Fenix 6…

Anything with complicated software running on it is not sustainable. A well built watch can last a very long time. A “smartwatch” will start become a problem when the updates stop coming. Which is usually after a few years.

I use a G-Shock Rangeman. Unbreakable, recharges by being exposed to indoor lightning/sun. It has some “smart” features such as compass, barometer, wireless time sync, world clock, auto DST, weather alerts, alarm, stopwatch, timer, temperature sensor and some other fancy stuff. It’s going strong now for 10 years.

But it doesn’t require a bluetooth connection and software updates. The only thing that gets out of date are the time zones. There are some other models where you can update these time zones via Bluetooth. But then you “need” security updates for the Bluetooth stack. We’re only talking about updating time zones, and most of the watch is read-only, so it may be okay for those type of watches. But a real “smartwatch” is a total different story.

Also, be very critical if you even need a smartwatch. Most, if not all features are already present in your phone. And then evaluate for yourself what the added value is of such a watch and if you really need that, such as a heart rate monitor. I doubt most people really need that. But it’s not up to me of course.

As an owner of a much lower-end G-shock (a third the price, 75% the features, you know how it goes), I concur. These things are nearly indestructible, just work, and never need either charging or a battery replacement (which on some wristwatches can cost more than a new one!). Downside: no video calling or NFC on the watch! I have to get my phone off its belt holder instead. Honestly, this isn’t even inconvenient for NFC payment, let alone anything else.

Plus, it keeps pretty good time even without the radio time sync (sync loss about ~0.2s/day), unlike almost everything else out there: in general, the more expensive the hardware, the cheaper the quartz oscillator and the worse they are at keeping time. I have servers that lose fives minutes a day without ntp! Surely keeping good time is a priority for watches, but I looked at my sister’s Apple Watch and if it loses its phone connection it starts slewing at about three minutes a day!

(And, of course, in the limit you have mechanical clocks: marvels of engineering but not notably accurate by modern standards. Yes, yes, this low-end Atmos costs £7000 and never needs winding except sometimes it stops when the temperature doesn’t fluctuate enough and then you can’t wind it even if you want to. Keeping time? Oh, you have to keep fiddling with this knob and if you’re really lucky it might gain or lose only a minute a day after a lot of fiddling, and before you fiddle it’ll be a lot worse! Still beautiful hardware if you can get it cheap on ebay, but for keeping time… well… not so much.)

Hi,
I use the Pine64 Pinetime smartwatch with the FP4. It costs around $30, and works with Android & Linux phones. It doesn’t send any data to Pine64, and does all of the basics very well.
You can’t answer calls or reply to text or emails on it, but I love it.
They keep updating it with new features.
It connects through the Gadgetbridge app (play store or F-Droid).
I had Apple Watches for years, then a Galaxy Watch Active. I don’t miss the extras. Check it out. And good luck!

Anything with complicated software running on it is not sustainable.

Let’s say that the sustainability of anything with complicated software depends on the availability of updates. That’s one reason why FPs can be seen as more sustainable : the FP2 is still getting updates 6 years after the launch. And in the case of phones, there’s often the possibility of using different builds like Lineage, even if the manufacturer doesn’t bother after three years.

So a watch that doesn’t need updates is looking good !

Another important sustainability factor is ease of repair.

FP2 is still getting updates 6 years

I know it can be done, but usually it doesn’t happen. And a watch can and should last for a very long time. A smartwatch requires indeed software support, which few would offer. It also requires frequent charging, which limits the lifespan. Sure, replaceable batteries could be an option, like FP offers. But it’s still a downgrade compared to a watch built like a tank (G-Shock). Like I said, 10 years and still going strong, no battery replacement, no manual charging. The net benefit of a heart rate sensor is pretty low. Especially since the “heart rate” of the planet is slowing down, All the other features such as a step counter can be done by your phone. We need to know our priorities

even if the manufacturer doesn’t bother after three years

That comes with major security concerns. The vendor updates are critical.

I use the Pine64 Pinetime smartwatch with the FP4

Ohhhh that looks nice. Particularly with wasp-os… I see a second watch in my future. Do you think people would look oddly at me if I wore two watches at once?

Of course I don’t care!

I see the Pinetime mentioned and at that sense I want to mention the Bangle.js which is also open source and hackable (it’s what I currently use).

However, given neither publish much about their manufacturing, is it really sustainable? I think it’s safe to assume that no special care was taken to ensure workers are fairly compensated (like with Fairphone).

I think having multiple smartwatches is probably even more unsustainable than 1 “bad” smartwatch (as you’re using even more hardware).

Yeah, sustainability is a separate dimension and one I really doubt anything at this price point can hope to satisfy

Dont know anything in detail about those Swiss Watches or any first hand user review, however seems they dont need any charging cables… So the more you move the higher the charging level of your watch…sounds healthy

Not really sure how that’s a smartwatch though. It’s mechanical with an ordinary watch face. It’s just got kinetic winding, which is also not a new idea (though no doubt this is well-executed).

Now I’m wondering if I can call the 50-year-old Atmos clock I bought off ebay for approximately 1/10th of its original sale price “smart”. It winds itself from temperature changes, after all… just call it “charging” and bingo.

EDITED: Oh wait it claims it has an activity tracker and GPS and things, so not purely mechanical. God knows how that works on what looks like not a display at all. Maybe it’s a display that’s just so good it looks like it’s not a display?

God knows how that works on what looks like not a display at all.

Bluetooth to display on phone

And it’s got some impressive runtimes:

I hate watches, but the black translucent one …

Way too expensive to buy on a whim though.

with an ordinary watch face. 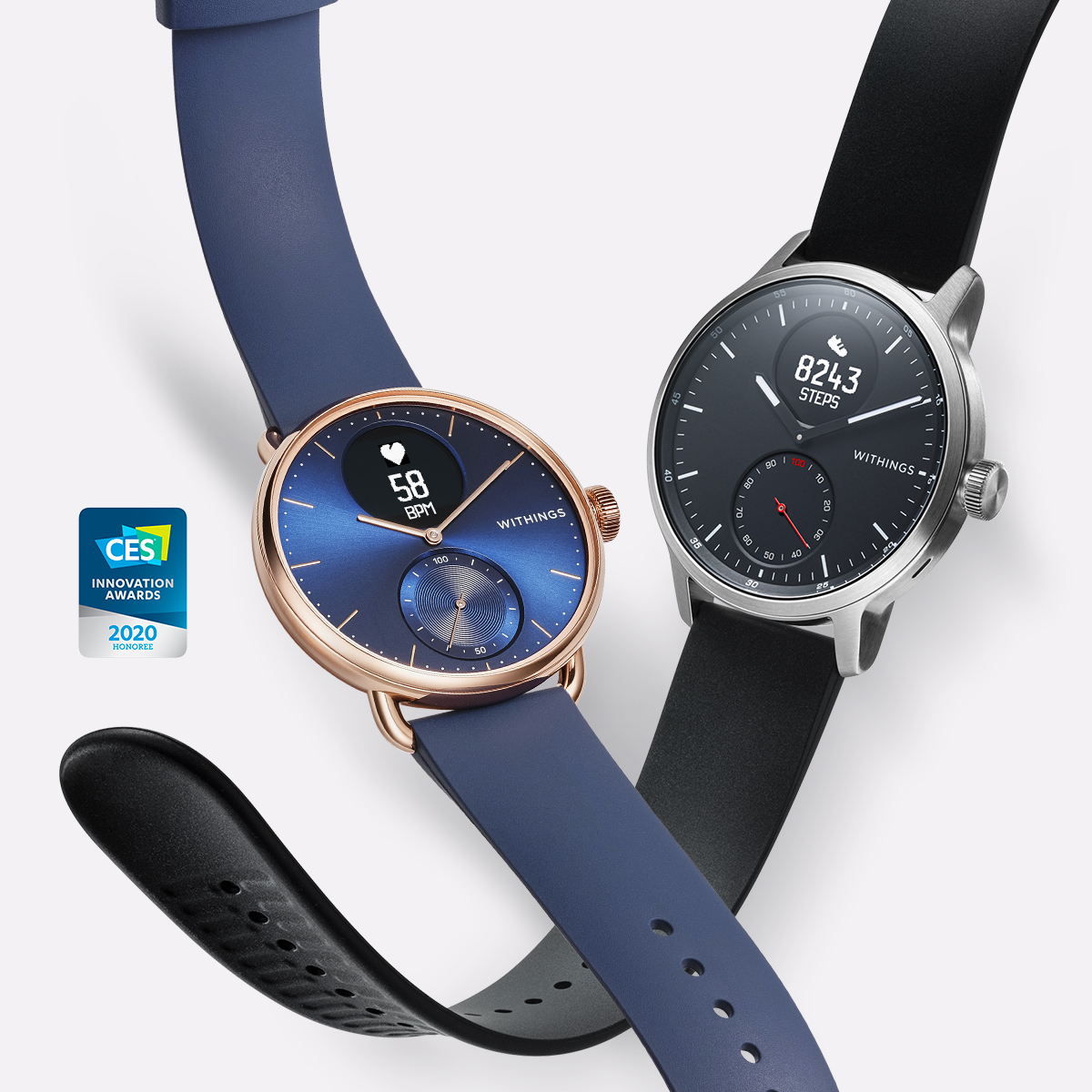 I like the look of my Whithings Steel HR Sport, and I appreciate that it works (if you ban notifications) as a classic watch including activity/fitness tracker. But on the topic of sustainability:

Some day the glas cracked without interaction (and the button was stuck every now and then and the Bluetooth connection was quite a gamble), apparently the case was warped. Actually, I would have kept it, but the glass had to be repaired for water resistance. An agonizingly long discussion with support ensued (something along the lines of “have you reset the watch yet?”).
End of story: the glass could not be easily replaced, they replaced the watch. A throwaway gadget.