Hey there,
I’ve been following a development by the University of Bristol since 1.5 years, which pertains to high energy density super capacitors:
http://www.bris.ac.uk/news/2018/february/supercapacitor.html
Super capacitors have a couple of advantages over standard batteries, particularly way shorter charging times and a lower rate of degradation (which is especially useful for a fair phone). However, thus far, they’ve been sorely lacking in energy density, so that usage in e.g. a smartphone wasn’t feasible.

Right now, it seems like the research has come to a point where it makes sense to keep an eye on it. There’s in no way a finished product available yet, but I think it deserves some attention due to the possible benefits of including such a technology in a future fairphone.
I mean, charging your phone from 0 to 100% in a matter of seconds definitely sounds intriguing, doesn’t it?

Thanks for the link.
I know such capacitors since the beginning of the 90s when I had my professional training at ABB.
Back then there were the so called gold caps coming up. Exceeding the 1F boundary. Usually 99% of all types of capacitors are measured in µF (0,000001F)
as base unit.
Meanwhile they only have slightly increased in capacity. Actually I have some laying around here for a test project with 5.0F each, these days called super cap, but it´s now 25 years later and still not enough energy to power any phone. 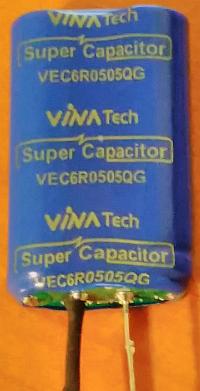 I also think they would be a far better solution to store energy, but probably what we have now in form of batteries was the cheapest way again.

The higher the capacity the more expensive they will be of course. To built an entire battery block to power an electric car may at the end cost the customer an arm & a leg. I could only think of selling such in a vast scale or keeping the battery in form of a cycle system as some car manufacturers do afaik Nissan leaf model. Otherwise the price per car specific block may reach astronomic heights.
I keep a few goods having gold caps instead of conventional accumulators integrated. A Seiko kinetic wrist watch. The internal clock of the Sony Mini Disc Deck JA3 is backed with two gold caps.
But these are small applications only needing very little energy.

The charging time can be speeded up noticeably but do need a form of charge
regulating. As there is hardly any internal resistance the current needs to be limited to keep control of the temperature. The temperature drift is rather problematic than the power level.
One among several good thing is they only age by time, not by charge/discharge cycle, these are unlimited.
So as there is nothing practically available for use in bigger applications I guess I will have to stay patient while the gigafactory and others spit out block after block Li-Ion.