It somehow looks like if the update also kills the reboots with a extension PCB attached !!

@paulakreuzer could you also check this ? That would be cool!!

Update was not available anymore.
I guess Ben was right. after recharge battery consumption is back to normal.

The update is still available and will remain available.
You have to be on 18.02 to see it. So in order to update, you’ll have to update… makes sense?

If you do not see the update, make sure you are connected to a working internet connection (preferably wifi) and reboot the Fairphone 2.

To make sure you have the update installed, you can check the baseband version in Settings > About phone
If the baseband is 4437.1-FP2-0-08, the fix has been installed

It shows that there’s an update for me, but the version number is lower than what I’ve got installed? Should I still install it? 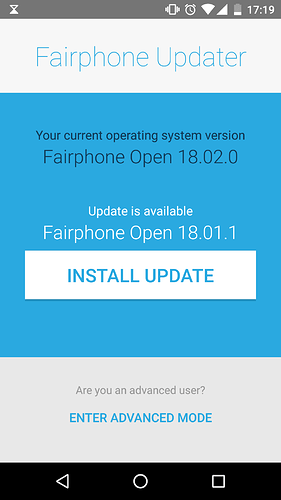 This is good news! Holding my thumbs, toes, and all the lucky body parts for random reboots going away now.

Some feedback for this release though:

Before update, i used only 3g, because that would stop the rebooting.
Since update i’ve had my phone constant on 4g. No more reboots.!

After a couple of hours after updating my new Fairphone 2 to the 18.02. special update my screen stayed black.

However thank you so much for your steady work Fairphone!!

It’s hard to say what caused your blackscreen now, but next time it happens try the #blackscreenguide before downgrading your phone.

Maybe downgrading or updating again to the already applied newest software could be added to the list of solutions? Because it only mentions updating when the Faiphone runs older software

After rolling out this update we will continue to monitor and fine-tune performance with future updates as needed, but we expect this update to resolve the current issue.

This sounds like we should expect performance regressions, which seems logical, seeing that memory timings are tweaked to resolve the issue if I understand correctly. Not that I’ll notice much for the use I make of the phone, unless it’s really significant. But I’m still curious to hear if those who installed the update noticed any of that.

My phone is randomly rebooting once a day also, but it is a bit older than the August 2017 date usually cited for this particular bug: It was replaced on warranty in May 2017. Do we know if there were already affected phones in the circuit at that time, just maybe not in retail?

This sounds like we should expect performance regressions, which seems logical

No, it does not (seem logical). I doubt that there are notable performance impacts. If I understand it correctly, the timing of the memory interface was changed, and I think @Douwe’s “performance” is more about how this update really solves the reboot problem.

I think (maybe @Douwe) can confirm this:
The version number was not incremented because of the needed google verification. If only the baseband is changed, the verification (which costs some days) is not needed again.

A rather basic question: if my phone is (quite a bit) older than August '17 but I do experience random updates, should I install the update or ignore it?

A higher drain immediately after an update can be normal in my experience.

I guess Ben was right. after recharge battery consumption is back to normal.

A rather basic question: if my phone is (quite a bit) older than August '17 but I do experience random reboots, should I install the update or ignore it?

If I was you, I would skip this update. The change will be included in the next regular update anyway. And if your FP2 is too old, I’d say it’s unlikely the special update would improve the situation for you.

The ‘new’ display modules were already supported since the September update, I think something went wrong during your previous attempt and you can just update again.

Having an older Fairphone 2 of August 2016 I can tell you that the memory update didn’t cause me any problem, I see no difference in behavior whatsoever after the update.

So, a day after the update this might be normal? (BTW, this is a brand new replacement battery.) 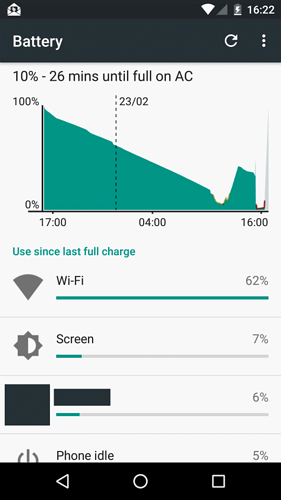 Back up to 100% within just over 40 minutes. Was never that quick before. 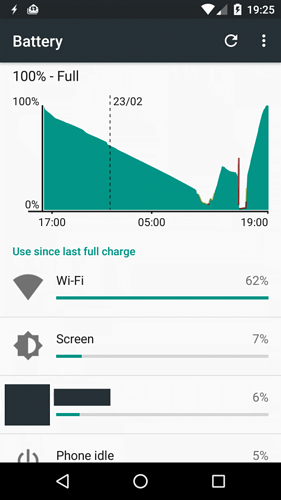