Some fonts on Revolut app are too small to read

Just starting out with the Revolut app and much of it works fine but some of the text is too small to be able to read. See the screen shot. I can read the currency and the value but the exchange rate and drop down are too small for me to read.
I note from searching for forum there is an ongoing problem with Google spreadsheets. Perhaps this is the same thing?
I have reported to Revolut and they are looking at it too but wonder if FP2 might have the problem. 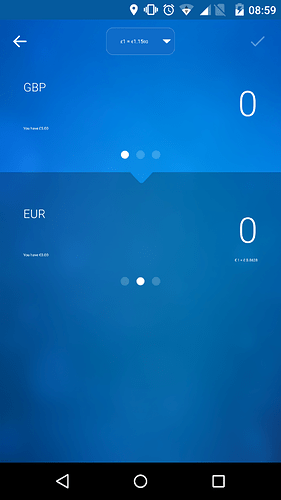 This is most likely caused by the FP2 reporting an incorrect DPI setting. The problem seems to be that fixing it means that the phone no longer passes Google’s compatibility tests, which would mean no more Google Apps. For a discussion of the dpi issues, see here (though note that the fix mentioned for ‘the next update’ in the end never made it):
https://forum.fairphone.com/t/google-cardboard-screen-scale-issue-might-be-fp2-reports-wrong-dpi-fix-announced-for-next-update-community-workaround-available/11706?u=johannes&source_topic_id=25945