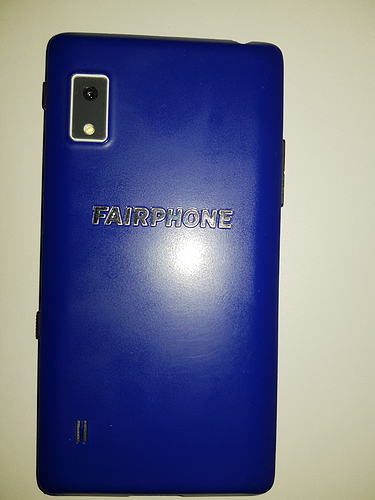 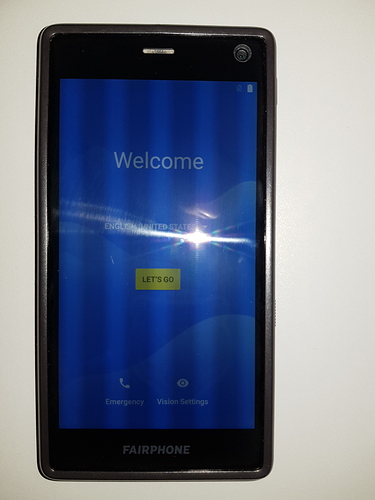 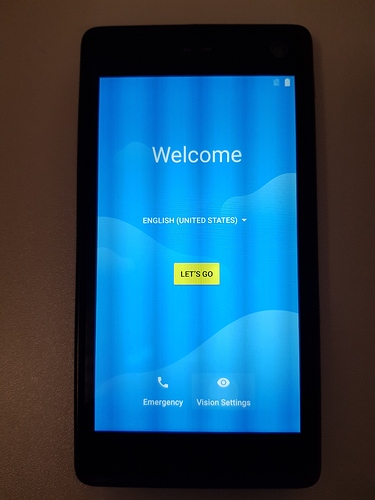 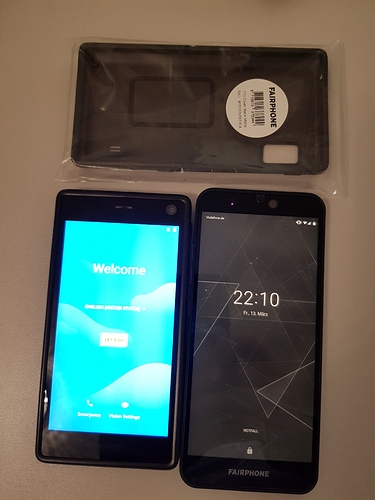 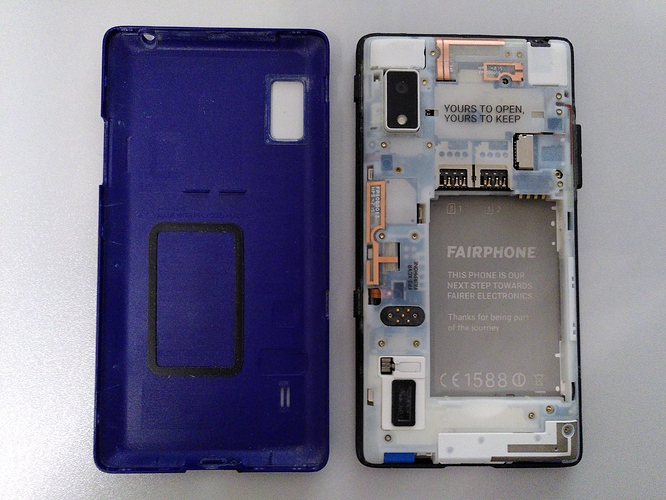 I am selling my Fairphone 2 as it has been replaced by a Fairphone 3.

Purchased directly from Fairphone in Dec. 2015.
The display module was replaced in July 2016.
In May 2017 the Fairphone was covered with a new Indigo cover, which shows signs of use.
An original, unused Black Matte cover is also included.
The modules (except display) are original and have not been replaced.

The battery had noticeable bulges. It was replaced by a brand new battery (March 2020).

Installed is the last FairphoneOS version, which was delivered via the Fairphone Updater.

The Fairphone 2 incl. Black Matte Cover should be around 180 EUR plus shipping costs. Payment via SEPA or PayPal. Shipping only in EU.

The pictured Fairphone 3 is not included in the delivery and should only show the actuality of the photos.