I sell my FP2 that I bought in August 2018. The phone is working OK and has no major bug. I ran it with the Fairphone OS (Android 7.1.2). The screen has nearly from the beginning been protected with a plastic screen connector. I never had to change a module and it has the new camera module an a coral red slim cover

I am selling it with a spare screen protector (The manufacturer says it is thin flexible Glas but feels and has to be applied like plastic foil) and Vhbw generic battery corresponding to FP2-Bat01. This generic battery is not as good as the original Fairphone battery.

I bought it as I heard about Fairphone and needed a new phone. For my use the standard battery life is too short and that’s why I bought FP3 to continue to support Fairphone.

As I know the FP2 has been released 4 years ago, I think 150 EUR would be a quite fair price. I will reset the phone and load the last Fairphone OS. Phone is available from now on.

I am located in France close to the German Border. 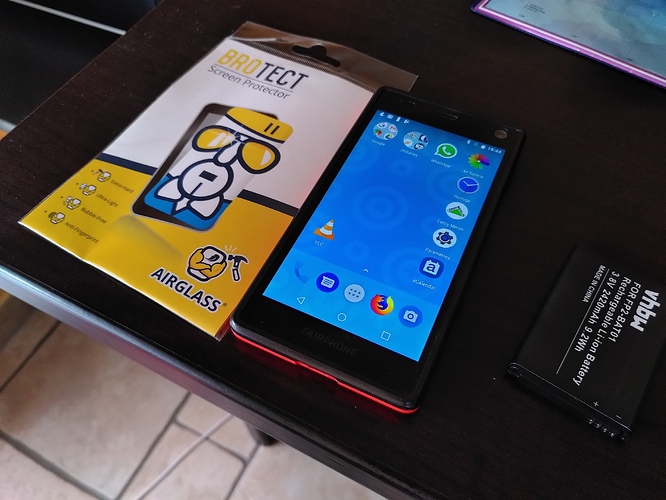 Did you already tried the screen protector?

The screen has nearly from the beginning been protected with a plastic screen connector.

I am selling it with a spare screen protector

Yes I understood, I just want to have a feedback on your experience

I cannot complaint about these screen protectors. These were good IMHO.

Hi,
I sent the IMEI number to a contact interested on France. I wait for her Reply. If she does not buy in the end, I could sell it to you.
I will keep you informés. Btw I speak German too

Is the phone still available?