For sale: Fairphone 1. It is from the second batch, I received it almost exactly 5 years ago, at the start of February 2014. The first picture, with the entire kit, was taken back then. The rest of the pictures were taken on January 22, 2019. 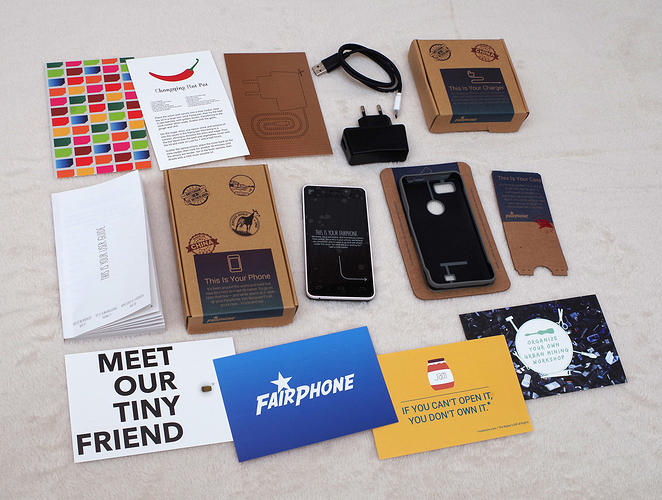 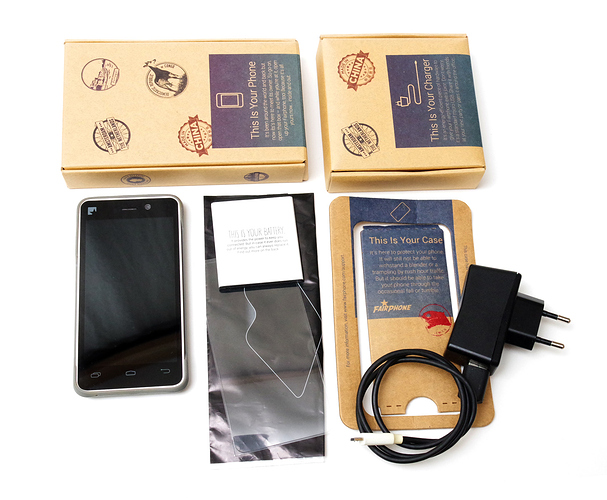 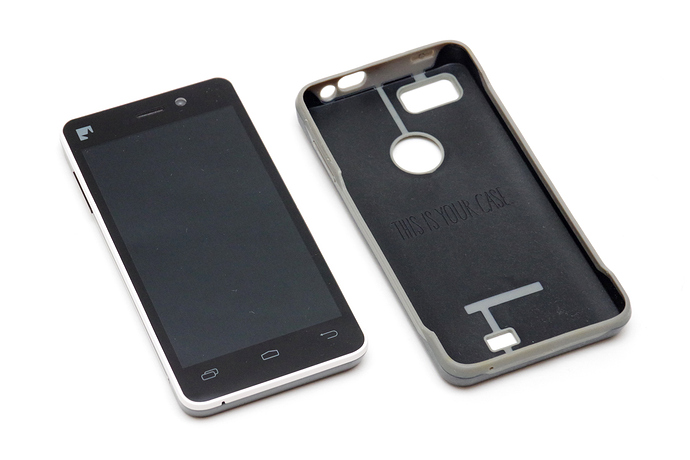 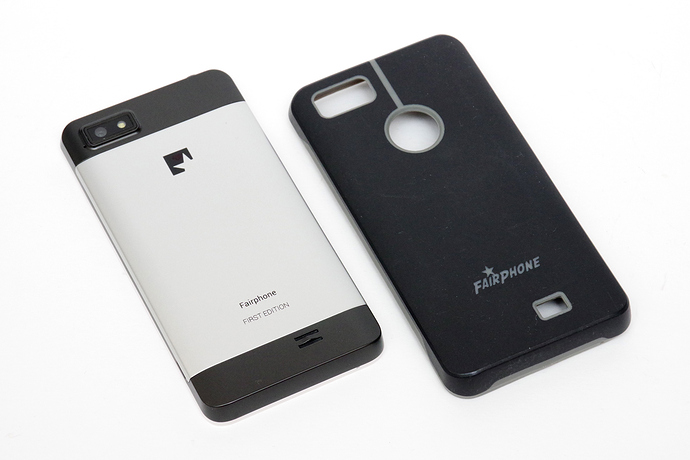 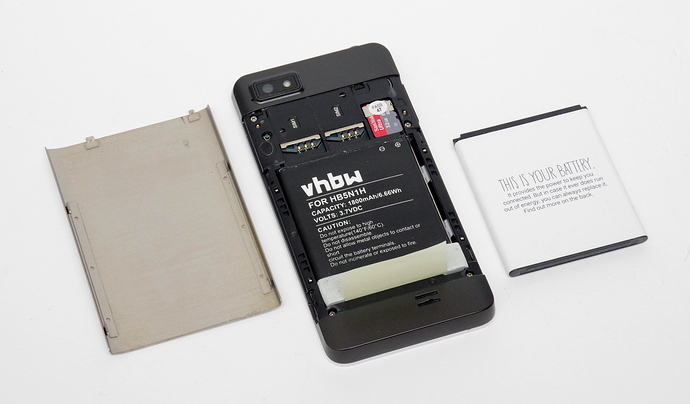 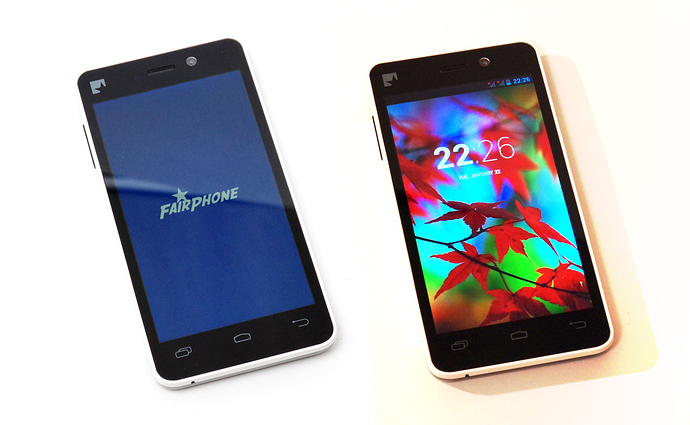 Retired it in November, after 4 years and 10 months of use. It has very little visible wear, as I used it with screen protectors and a case basically the entire time. There are a few flecks of dust on the screen in the pictures, but the only supertiny scratch I can see IRL doesn’t even show on any photos. The paint of the logo chipped a little in the first few weeks (there must have been an air bubble under it), so I touched it up with black permanent marker. Still, looks-wise I think it is preserved well enough to be considered collectible.

The phone comes with its original box (postcards included), original charger with its box, and the original black case with its cardboard backing. (I liked the packaging design and had space in a drawer…) The case has obvious signs of wear, but is sturdy and still perfectly functional. As seen on the new entire kit photo, I will also throw in the last generic plastic screen protector for FP1 I have left (brandname is Savvies). I will keep the SD card though.

All parts except the battery work fine. The phone hasn’t had any water damage or falls. NB! The VHBW generic battery is NOT included, as it suddenly bloated in the 2 weeks since the photos were taken. It is clearly no longer safe to use. 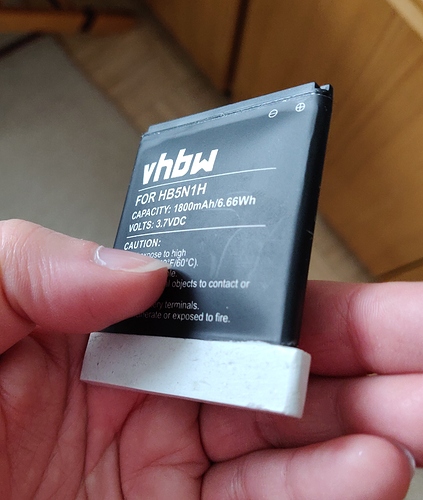 Buyer will get the original battery, which works, but doesn’t last very long.

The OS is Android 4.2.2. There are 2 known performance issues:

Do you have the original invoice? If yes, which invoice number does it have?

Ah, sorry - I have an invoice for the case (the number I initially posted), still looking for the invoice of the actual phone. The order number for the phone was 24339.

Sure, sent you a PM.

Thank you for sending it to me.

Your invoice is oke, so I hope that somebody will buy your Fairphone!

Is it still available?

I’m not sure how to contact you privately, could you send me a MP maybe?

When you click on the user icon a “message” button should appear for PMs:

Yeah, I wasn’t approved I think, but now I am! Thanks for the help!

I am interested in buying the phone and especially the spacer for the replacement battery!

Thanks for the interest, but the best I can offer is a waitlist position, as I’m already in talks with another user. I can’t really offer the spacer thingie separately either, as it is fused to the now bloated and useless replacement battery, but you could try making your own - it is made of Apoxie Sculpt modeling compound, but any other 2-part epoxy putty (Milliput, Loctite etc.) would work too. You should be able to find it in hardware stores or hobby stores that have sculpting stuff. I’m not sure in hindsight if fusing it to the actual battery was the greatest idea - sculpting a separate spacer piece that can be sanded down, etc., for a good fit, might be smarter.

No problem about the phone I can wait.

Do you have a spec for the spacer eg measurements so I can make one. What is the battery you are using? I have a similar one but not exactly the same. Dave26