SOLD Fairphone 2: LinageOS, no warrenty and troubled microphone: Around 150 Euro or make an offer

I am forced to sell my Fairphone after I received it in January 2016. Display has been replaced during the warrenty period as well as one of the modules (can’t remember which one). The phone runs with LinageOS and the battery has been replaced about 1,5 years ago. Please note that there is no more warrently.

It has the blue new slim protection skin, however this is the part which looks somehow old. There are minor scratches on the screen.

According to the Check up tool neither the primary nor the secondary microphone work anymore since about a week. I would suggest to replace the botton and top module (55 Euros in total according to the store.

Its not pleasent for me to sell the phone because I love the project, but I just don’t have enough time to put much more effort into it while at the same time I travel a lot and I need a phone. I guess it is the most sutainable way if someone else takes further care of it.

I do not give any guarantees, you are buying a used phone with a defect. It is more for people who are willing to put some effort into the Fairphone, people who need a working phone straight away should consider something else.

Payment via Paypal, shipment via DHL troughout the EU or pick up in Hamburg. 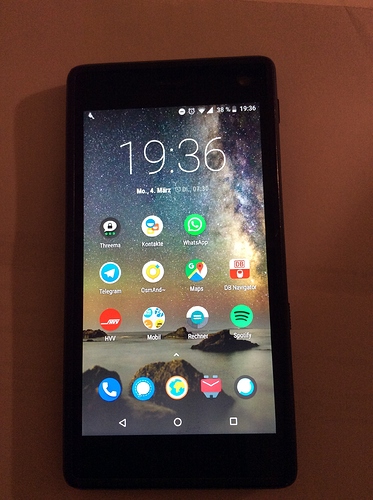 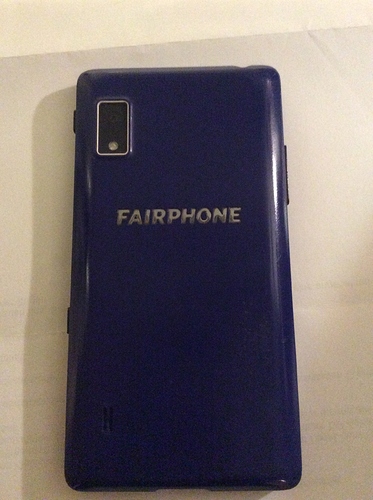 If you don’t find someone who wants to have it as their primary phone, I would be interested to use it as a test device. I could live with non-working microphones and would be able to pick up the phone in HH.

Sent you a private message

Hello, I also put this one on Ebay, however I would prefer to sell it to someone here. Decide quickly…

In case you have not already sold your phone I would be interested in it, mainly for the core module, but also for other spare parts. The core module of my FP2 was just confirmed broken by the FP support. I live in Amsterdam currently. Just drop me a message if you still want to sell.

Hello everybody - phone has been sold quicker then expected on eBay! We can close this discussion now…