Well, I guess it’s better not to talk about something, but doing it right, than the other way

Hi, the update is available for me. My provider is Vodafone Germany.
But now the very interesting thing:
I haven´t installed the update, but since today, i can see the caller ID.
Today in the evening i received a phonecall and i was really surprised that i could see who is
calling. So i took a look in the Forum…and i saw : the update is here…but i really haven’t installed it.

This is really spooky, what do you think

1-2 weeks ago others had a few calls where they could see the number, but just shortly and the assumption was, that probably at this moment the FP3 was logged in the 2g Network not 4G, because of coverage?

Apparently, by fixing the adaptive brightness dropping to zero, the minimal brightness setting was made brighter (again)! I can’t lower the brightness of the screen backlight as low as I could before the update - I’d like the lower backlight back, please

Yes, what you are describing is what Fairphone said, it would happen with this update:

Hi everyone, Thanks once again for flagging these issues. Our technical team has been investigating both the adaptive brightness, and the unknown caller ID issue in Germany, and have found the root causes for both. We’re currently working hard to implement these fixes as soon as possible. Fixes for both of these will come in the next software update. In the software update after that one, we aim to re-introduce the improvement for display lighting so that it works as we envisioned. Our sincer…

Thanks for the link! Too bad that it wasn’t really specified in the patch notes for this particular update (only a fix for adaptive brightness dropping to zero was mentioned, not reversing the minimal backlight brightness) or else I would have skipped this update.

I understand, but skipping security updates is never a good idea, even if it helps with a different issue.

I guess that’s not true because everyone was affected by brightness issue. Anyway, nice they have fixed it, that months were a pain. 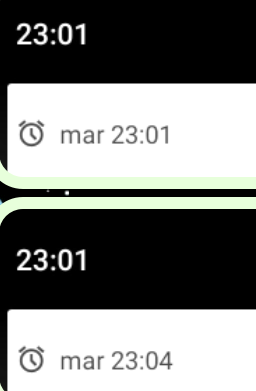 Edit: I’m quite sure it’s an app bug, not fp

I really wish „early November“ would come soon. Unknown calls and vanishing brightness is making me mad. I honestly think about a new mobile, although I really like the fairphone idea.

Yesterday, I had an Update, but brightness is same

Edit. Several new starts later, no ideas left but switch „automatic brightness“ off and on again.
Miracle occours: Seems to be ok now

Hi Key and welcome to the community and our forum!

Which update did you receive and which operator network do you use? As I expect you’ve seen above in this thread, 3.A.0132 was officially announced yesterday and is rolling out on the different networks, some may be delayed a little.

Hi and thanks for your kind answer, I just tried the thing and edited

When reporting about updates I suggest that we systematically indicate which version we’ve just installed. I know of at least two for FP3 recently in circulation, 3.A.0130 that was never officially announced in this forum and which reached some French users, and 3.A.0132 officially announced by this thread. There may be others!

Thanks for helping to keep things clear!

I just tried the thing and edited

That’s good!
I hope the “unknown caller” problem is fixed for you too.

Well, if this update only fixes the bugs mentioned in its notes (why wasn’t the backlight mentioned?

), I see no security problem by skipping it. I’m using my phone in an unlit room and would really love to lower the backlight waaay down again like before.

The brightness level change is mentioned and the update to Security Patch Level: 5th of November, 2021 also.

Well, if you want to skip Android security updates too…