4 posts were split to a new topic: Discussion about “First steps on FP Open” Wiki

How I understand this source https://gitlab.com/fdroid/privileged-extension#how-do-i-install-it-on-my-device:
“Installing the F-Droid Privileged Extension directly from the F-Droid … is only possible on Android versions older than 5.0. It is not possible on Android 5.1, 6.0, and newer” means for me that for us the passage above “The best way to install F-Droid Privileged Extension is to flash the update.zip file using the standard mechanism for flashing updates to the ROM.” is important.
Unfortunately the update.zip for the last version 0.2 (added 01.11.2016) is currently not available (https://f-droid.org/repository/browse/?fdid=org.fdroid.fdroid.privileged.ota) maybe because of problems in building process.

I’d like to add my support to making it so that F-droid can be used without having to check the allow-whatever-software box.

F-droid is a great app store though.

@Douwe I think the poll result is quite clear.
Do you think this is something that could be realized soon, or is it more feasible to wait for Android 6?

Thanks all who voted and debated the different sites of the matter!

It is not my call, and I think the chance is big this will wait 'till Marshmallow, but I will make sure that this community vote and discussion is known with the developer team.

I think, FP open should include no store. It should be easier to make f-droid a persistant system app after the user installed it. The open OS should be as slim as possible. Also the included musicplayer is too much for me. I disable it from beginning and install vanilla music. The same with the browser.

The thing is: Many of the currently preinstalled apps like Browser, Camera, Downloads, Email and Search can’t compete with other apps of the same purpose and them being preinstalled brings no benefit to anyone. There are more downsides as some users actually think that because these apps are preinstalled they must be good, so they use them - with all the issues that come with them.

F-Droid on the other hand is the poster child of FLOSS app stores and preinstalling it brings additional benefits.
Sure an option to easily install it as a system app - or two versions of FP OS, one with and one without F-Droid would be ideal, but such special wishes probably bring an unreasonable increase of work for the devs as well as more opportunities for bugs.

On the other side, it does not matter. You can deactivate the preinstalled apps you don’t like.
For me I like slim systems with less preinstalled apps, and not on the phone only.
But when f-droid will be preinstalled, please keep the client up to date.

You can deactivate the preinstalled apps you don’t like. 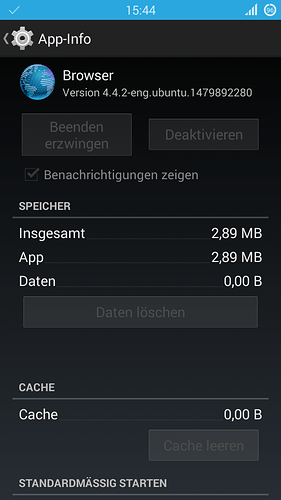 You cannot?
I deactivated Email, Browser, Camera and Music. I am on FP open.

I’m on FP1. Apparently this is not available here…

Strange! I thought, that is a basic feature of Android.

You and @paulakreuzer can read three posts above about the inocuous F-Droid Privileged Extension. Included in the system and self-compiled by Fairphone, this offers the oportunity to keep the system slim, secure and updated easily and use F-Droid without including it in the system —if you want to use it. If not, just don’t install F-Droid, which is a normal app.

Strange! I thought, that is a basic feature of Android.

The previleged extension does not work on FP. And it seems, that there is no more progress
with it. I never got it to run on any device, even with Cyanogenmod.

I use f-droid myself, but I think, the open OS variant should come with nothing preinstalled. I
also use Amaze, but it should not be preinstalled. I don’t know, which apps are included in
the AOSP tree. There are 4 possible solutions:

The problem could be, just with a core system with nothing preinstalled, an less advanced user
could not know how to start.
But the voting seems to be clear. So it will be solution 4.

The previleged extension does not work on FP. And it seems, that there is no more progress withit. I never got it to run on any device, even with Cyanogenmod.

I’m using it on FP Open and a familiar of mine runs it on a CM12.1 without troubles. I had to manually install it, though. The automatic installation from F-Droid seems to be the only thing not working on Android 5.1 and above.

Just ask the user with the first run what to install. I don’t know, if that would be possible in Android.

The problem could be, just with a core system with nothing preinstalled, an less advanced usercould not know how to start.

That’s the main problem, IMO. FP Open is used uually by more advanced and tech-savvy users, and that is bad. A normal user should have the oportunity to switch to Open and not need to enable the dangerous 3rd party apps check on its settings, and for that they need a trusted app store. F-Droid brings flexibility if you want to use it or not.

Where did you find the flashable file for the previleged extension?

Not yet released. I manually installed the APK and moved it to the system with /system/app mover.

The FP team could just compile it from source. If they have troubles, I’m sure the friendly F-Droid team will be open to help.

If it will be still possible to deactivate the unwanted preinstalled apps, then there
is no problem.

If FP Open came preinstalled with F-Droid, would that mean that its settings (such as repos, preferences, etc.) would be deleted during each update?

If it will be still possible to deactivate the unwanted preinstalled apps, then thereis no problem.

With F-Droid preinstalled as a system app you can even delete the preinstalled apps (at least if they are in the F-Droid repository).