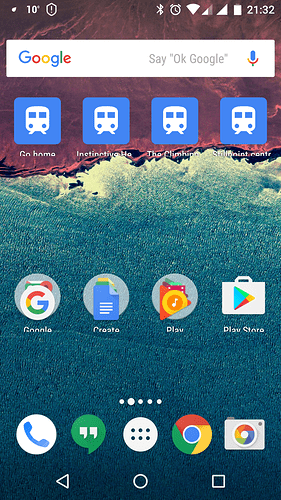 Interesting issue. I haven’t experienced this here. Is it reproducable, means, does it occur every time after boot? Does it remain when sliding forth and back a page on the screen?

It seems to me you have some kind of Zoom enabled, probably in Settings > Accessibility.
It’s still a bug as this function should work properly.

Not fixed from reboot. Swiping around doesn’t change it. New short cuts are created cut off. Nothing is enabled in accessibility at all.

Go to Settings > Apps
find the setting to show system apps (probably top right corner menu)
then find the FP launcher in the list and delete it’s cache and data.
If that doesn’t fix it than there must be a setting wrong somewhere, or a 3rd party app causes this.

Can’t delete cache/files for Google now. The buttons do nothing! Weird.

Swapping to Fairphone Launcher didn’t change anything (seemed to stick with Google now!)

A Google now problem with Fp2 and Android 6?

A Google now problem with Fp2 and Android 6?

The cell size for the app icon in Google Now is reduced now. It makes room for an additional icon row, but clips the text. It’s possibly due to wrong display system parameter settings, similar to the earlier scaling problems when the dpi settings were wrong.

I can confirm this problem.
For now I switched back to the new “default” Fairphone Launcher, which looks like the Google Launcher…

Can also confirm this bug as well and it also has an impact on widgets (see screenshot).

Since updating to Android 6, I had the feeling that several UI things have an unusual size which sounds pretty much like warmingeon’s assumption.

Hope this is fixed soon =) 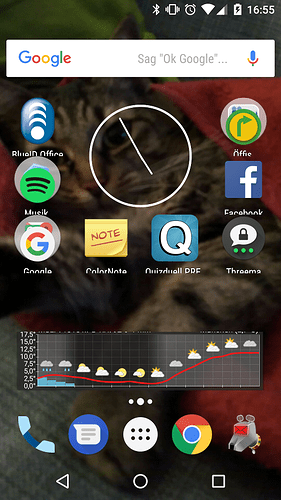