I want to sell my FP 2, took the simcard out and reset to factory settings. There are still two small cards in the phone. Do I have to take them out (for privacy)?

I really wonder, how there can be still 2 card left, if you took out the SIM cards.
Did you have some of those SIM cards that fit into all form-factors (i.e. mini/micro/nano) and where you break out the size that you need?
If that is the case, the two small cards might be the nano cards, that broke out from tear and wear (i.e. moving the phone around).

If so, YES, you should take them out; since they are actually your SIM cards, in addition with all the numbers stored on them, that you placed there.
I just doubt, that this can be the explanation, since you surely would have noticed, that the SIM cards you took out are just small plastic rims.

Here on iFixIT is a teardown of the FP2. Maybe you can use one of the pictures (most likely step 3 or 4) to describe where the cards are. 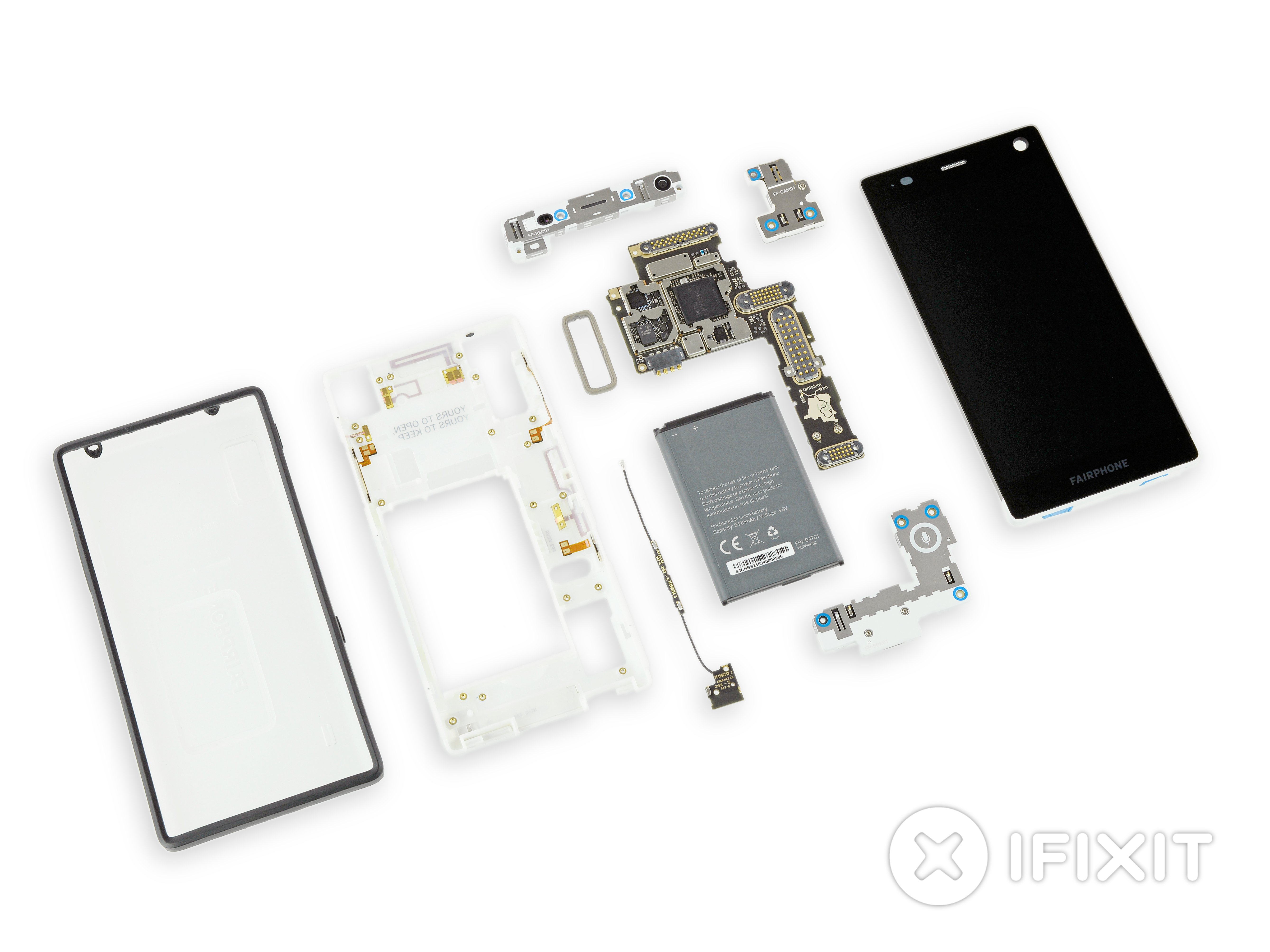 If the card is the micro-SD card on the right side above the battery, then you should take that out as well of course. There might be pictures stored on that card.
And it is something you can use with any other phone etc. again.

I’m not sure I grasp your problem.
Could you perhaps post a photo? It would make things easier.

A picture would indeed be best so we can be sure what cards they are, but I imagine they’re the SD card and a secondary SIM? In which case, like Bert said, definitely remove them before selling.

This really helps. Those two items (picture) seem to be something else, no cards. Right? 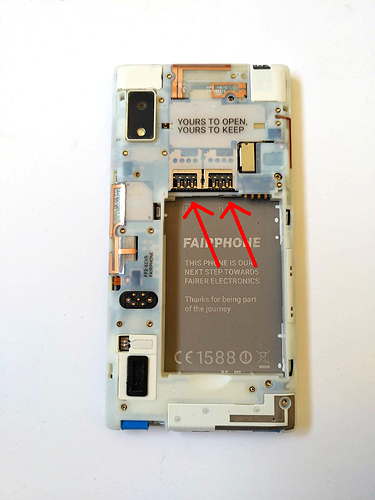 No, these are definitely not cards.
One is a little piece of plastic to avoid taking the screen away if you didn’t take the battery out, and the second is a metal pin part of the core module.
They are not cards and are not removable. If you open your phone, that’s what you’ll find on the other side: 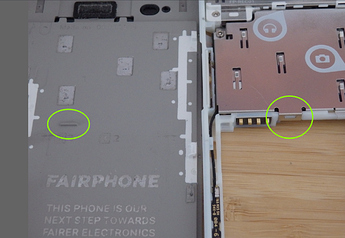 What I meant were these two (picture), not “little pieces of plastic”. Could look like cards, dont´t they? 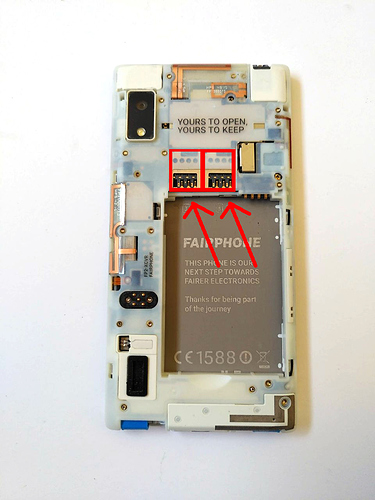 Oh ok, I understand. No they are just the SIM card slots. It looks a lot like a SIM card because that’s where you put the SIMs in

Or did I misunderstand again what you meant?

Sorry, my red flashes were misleading.
But these are no slots - at least I cannot put anything into it. Because there IS something inside already. (What looks like two cards to me)
?

Ok… I don’t get it then. I don’t understand what can be inside. There should be nothing inside the SIM slots.
You took the SIM card out, didn’t you? This is where you took it out from?

I think, I got it. (EDIT: Though looking again, I become more and more doubtful, to be honest.)
If I am right, it’s quite the other way around than I initially thought.
You - in fact - broke out the nano SIM cards and thus left the rest (the frame so to speak) in the slot.
This picture from Deutsche Telekom might explain what I mean: 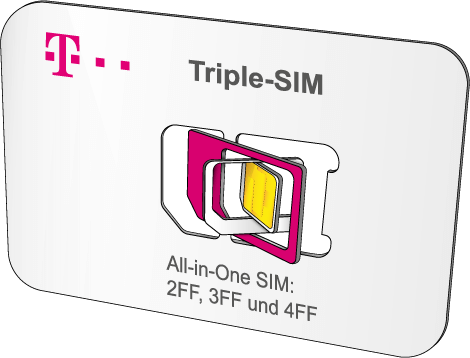 The triple SIM is as follows:

You had a micro-SIM card (or a double SIM, as there was no “mini” part).
When you took out the cards, you just got the nano part out, that might have come loose.
In stays the white part.

If that’s correct, take it out.
It will not do any harm, but when you give away the phone, the next user can simply put in his/her cards. Otherwise the next person is wondering what’s in these slots blocking cards.

EDIT 2: Maybe you could add a picture of the cards you took out. The side with the contacts would be enough, as the provider is totally irrelevant here.

@ASRAphone please don’t pull out anything else from your phone, your photos show it’s just like you can hand it over to a buyer. Your SIM slots are empty.

For comparison, my own FP2 here with both SIM slots all empty: 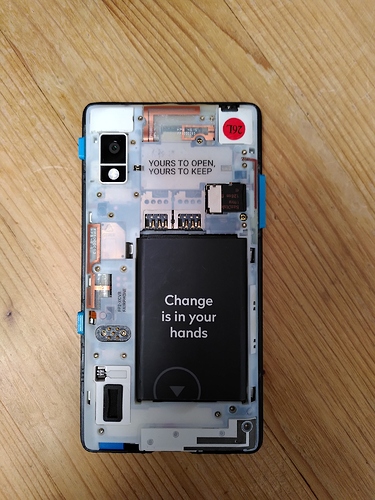 I think, I got it. (EDIT: Though looking again, I become more and more doubtful, to be honest.)

Yes. I don’t know where you can see a frame. Moreover, you can’t take the nano card out on its own, you have to take it out together with the frame.

please don’t pull out anything else from your phone, your photos show it’s just like you can hand it over to a buyer. Your SIM slots are empty.

Yes, I agree. If you try to pull out the card and find out there was no card and you broke the SIM slot, you will be sorry. I confirm as well I can’t see anything in there. As I said higher, I see only empty slots, nothing else.

Thank you all for your help!

This is what I wanted to know. Thanks!