Have you tried any screen protectors for the FP4? Preferably tempered glass ones? The fit is often difficult to get right so lets discuss which product fit the best. Any experiences so far?

I have the official screen protector with privacy filter from Fairphone. No surprise: It fits very well. The privacy filter does have a negative impact on the perceived screen resolution, so I don’t think I will order it again if it breaks some day.

Does anybody actually know why they do not offer a blank screen protector? I’d like to get one, but I don’t want the privacy filter, neither do I want the blue light filter…

I had the privacy shield one, but it degrades the screen in my opinion. If I keep my FP4, then I’ll go try the blue filter one. It claims to have no negative effect on the screen, but I doubt it. Let’s see.

I wish they offered a matte one. I used to have one on one of my old phones years ago and it was so nice to use.

I want to try a protector for a Samsung Galaxy A12/A32, looks like it may fit… Notch in the right place, screen is similar size.
Yes, the A12 screen is slightly bigger, but also it has a slightly taller aspect ratio than the FP4.
Therefore according to a screen size calculator, the FP4 screen is merely 1mm narrower than the A12 screen…
Since the bezels on the FP4 are bigger (especially the top and bottom bezels), perhaps that will balance out and the A12 screen protector will fit on the FP4 more or less?

In all, the FP4 screen is 1mm narrower and 6mm shorter than the A12 screen.
So the FP4 bezels just have to be that much bigger for the A12 screen protector to fit.

The big worry is that the FP4 notch is “deeper” than the A12 notch, which might result in the A12 screen protector covering the front FP4 camera, or even worse, partially covering it.

When I first ordered it, I realised during the application process that the screen protector was slightly too big, which cased it to not sit flush to the screen (since there is a small ridge around the FP4 screen). I contacted customer service and forwarded my complaint, which resulted in them altering the product and sending me an improved version for free. With these alterations, the screen protector is the perfect size. Thumbs up for a good product, two thumbs up for stellar customer service.

I am also using a (matte) Brotect airglass screen protector and had/have similar issues. Unfortunately, they were not able to send me an improved version but sent new protectors of the exact same size instead. Hopefully I will also get fitting ones:)

I ordered some cheap ones at ebay. It fits well and is enough from my point of view. Didn’t feel like spending 40 € on a screen protector … #student

let us know how the matte one is doing once you manage to get one that fits! I’m definitely interested in getting one.

Regarding the FP3 I can say the privacy filter works OKish, but I find I increase the brightness, and that sort of defeats the purpose, and also costs more battery because of that. Also, its easy to create scratches on it, while the screen itself is gorilla glass, and would’ve survived such scratches. It does degrade the quality of the screen a little bit, too. Given the screen protector is like 50% of a new screen, I’d risk it on a Fairphone (on an other phone, perhaps not!)

I had the same experience with the Brotect. Cut too big.
That being said i also didn’t like the lack of bulk on it. I don’t care how flexible the glass film that i semi-permanently adhere to my perfectly solid and flat screen is. I just want it to be protected. Didn’t feel that way about that slim thingy. I’ll still use it since there’s not that many other options for now but i’d really like a thicker one. 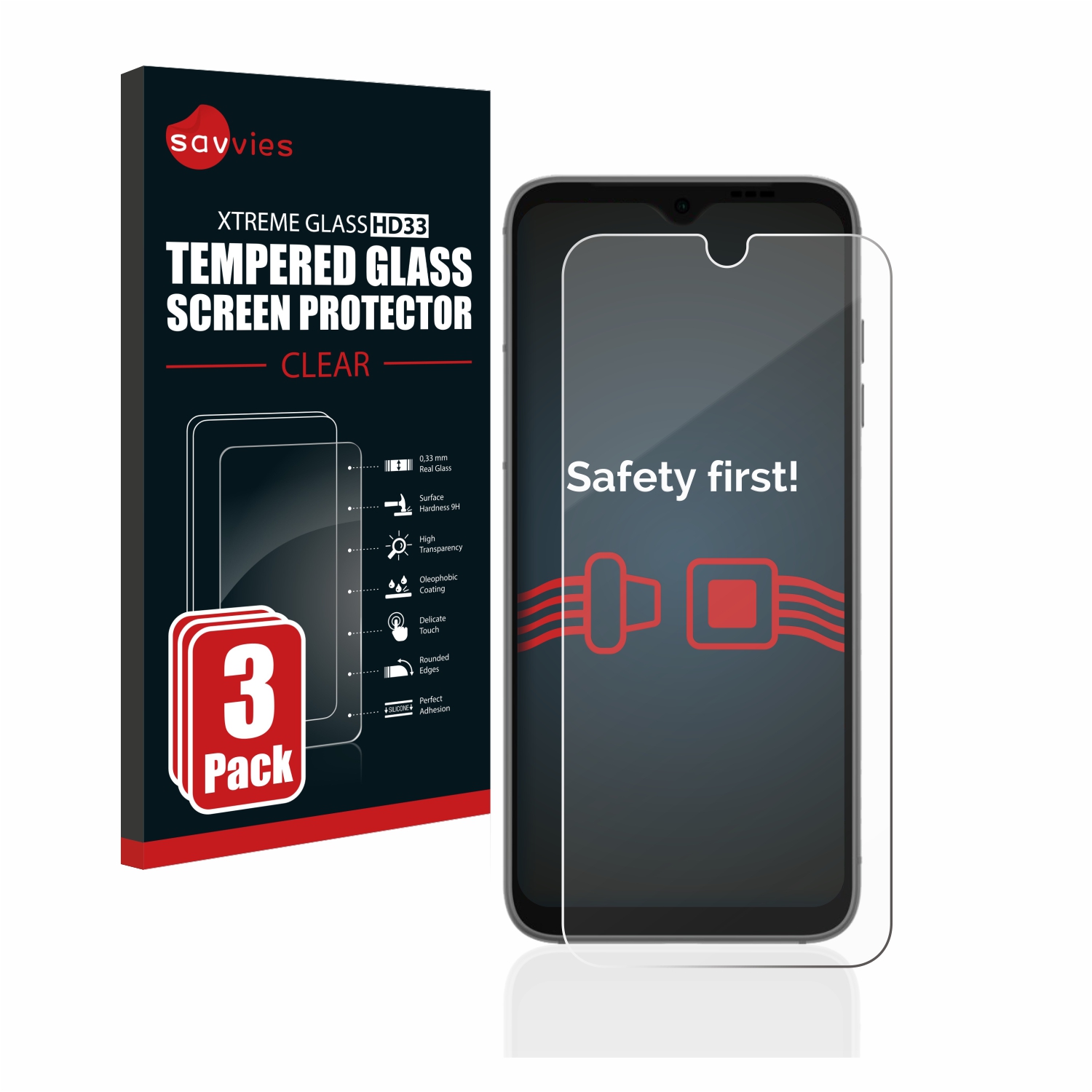 I can’t say for sure if it’s thicker than the brotect, but I ordered the brotect because I got the impression that the brotect was thinner. So perhaps worth checking if the above is thicker?

I just received the BROTECT AirGlass Screen Protector for my Fairphone 4 and here are some thoughts on it and the application process etc.

What does 9H hardness mean in screen protectors? – The Biggest Lie in...

Today, smartphones are getting more expensive, major mobile phone manufacturers are trying hard to increase the price level as much as possible. For most people, a smartphone is a “valuable” thing, people are more and more inseparable from mobile...

Graphite pencils are made of a mixture of clay and graphite and their darkness varies from light grey to black: the more clay the harder the pencil. There is a wide range of grades available, mainly for artists who are interested in creating a full range of tones from light grey to black. Engineers prefer harder pencils which allow for a greater control in the shape of the lead. Manufacturers distinguish their pencils by grading them, but there is no common standard. Two pencils of the same grad... The Mohs scale of mineral hardness (/moʊz/) is a qualitative ordinal scale, from 1 to 10, characterizing scratch resistance of various minerals through the ability of harder material to scratch softer material. The scale was created in 1822 by German geologist and mineralogist Friedrich Mohs; it is one of several definitions of hardness in materials science, some of which are more quantitative. The method of comparing hardness by observing which minerals can scratch others is of great antiquity...

To get a true “9 on Mohs Hardware Scale” would require something like a sapphire screen protector. I’m not aware of anyone making these for the FP4 as they tend to be very expensive and reserved for the big brands top-of-the-line models.

However, even with the above in mind I would rather have a tempered glass or “AirGlass” screen protector than nothing. I don’t foresee regular scratches getting through this BROTECT AirGlass all the way to the real screen. And if the screen protector gets scratched its easily and cheaply replaced throughout the phones life, especially if you get the 3x pack and have 2 spares stored away in a drawer for when that day comes.

Film vs Tempered Glass?
The BROTECT AirGlass Screen Protector is a hybrid glass flexible film, not tempered hard glass. Generally a flexible film like this has the strengths of being thinner, better edge-to-edge coverage, and better impact resistance.

Tempered glass or other really hard and stiff screen protectors are thicker by comparison, so stuff like rounded edges is more important. They also tend to have a harder time giving edge-to-edge protection unless they’re more expensive/precision made. They shatter more easily, which is arguably fine, so long as the screen is intact since they did their job and took the hit. Tempered glass can feel better to touch as well, since its basically glass like the original screen. They also offer much higher scratch protection against keys or coins etc in your pockets and generally rank around 6 on Mohs Hardness Scale if they’re good.

So you might want to choose a type depending on what of the above things you value.

Order Info/Model Details
I got the 3x pack from “schutzfolien24” amazon.de shop. This is the German amazon presence of https://www.protectionfilms24.com. 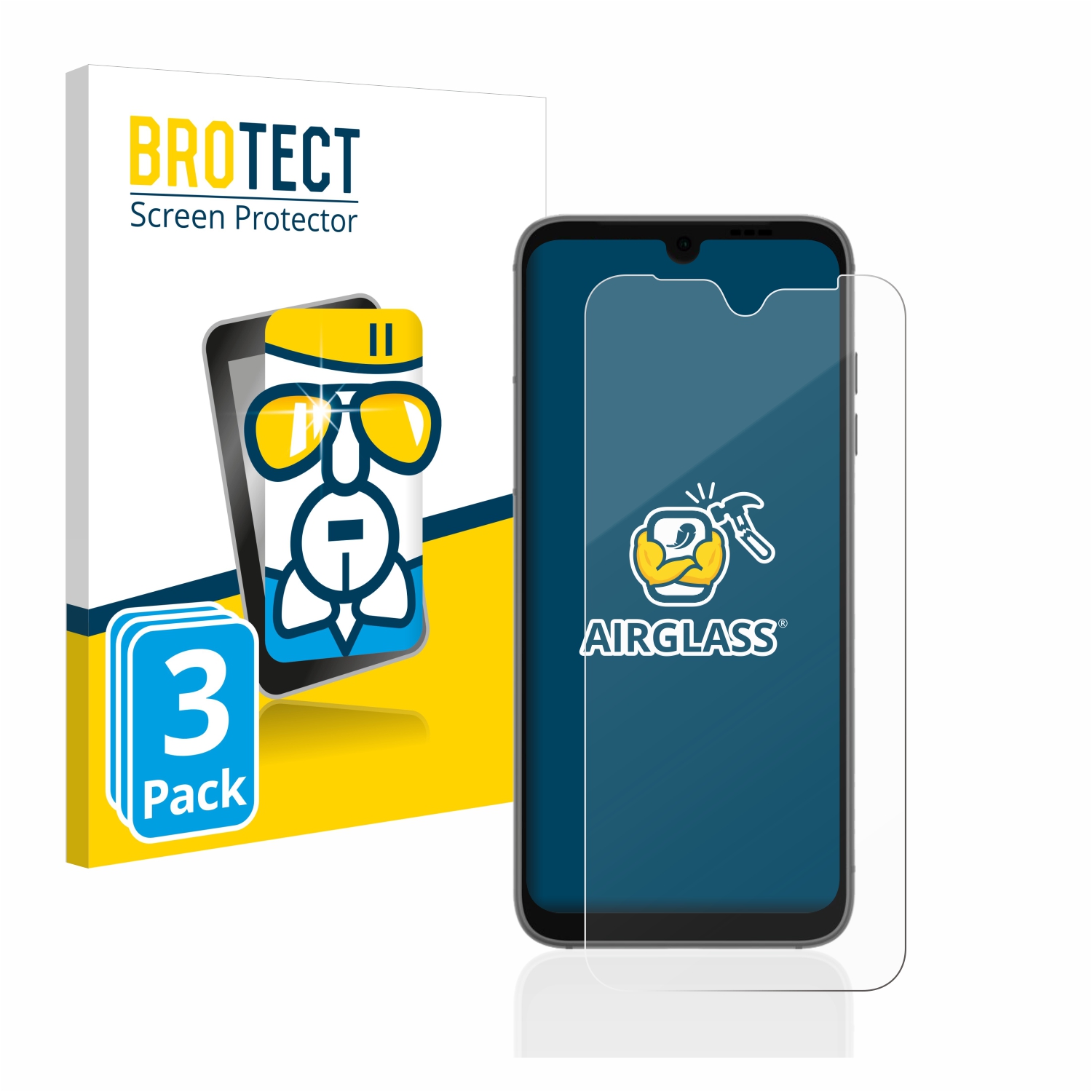 BROTECT AirGlass Premium Glass Screen Protector, the Extra-Hard and Ultra-Light mate for your Fairphone 4! This glass mate BRO is new in Europe and contains an exclusive and revolutionary technology in screen protection - AirGlass, exclusively...

I think the “131221” part of the SKU number might be the date it was cut? It would fit well if they are cut when ordered, since it shipped on this date.

Hopefully this big write-up was useful to some looking for a screen protector and considering the BROTECT AirGlass. If you have any questions about this particular screen protector let me know and I’ll see if I can answer them.

I bought the original Fairphone 4 blue light screen protector and it broke after 4 hours on the display. I didn’t drop the phone (nor did I try my new hammer on it…).

Very dissappointing! I will check out the alternatives in this thread - thanks for posting these!

that was an expensive fun for 4 hours

I would #contactsupport as I doubt that this is normal

it broke after 4 hours on the display

Due to the fact that the glass is slightly thicker than the frame, the glass stands a little over.
Did you have the FP4 lying on the glass on a glass table?
That happened to me once with my old Nexus4.
The glass shattered due to the different temperatures.

Thanks, I did, I’m waiting for a reply (it has only been 3 days since “the crack incidents” and reaching out to the support).

@FairphoneHulk : No, but I have to point out that I am an incredibly clumsy person and might not have handled the glass careful enough when assembling it. I will treat the next one with superduper raw-egg-care!

And - Offtopic: By the way, I am new here and really happy about receiving such helpful and kind recommendations and answers! Have a great weekend!

In my opinion the blue screen protector works fine. But if you want to protect the screen, don’t bother to buy it. I dropped my phone accidentally and the screen is already broken under the protector

. Maybe because the device is so heavy.