RSS reader to use with Miniflux

I finally got my Miniflux RSS reader working. Now I need a good RSS app that syncs to Miniflux and downloads all articles (if possible the full text) for offline reading.

Anyone here got tips?
(btw. I now use Press, but it is no longer developed and for a more future proof setup, I’d like to switch to an app that is being maintained)

Thank you, I didn’t know Miniflux and it seems cleaner visually than TinyTinyRSS.

In their docs, they state to have compatibility with any RSS reader that can consume the Fever API: https://miniflux.net/documentation/fever

I’m not aware of any libre Android reader app with such compatibility, but Press (proprietary) seems to be compatible.

Hey @Roboe, you’re welcome. It works pretty well I can say. Also in combination with Wallabag as a self-hosted read-later service.

But yeah; the Libre app counterpart is missing. As stated above, I now use Press, but it is no longer developed and for a more future proof setup, I’d like to switch to an app that is being maintained.

Time to write your own app then!

they have a JSON API too:

I’m using miniflux (the hosted version though) and was also searching for opportunities to Press when I first started using miniflux. Back then there was none (at least for android) so I was stuck with Press, which is okay but has a few bugs and downsides (no adding feeds because of the limited fever API for example). Motivated by your question I searched again today. The only “app” I could find was the webview “Embedded Miniflux” - nice to have, but not a proper replacement for me: 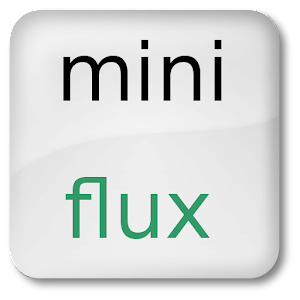 As fever is now discontinued by its developer and the system never attracted enough users to have popular rss reader apps support it, this is probably not the way for a solution. Either someone integrates the miniflux API into an existing RSS reader app or the programmer of miniflux fguillot implements another API into miniflux, for example the one of tinytiny RSS. I suppose the latter would be the best approach - and fguilot did it once with the fever API, so he might be willing to do so again. Maybe you wanna weigh in on that? There is an open feature request on github:
https://github.com/miniflux/miniflux/issues/476

Miniflux was updated and radically changed.
Now it is written in Go and has more dependencies to install. Sadly no more shared hosting…

@parisc your feature request has also been removed…

Also, a recent search for a Press replacement still gives me no results… If someone else found something, I would still be happy to hear!

Now it is written in Go and has more dependencies to install.

Shouldn’t Go produce statically-linked binaries? I.e. no depencies at all. Unless you’re trying to compile it from source, of course.

If someone else found something, I would still be happy to hear!

Miniflux web is now a progressive web app, so you could “install” it once you open it in a browser.

Edit: oh, I guess you are still looking for Miniflux 1.x clients, sorry.