I had to replace the screen a few months ago and handed it in to a shop. Since then, the camera is blurry and unable to focus anymore for a distance of more than 3cm.
Now I wanted to replace the camera, but unfortunately, the module is sold out in the shop here.

Question 1: Does anybody know whether/when the module will be available again?
Question 2: Is it actually possible, to replace it with some other camera? If so, which is fitting?
(Question 3: Is it possible that the camera is not actually broken but rather badly connected when changing the screen?)

Does anybody know whether/when the module will be available again?

I’m guessing never, bacause FP1(U) is no longer being produced.

Is it actually possible, to replace it with some other camera? If so, which is fitting?

I’m not sure here either but probably not. Although! The FP1(U) is based on some Asian Phone (I don’t know it’s name), maybe they have fitting cameras left.

Is it possible that the camera is not actually broken but rather badly connected when changing the screen?

Sorry for not being able to offer anything more helpful than speculations. Maybe you should just contact support again and ask them those questions.
Good Luck!

I was hoping that the FP would last for some more time.

But thanks for your answer!

My guess is that maybe the transparent piece covering the camera might be dusty / greasy because they touched it at the repair shop. You could open that piece and clean it to see if it helps.

Hey Stefan, unfortunately, this is not the problem. Basically, the phone is shortsighted. The picture is fine up to 3cm distance but blurry if more distant.

This could still be dust as @Stefan described. The camera might detect something right in front of the lense and therefore focus on it. Everything that’s not close to the camera will be out of focus.

Hi, I have the same Problem.

The camera image is now completely blurred, only objects around 3 cm distance are sharp (like J_Ninja’s phone). I have a FP1 and was extremely happy with it…

So does anybody know how to fix it?

You should contact support. You still have warranty, but maybe - if you did (more) damage yourself by opening the phone up - you will have to pay for repair. Maybe not

Ok, thanks for the fast reply! Will contact them…

It seems as though I have the same problem: I had my screen repaired and now my camera will not focus on anything further away than about 3cm. @Ja_Ninja, @onlyjonas, and @Stefan did you find a resolution to the problem in the end? Any guidance/advice on how to get this fixed would be much appreciated since I got the fairphone in order to take and email pictures easily!

Hi,
as @paulakreuzer suggested, I contacted the support and got my Phone repaired - within the warranty!
Really great support! Now everything is working again!

for reference: here’s a picture of a broken FP1 camera (or rather the broken focusing mechanism). The camera stopped focusing (only clear focus at ca. 3-5cm distance). It seems like the glue between the focusing mechanism and the camera housing failed. Maybe this is useful for others… 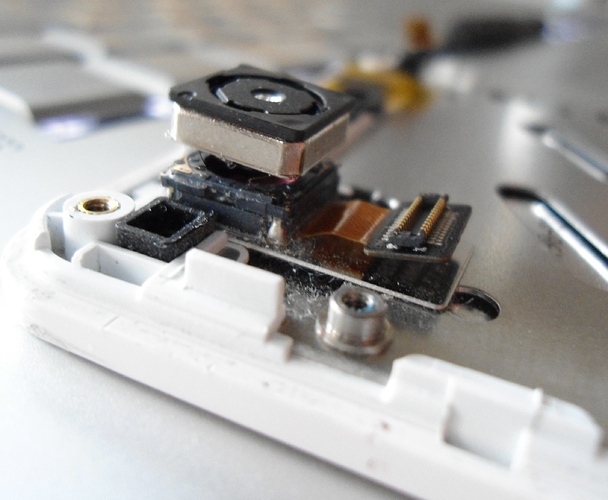 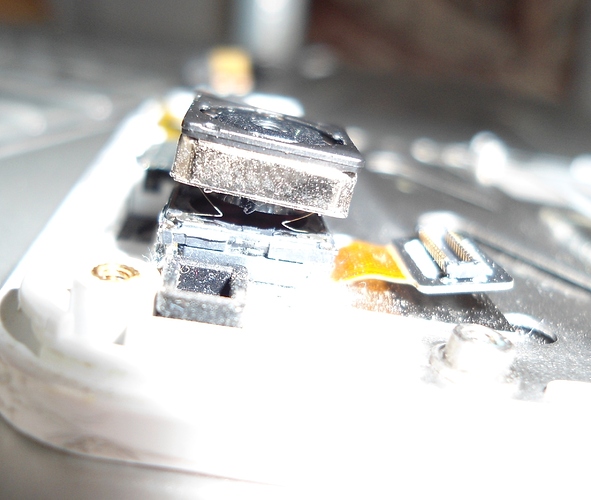 I had to disassemble the FP1 (for a different repair). When I opened the case, the lens came off the camera, with four tiny wires dangling from it. I think that it was loose already before, because photos became less and less focussed over time.

So I didn’t manage to put the wires back to their correct location on the sensor module, which means that the lens is unable to focus now. What do you recommend to repair the camera module?
Do you think there is a way? I would prefer this to getting a new camera, because I am currently living abroad without access to shipping.

I’ve moved your post here, because other users had the same problem.