Repairing a break in the translucent FP2 case

Here is a picure of my successful though unsightly repair of a break in the black translucent cover of my FP2.

It broke after a couple months of use, so I got a new one under warranty. It also cracked, within a month this time around. I didn’t really feel like getting another new case, even if it was free under warranty, so I set to repairing it.

I tried superglue (cyanoacrylate), which broke after about a day, seemingly out of nowhere. Next was two-part epoxy which broke straight away when I tested the flexibility of the bond. I also tried to melt the broken edges with acetone and fusing them together, but no dice.

So I ended up using staples. First, I tried to heat up a staple to embed it in the plastic, holding the break together - but the plastic wouldn’t melt.

So I cut the staples up into straight strips, laid them across the break and used superglue to bond them to the surface of the case, covering them completely. I left the whole thing to dry overnight, and… it seems as strong as ever. I flexed it more than I’d be comfortable doing with the case when it was intact, and it didn’t show any signs of breaking.

It doesn’t look great, and it won’t stop the steady deterioration of your translucent cover, but it’ll keep the dust out for now. 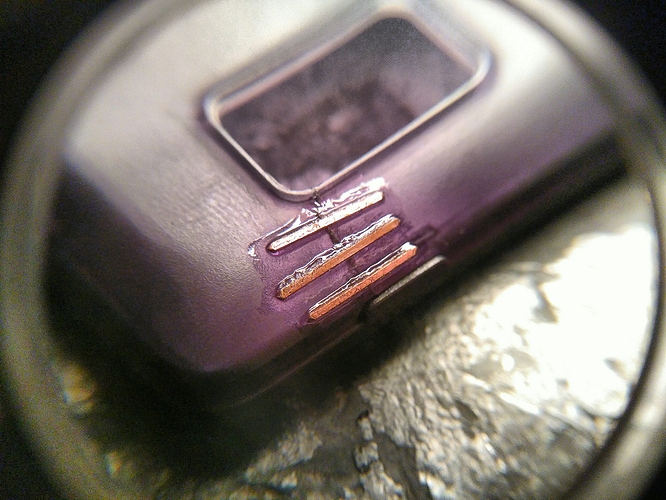