I’ve accidentally removed the ‘Your apps’ widget. I have had this before, and then I added it again from the list of widgets.
However, this time this widget is no longer shown amongst the available widgets.
Why is this? Is there a way to reinstall widgets? Can widgets be hidden somehow?

thanks in advance for any ideas or suggestions.

The “Your apps widget” is part of the Fairphone launcher, so you’d have to have uninstalled or disabled the launcher for the widget to disappear from the list.

Hello, thanks for this information.
I am afraid I don’t fully understand what you mean. I still have the other functions of the launcher (like quick access) working properly. So I guess the launcher is still installed.
Could you tell me how to enable a widget again, so that it reappers in the widget list?
Thanks in advance

Well if you didn’t uninstall the launcher than I have no idea why the widget would no longer be in the list. Just to make sure: did you scroll through all pages of the list? Maybe you only had one page before and then you installed an app that has a widget too, moving the your apps widget on the second page.
Also could you make a screenshot (volume down + power) to be sure we are talking about the same thing? 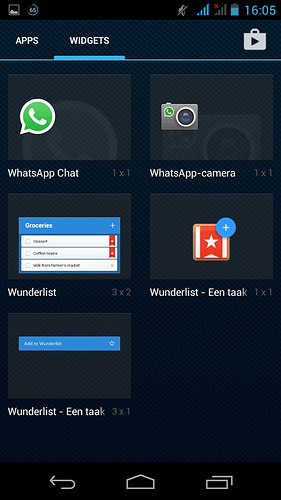 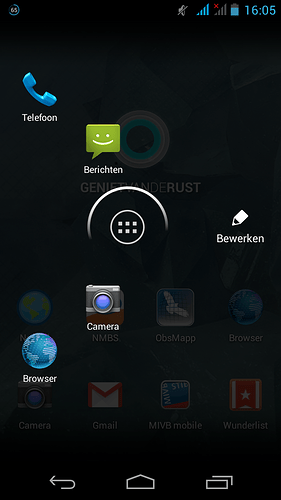 attached, you can see 2 screenshots,

Is there a way to verify that the launcher is still installed?

I would say that you have another laucher, because I see these software buttons on your screen.

If you want install the Fairphone launcher again: 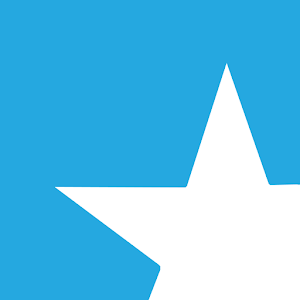 The official Launcher for the first fair phone of the world, now on your Android device!You want to experience some of the fairphone OS while waiting for yours to arrive? Or you just want to test out the Launcher because all the phones were already sold? This is your app!Features:- pure official launcher, nothing added by me, nothing removed by me!- many languages- special fairphone recent-apps-widgets- edge-swipe-menu as quick access for your apps- nice tutorial at the beginning to get you star...

Well if you didn’t install an other launcher (and it looks like you didn’t) then you must still have the original launcher. Without any launcher you couldn’t do anything with your phone.

One last thing I can think of, but you probably didn’t just look on the last page: On my FP1 the widget is called “My Apps” not “Your Apps”… so it’s not on the last page. (Ps: No I have in fact both, since I got different versions of the launcher.)