(actually set by Ubuntu, then quickly followed by Apple) of one mayor release per year

But yes, they are very predictable and on schedule most of the time.

Have you read why Fairphone 2 won’t likely have Nougat? The reality is that Qualcomm doesn’t want to bother with the updates.

Of course i have. But software updates per se are not the reason for obsolescence. The issue with missing software updates is very important to me and a good amount of discussions I take part are about this problem and possible solutions.

By accelerating the pace of releases, the usability of your device decreases, as manufacturers don’t like to bother with the updates, just sell you the stuff. Also, Google Apps are entangling more and more within the system.

The solution is definitely not stopping upgrades, but find something to lure manufactureres into updating the devices. Furthermore, I think by putting more functionality into the (Google) Apps, that can be updated via the store, the need for hardware upgrades decreases. We might not get the latest Android Oreo Optimization or Nougat Notifications, but Chrome or Gmail on our Fairphone (if we use Google) is as secure and fast and feature rich as on the latest and greatest phones.

I am amweb developer and I cannot tell you how happy I am that Google decoupled Chrome from the OS!

Yeah, but at the same time the AOSP core apps don’t get updates anymore. AOSP mail sucks, the browser too, etc. Google is basically suffocating Android in favour of Google Play Services. Also see this related article (from 2013):

Android is open—except for all the good parts.

Yes, that is true, and I had no intention to debate that. My point was: That Google does this, whatever you think about it, is good for people not getting the updates to the core OS from their manufacturer.

(If the use Google services.)

Project Treble solves the OS update issue, but it does not do anything about kernel vulnerabilities, is that right?

I would rather say: Tries to improve the update situation, not solves ;-). And as far as I understood, your are right, that kernel vulnerabilities could still be an issue.

Yes, the updated link of the project treble is the following.
As described here, the project treble allows to update the android OS while the update of the drivers and the corresponding bug is due to hardware vendors.
At the moment android is still provided with the old LTS kernel release 3.18 even if there are already 4.4 and 4.9. Here the main problem is what I have already described in a previous message of this discussion (i.e. android is not a GNU/linux distribution).

P.S.
According to SELinux project treble documentation, the new android architecture is the following:

So it should be possible to update frequently android directly by phone vendors as google does with pixel or as lineageOS project does.

What are the differences between WiFi Assistant in android 8 versus the versions that is already available since android 5.1?
Is only the fact it was supported only by pixel phone and in some countries?

If you are looking for a VPN, I suggest to use protonmail and protonVPN (free plan is enough for daily user) together with openVPN app.

Sorry about that, I deleted the post (and user) you’re referring to as a link in the quote were changed/added to point towards a domain that has been showing up in spam posts on the forum for a while now.

Here’s an overview over Treble: 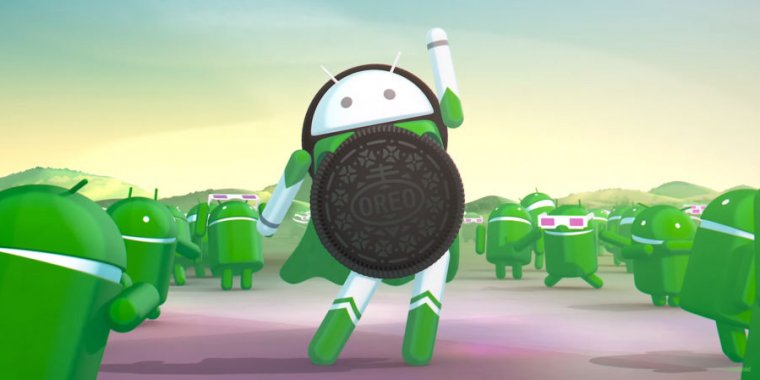 We take a 20,000 word deep-dive on Android's "foundational" upgrades.

Regarding to lineage OS, I do not see any problem since the current version 14.1, aka android 7.1, supports the fairphone 2. A Revolution in Custom ROMs: How Project Treble makes Porting Android Oreo a 1...

An exploration into how Project Treble revolutionizes custom ROMs. It took less than 1 day to port Android Oreo to the Huawei Mate 9.

This XDA-article gives some answers to my long standing questions I asked myself for some years now: why is updating Android on a smartphone much more complicated than switching between different Windows Versions for any simple and also 10 years old PC… I did not completely undestand, but it is interesting to read about…and that - maybe - something will change for the better… we will see (maybe not for FP2 as it was not originally shiped with Orero, but maybe we are lucky).

It is unlikely for any devices to unofficially receive Project Treble support via custom ROM development. HALs are not open source after all.

It‘s up to Fairphone if they want to right that train (sustainability!?). A lot of vendors out there will do.

Not at all. It’s actually up to Qualcomm and their willingness to provide updated drivers. They won’t because they don’t care for the FP2’s Snapdragon anymore.

There are some interesting posts about this topic and I invite you to read some of them. You can find them through the forum search.

That might be true for now (i.e. for the FP2).
But @sky has a point as this can or can not be taken into consideration for the next phone; or the one after that, if the next one is at a stage already, where it’s to late for Treble. And that’s up to FP (and maybe customer demand).

This topic therefore could be added to the wishlist:

Hi Stefan, how is it with a CPU upgrade module currently out, on which Android 8 is supported with appropriate drivers?