For a few days I have a new problem that I couldn’t find here before.
After switching off my phone and turning it on again parts of the little pics of the app on my home screen disappear. (I added a picture. Normally the home screen is full with pictures.)
After turning the phone on, some of them disappeared.
I haven’t downloaded an app recently and just used the phone in a regular way. I can place them back to where they have been, but after turning off the phone they disapper again.
Has anyone any help where the problem could be? 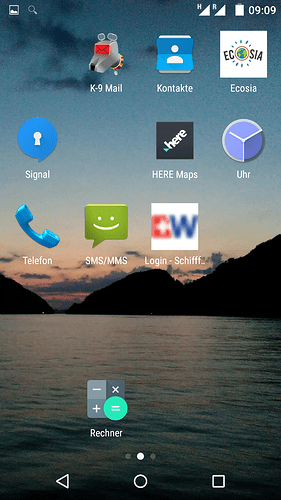 I never encountered that problem before, but what you could try is to clear the cache of the launcher.
Go to all apps - settings - apps - all - Fairphone launcher
and clear the cache. Be careful, if you press clear data instead, you will have to redo all your settings since this will reset your launcher. However, the latter option may be useful if the problem persists.

Thank you very much!
I did so and the same pictures of the apps were gone again. So it didn’t help. I will give it a try and will clear the data. Maybe that’ll help.

I guess you didn’t use these apps for quite a long time, so they were moved to “inactive apps”. If this happens, the icons disappear as well from the home screens.

Go to " All apps" and scroll down to the “inactive Apps” section. There you will find your apps and you can drag the icons again to their place on the home screen.

No, they are apps I use every day. Although there are apps that i don’t use there are no apps in the “inactive apps” part. And in the section of all apps the pictures are there, it’s just that they disappear from my home screen.

Did you maybe install these apps on the external SD card instead on the internal storage? That could also explain this behaviour…

Yes, that might be true. But how come that they don’t show up on the home screen? how can I use them there constantly?

yes, I just checked. These are exactly the app that disappear…

I guess by moving them to or installing them again on the internal storage of the phone.

Strange. I thought in order to keep the phone free of data I would save them on the external SD card. So the home screen is only for apps that are installed on the phone and not the SD card…

Thank you very much for your help!!!

I guess this has to do with Google restricting the use of the SD card in newer Android versions because of security reasons… But the FP2 has 32 GB of internal storage. So I guess you won’t have a storage problem soon…

OK, so I’ll put them back again. Thank you ever so much!!!