I came to the same conclusion about the flashlight.
Open Camera was the first thing I tried, but same result. That was the trigger for me to really think something was amiss

Open Camera was the first thing I tried, but same result.

Have you disassembled and reassembled the camera module (perhaps also cleaned the contacts)?

Not sure if this is the correct place to ask, but anyway…

Any Pokemon Go experience with LineageOS in comparison with stock ROM?
I am still playing it, but with Stock OS, the phone gets really hot and slow after several minutes, and discharges faster than I can charge it with a power bank

Nope, it wil survive the update. But it’s wise to do it a few times a year. I normally do it every time I update the modem.

Indeed, we also seem to have netmgrd crashes.

Good catch! I’ll try to roll this out in the next release and see if this helps!

Hi @taurui. I’m playing Pokemon Go on the LineageOS+MicroG version and it works well. No excessive overheating (I put the energy saver mode so the screen is black when the phone is upside-down) and the battery discharge is rather high but not higher than the external power bank…

A stupid question and some bug reporting: 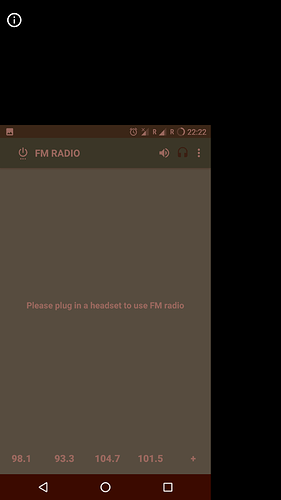 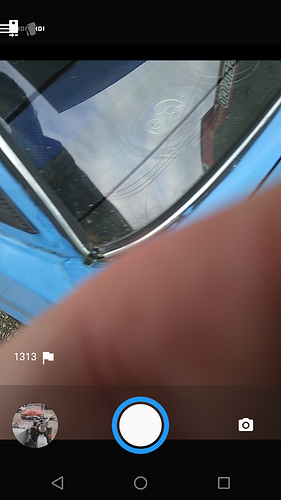 No, where exactly do you mean? I am just wondering if I have another chance to install the update from the device interface directly.

PS: Sorry I think I misunderstood.

so I “lost” the updater.

If it isn’t solved with that firmware please post in that thread to get the issue solved.

[quote]- Sometimes the screen get distorted (see screenshots below). Turn off and on the screen usually solves the issue.[/quote]I can’t reproduce that. The only issue I got with screen is that when it goes off it says in the bottom left corner a debug message that the screen is put off.

This is no “Distortion”, but the (new?) 1-Hand-Helper (so you can reach the “entire” screen with your thumb). If you click into the black areas it should go away - but i haven’t figured out where to set/disable this, nor where you can set the command to trigger it (i guess it is some slide-in/out-guesture).

To enable 1 hand mode, slide finger from left to right or right to left on the icons at bottom of screen.

In addition to my previously mentioned issues, I just restarted the phone. While booting, instead of the Lineage logo, there is a text mentioning ‘Android is starting’, for like 20 minutes now.
[Edit: Apparently I could get in the powermenu while the message was on the screen. A reboot later and it starts up fine. At least, this time]

I feel that together with my previous issues, I may have to format my phone (maybe include going back to latest FP Open before installing LineageOS) again to get a clean slate.

My current issues with nightly of 14th November:

Afaik, these issues are not present with other users, hence I am thinking of reinstalling from scratch. Which I dread btw, as I just finished installing everything after flashing the official from scratch…

Thanks! That was it…

Ow, amazing! I had no idea about the one handed mode feature.
But the second screenshot shows a distortion though (top left corner).

Is the bug tracker still valid for official LineagoOS?

@Douwe maybe it should be renamed as now it says:

###Community Port: LineageOS 14.1 for FP2###
This is the bugtracker for the community port of LineageOS to the FP2.