No way to go without GApps?

well, this could be a misconfiguration at the DDG site. Nginx is a commonly used reverse proxy used by many web servers, but you normally never run or even install nginx on a phone (because running a server on your phone is a bit unusual). Try accessing another site without the DDG search. You might also want to try accessing an IP address directly, maybe your DNS is somehow misconfigured.

It seems to be solved.
I did factory restore by Recovery Mode, this time.
No GApps and already the Cherry 1.6 ver. Same story with wi-fi (greyish, although now I know that it’s at this way when there aren’t Google Services) and application (with no connection and “nginx page”).
So I changed the DNS, setting the Comodo Secure ones, and all went well

P.S: before to install 1Mobile, i tried the Amazon App-Store, but, to my great astonishment, there aren’t some common apps like Whatsapp.

P.S: before to install 1Mobile, i tried the Amazon App-Store, but, to my great astonishment, there aren’t some common apps like Whatsapp.

Whatsapp can be downloaded from their website and even updates itself.

Yes, it does, but isn’t the same for other apps like Prontotreno.

But its fine with my phone

There are enough other ways for getting your apps:

If the Installation of doesnt work, you will need to install a tool called Maps API:
Installation on the FP:
Copy this file to this path (with any Root compitable File Explorer):
http://www.mediafire.com/download/c0r7m8r6xnrahln/com.google.android.maps.xml to /system/etc/permissions
And:
http://www.mediafire.com/download/pbf4s9l9rrv4krx/com.google.android.maps.jar to /system/framework
Much location based services arent working on a Google-Free FP before this installation.
Maps API belongs to the same project as BlankStore, but the official installation doesnt work.

… this is why I always refer to Google apps as malware. They really are and once installed, you lose control.

P.S: before to install 1Mobile, i tried the Amazon App-Store, but, to my great astonishment, there aren’t some common apps like Whatsapp

I would advocate installing the only fully harmfree app store I know, F-Droid, and systematically starting with them for a new app ; getting back to other, non-open stores only when something is not available (and open) on F-Droid.

In my experience most other stores are intrusive by themselves even if separate from Google (for instance, Mobogenie is quite cool but never quits unless you kill it, and it inserts ad banners in your notification menu, etc.)
-does 1Mobile behave correctly? (I mean, among others does it indeed quit when asked so?)

Hey Dreadrasta,
so now in the new Forum: I finally managed to copy the files as explained, but still can’t use a couple of apps, for example car2go or (for testing purposes) ÖBB Scotty, which tell me that my device doesn’t support google services and i should contact its producer. I don’t know if this refers to the Map or even to other google services the app uses.

Can you explain how the alternative Maps API works? To my understanding Apps like car2go access to the Maps API to provide mapping services inside the app (in this case to show the exact positions of the cars on a map). The alternative API should do the same, pretending to be the google API but using OSM data. Do i get this right? Thanks a lot for your efforts!
Best,
G.

@Gumbo
By installing Maps API more apps are compitable with your Google-Free Fairphone, but not all. I also tryed to install car2go, but the installation crashed.
I got this log error:
"E/PackageManager( 511): Package com.car2go requires unavailable shared library com.google.android.maps; failing!"
I already mentioned this problem here (german): http://forum.fairphone-freunde.de/Thread-Simsme-app
I dont know a solution for this problem.

Ok, now i researched a little and managed to correctly install the Maps API. I didn’t enable neither Root Access in the Settings (Grayed out because of the missing but necessary BusyBox as mentioned here) nor the displaying of system files which is to be found by clicking the Eye button inside the file manager. So by default the file manager started in the phone storage folder where i manually created the system folder…

Now i got it right, apps installed correctly and i’ll try the functionality in the lunchbreak!

Hi all ye tec-cracks!
To be honest I don’t understand most of the advices given here…

But I hope you can help me with this one:
On one of my start pages - the one with the silent button - there is a permanent link to install Google Apps - which I don’t want. Is there any way I can delete that link?
Thanks for your help!

On one of my start pages - the one with the silent button - there is a permanent link to install Google Apps - which I don’t want. Is there any way I can delete that link?

That’s a widget : long-click on it, then drag it towards the top of the screen: there is an area that allows to eliminate it from this pane.
Incidentally, this doesn’t delete it from your machine -it stays available in your “applications/widget drawer”, and you could bring it back on a startpage.
If you want to delete it forever, this can be performed from the app drawer (again, long click etc.)

Sh… it still doesn’t work. I can use the apps but if i try to use the “Standort” (Position) functions which use a map, it crashes saying “Google play services required for this app aren’t supported by your device”.

Oh great - at least I got that link out of my fingers’ way…
Thanks a lot!

Hi,
I had the same problem with a pair of apps, downloaded using BlankStore, which required GAPPS o Play Services and managed to solve the installation problem by using µg UnifiedNlp which you can find informations here and download from F-Droid (please read carefully the README file because on JellyBean you need to install an additional .apk package)
Bye!

Here is also a step-by-step-way to install the MAPS API to be able to use more apps without having to install the Google Services. The instruction is written for people like me, that aren’t too familiar with all the backgrounds (my brother gave me the instructions):

The µg project has made good progress. It is now possible to use GMS Core, which makes it possible to use the Google Cloud Messaging push service (which is e.g. useful for the alternative messenger Threema).
The installation instructions can be found here: 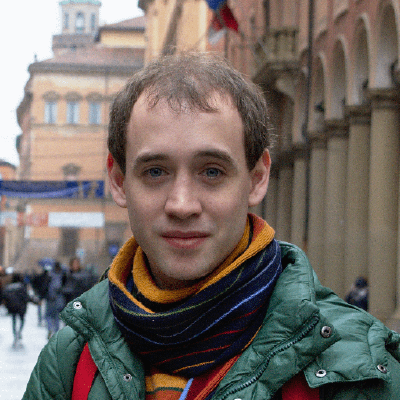 FakeGApps - A better approach for microg

Note that you have to install Xposed and an Xposed module to run GMS Core. Moreover, you have to deinstall the NOGAPPS Maps API (see http://forum.xda-developers.com/showpost.php?p=62034536&postcount=1108 ) because GMS Core provides this functionality, too. I have however not tested it, and it may not work properly yet on GMS Core.

For the installation of BlankStore, I can recommend the Sysfile Copymaster (see https://play.google.com/store/apps/details?id=com.flextrick.sysfilecm - downloadable via the apk downloader). You can then install the Blankstore without having to (re)mount the system partition.

One user has posted an overview of the NOGAPPS project: https://fralef.me/using-android-without-google-apps.html .

Finally, the newest build of GMS core seems to be stable, but older builds had bugs where the CPU activity spiked. It is of course possible that you will encounter other bugs, too. Still, I am satisfied by the current version.

After wiping data and system , I’ve rebooted my phone, very happy to be without google apps and surprise : here they are ! I don’t understand how it is possible.

There is nothing to do ? I did not even activate the wi-fi.

Um, this shouldn’t happen.
I can’t even think of how this could happen.

You have wiped your system (eg. installed Android again via the Fairphone Updater) and your data (by rebooting into factory mode afterwards and wiping /data there)?