lockscreen widgets that control the music player won’t show text, like title, artist, etc. the space reserved for that info stays blank. I tried media utilities and u.m.v. controls (among others). with those two, the buttons work and i can toggle play/pause and go forward/backward in the playlist, but i have no track info (and also no album cover artwork). i tried different combinations of background and text colors with both. i tried them on the lockscreen and on the home screen. i’m using android 4.2.2 (fairphone os cherry 1.6) and the app “Musik” (german localization) also shows version # 4.2.2-eng.hjy.1406797706.

thanks in advance for useful help!

Maybe the tracks are named in a way, the FP does not support? Or the meta data uses characters, which are not supported… Best is to only use letters and numbers and characters which are known to cause few conflicts (like understroke “_” or hyphen “-”).

The fairphone can display the texts in the music player app. However on the lockscreen no information whatsoever gets displayed. Not even the album covers, which are independent of the caracter encoding etc. So far i had no mp3, flac or anything else where on the lock screen would appear one single piece of information, neither artist, album, title nor artwork. Also, the play/pause button doesn’t know if it should display the play or pause symbol. They happen to be interchanged every now ant then. Apparently the controll information gets transmitted from the lockscreen widget to the music player app, but no information from the app reaches the widget.

I am listening to music right now, and I simply don’t have a lock screen widget for music. Could you post a screen shot?

I installed the “U.V.M. Controlls” app that gives me this lock screen widget. As I wrote in my initial post,

I tried media utilities and u.m.v. controls (among others).

Probably I should have made clearer that these are apps installed after I got the phone.

In the moment I took that screenshot, it played the title “Jaded” from the album “Aerosmith” by the band “Aerosmith”, none of which has any special characters or even a space.
The song was paused, so a “play” button should have been shown instead of the “pause” button.

AND that behavior was the same with every other lockscreen music controll app I tried.

There is an inbuilt widget for Google Music if you are using Google apps. This works for me as per below

Do you have a link so that I can try installing UVM Controls as I couldn’t find this and I will see if this works for me?

I am using the FP OS v1.8 which is due to be released (tomorrow hopefully) but I don’t think will make any difference for the purposes of this problem.

Okay apparently the “U.V.M. Controlls” have been renamed to “Universal Music Widget”: 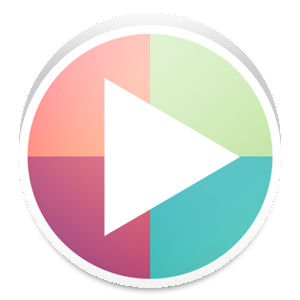 Universal Music Widget supports every music player that supports standard Android™ 4.0+ lock screen controls, including stock HTC™ music player.For Android 4.4+ the app requires to have notification access enabled.This is also the most beautiful and customizable music widget out there!In order the widget to recognize the player you need to start playback after the widget has been added.SPECIAL THANKS to Alexander Woodblock for sharing his methods about the universal music controls.If you have su...

I installed google apps and the one music player I found in there, which is “Google Play Music” v5.7.1783Q… and it gives me no lockscreen widget. I can have a google play music widget for the regular home screen, and it works like a charm, but it is not available for the lockscreen.

Thanks for your time. How To Get Android KitKat Lock Screen Music Controls On Any Jelly Bean Device |...

When Google refreshed Android to bring in version 4.4, KitKat, it added some new features to the mix while also redesigning some of the platform’s existing ones. Music playback was one example of something that got a lick of paint in KitKat, with a...

Thanks Chris_R, I’m on FP OS v1.8 now as well and yes, you’re right, no difference for the purposes of this problem. Also still no Google Play Music lockscreen widget.

Thanks Stefan, but well, Xposed… I guess I’ll rather wait for android 4.4 or 5 to come for the fairphone. I’ve had my share of g0Oglin’ with the FP OS v1.8 update for the next weeks…

I’ve been looking at the google play widget, it only seems to appear when music is playing, and then it becomes the default widget on the lockscreen. You don’t seem to be able to add this independently and there are no config controls for it.

Will do a bit of googling