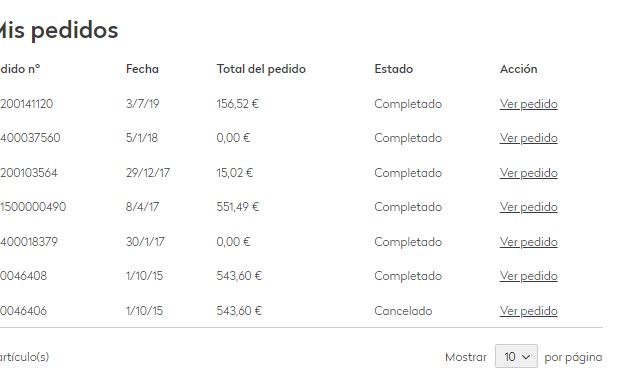 Now I am hesitating if I should give FP a 2nd chance by buying FP4. Are there any experiences if FP4 is worth buying.
The feature I liked most was the google-reduced OS, but I probably would buy the standard OS, because I need to use some banking apps.

There are numerous topics/posts by Fp4 users

How To Improve User Experience ? (Drawer and Recent tabs) Fairphone 4

Hi everyone. As a technolover I have needed to end the relation with my LG G6 (4yo) due to the batery life. As ecololover I have decided to buy a FP4. I have some issue to get my User Experience perfect. I would love to : Create folders and pages on the drawer. I don’t know how people may like to get just all apps by alphabetical order and search anytime an app… I was used to that on my previous phones so I really need it. Even drawer apps don’t do that as I expect. I am close to get Nova…

From FP1 directly to FP4 Fairphone 4

Well I like the extra SD card which isn’t encrypted by default as long as it’s external. Then I don’t loose any of my personal media/data etc. when the phone dies. The OS is the main user of the memory. My 7 year old Samsung alpha did have 32GB but I only ever used 10GB My FP3 has 64Gb and 14GB used by the default OS, only 3GB by apps. The rest is on my SD card formatted as external/portable

Best USB-C to Audio Jack Adapter for FP4 The Products

I created one, based on the SD card wikis,please add the adapter over there and use this topic here for metadiscussions

Now I am hesitating if I should give FP a 2nd chance by buying FP4.

Probably not. The iPhone (I assume you got a new one?) is only two years old, so you should probably keep it longer

Apart from that I’m sad to read that you retired your FP2 for some screen issues where you could easily have exchanged the screen. And that there were some software glitches that could have been fixed with some effort. At least these software issues were caused by the possibility to use a Google-free OS. Your iPhone probably doesn’t allow you to break free from the Apple environment. So by taking more freedom there’s also responsibility connected to that (e.g. take more care of your software than with everything in a very much integrated environment) and that will most likely not change with the FP4 if you want to avoid the “convenience solution” (for legitimate reasons).

I’ve been using my FP2 every day for 5 years. It’s still running fine except lately it’s been freezing and saying System UI isn’t responding but other than that I’ve had no problems.

I don’t have an exact date for when I got my FP2, but it was some time in January 2017. So mine too is 5 years and counting. Hoping it will make to 8.
Its predecessor, a faithful Sony Ericsson W350i, has just reached 13 years of age. It is going to outlive the network that it runs on, as that closes end of this month. Still be my quick camera (1MP!) and alarm clock.

Sadly, it's not coming. With prospect of emigration, I went smart (@Fairphone) in Jan. But still using #Luddyphone day to day.

My FP2: 4 years and counting The Products

I got my Fairphone 2 four years ago. It’s still working fine as my backup phone, it’s running /e/ for that now. I don’t recall any major trouble with it.

Nothing much changed, apart from the four years part … it’s five years now.

I ordered my FP2 in August of 2017 and received it by the end of October that same year. I switched to it as my daily dirver and only mobile phone in July 2018 after flashing SailfishOS on it. For Christmas of 2021 I got the camera upgrade, a ‘new’ (used) bottom module (as a spare since they went out of stock) and a brand new battery (not desperately required at this point but nice to have while at it). Switched the bottom module to make sure it works and started using the new camera. In July 2022, after four years of daily use I finally swapped out the battery for the new one before going on vacation just to loose my phone on said trip.

I guess it goes without saying that I ordered a ‘new’ (used, obviously) FP2 before even returning home. It arrived before my replacement SIM card giving me just enough time to flash it with SailfishOS and install all apps I need. My ‘new’ FP2 has some reboot issues (I knew that when I bought it, though I had hoped they would disappear with the OS switch) and I have two old batteries instead of a new one but I am still happy with it. I doubt I’ll buy the camera upgrade again - I just don’t take that many (important) pictures with my phone - but at least I still have a spare bottom module in case my mic goes silent. Not sure what I would do once it dies for good. Maybe a used FP3+ if @mal has a working Sailfish port of it.

Lack of 3.5 audio jack is a big downer of the FP4 and FP5 likely won’t support any OS that I’d feel comfortable with for quite some time. Let me know if you have suggestions. I hope I won’t have to think about it for some years to come.

2 Likes
My FP2: 6 years and counting
← previous page next page →