Hey guys. I just had the thought that all these great people here might have interesting music preferences that I would like to hear about. I don’t know if there is any interest amongst you to talk about music in this forum but I think it might be a good place to get interesting new ideas of bands and stuff. Won’t be upset if this doesn’t catch on very well though

So I’m just gonna start with some bands I can recommend.
Perfect for the time between 10 pm and 2 am when surfing and hanging around in the forum: Dire Straits, Coldplay.
In the morning to get pumped for the day: Eminem (yes - sometimes), Edguy (Power Metal), Blue Man Group
Concentrating, relaxing: Ludovico Einaudi (Piano)

… and a lot more, but these are recently my favorite ones

I’ve largely abandoned contemporary charts around ca. the year 1985 or so. I fell in love with film music some time in the late 1980s then, and have stayed a fan ever since. So I’m not a fan of bands or singers or particular performers as such, I’m a fan of composers – Ennio Morricone, John Barry, Hans Zimmer, John Williams, Annette Focks, Stelvio Cipriani, François de Roubaix, John Powell …

In other words, I was used to be in a nerdy niche … even before I became a Fairphoner.

I mainly listen to hip-hop. But not the gross crap labeled as “hip hop” or “rap” in todays charts. (And yeah Eminem would be one example of such crap. Sorry!

Other than Hip-Hop I also like some Funky Stuff like: Ahmad Jamal, Kool and the Gang, Manzel, Funk Inc, … some Electronic like Gotan Project and a little bit of Rock like Cranberries, Dreams, Paramore, …

You don’t need to label a topic “off topic”, if it is in the Cafe category…

I’m not a hip-hop fan but my father’s got some ‘Rappers’ Paradise’ albums which are pretty cool. Will listen into some of what you have listed

…to name a few

Well, @Jerry, I could have guessed from your Avatar pic.

I wonder if you also like to listen to the fireplace guitar - I recently stumbled upon my Queen collection, and while some of it sounds cheesy with the distance of some years, I could have cried listening to some of those riffs, solos, and melodies. I actually shed a tear listening to The year of '39, and not only b/c it is the only song about relativity theory / time dilation written, played, and sung by an astrophysicist that I know of.

Well, that said, I have to admit that my choice of music is very eclectic. One of the last really great concerts I went to, however, was The Car Empire. I also like listening to their albums, but they really kick ass on stage.

Also, I sometimes enjoy listening to stuff like Matthew Herbert. Try The Mechanics of Deconstruction, with a good pair of headphones, but do not expect a mellow treat. It’s rather a trip, nothing you want to start (or end, come to think) your day with. For that, I would fall back on the Beatles, e.g., or Bach, or Jimi Hendrix, or Johnny Cash, or The Temple of Dog, or Metallica et al. ( in different flavours, e.g. Hellsongs or Apocalyptica spring to mind).

Do you have some more recommendations? It’s one of that kind of music, just like jazz for me, which i realy like, but don’t have a clue neither someone who can give me some suggestions. ;-(

Hannes Wader :-)) reminds me of my father an his music collection. I still like to listen to his musik!

Well, @Jerry, I could have guessed from your Avatar pic.

I wonder if you also like to listen to the fireplace guitar - I recently stumbled upon my Queen collection, and while some of it sounds cheesy with the distance of some years, I could have cried listening to some of those riffs, solos, and melodies. I actually shed a tear listening to The year of '39, and not only b/c it is the only song about relativity theory / time dilation written, played, and sung by an astrophysicist that I know of.

Yep, Brian May was actually who got me to pick up the guitar and start playing myself. I actually prefer a lot of Queen songs that never were hits above the likes of Bohemian Rhapsody and We Will Rock You. Great songs, mind, but done to death. Stuff like Tenement Funster/Flick of the Wrist/Lily of the Valley, Prophet’s Song or indeed '39 are brilliant, brilliant songs.

One of the reasons I also like Muse so much is the undeniable Queen influence there.

The Hourglass, a Heavy Metal band from Syria:

The Hourglass. 2,3 duizend vind-ik-leuks. The Hourglass is a heavy metal band from Syria. formed in 2003. released 3 albums and two singles. Disbanded in 2016.

I’m mostly into avantgarde pop from the 80s, especially with a strong pro-environmental edge.

Check out “Die Woodys”! But make sure to sit down first; watching this has turned out to be an awe-inspiring experience for many. (There’s subtitles, too.)

Bumping this one up again.

(below you will find some links to Spotify and other places).

Most of the music I listen to is rather experimental. My main interest is with minimalist music, specifically drone and microtonal music. But also other more abstract forms of sound-art and electro-acoustic music make my heart go quicker.

Aside from that there is also still, even after all these years, an indie kid in me who likes his rock to be noisy. Also on the “guitar” side of things I tend to search for more experimental music, as such I am really into more improvised music, or the so called New Weird America (which is already getting old). It is music that often refers back to folk music, but with a strange twist (and loads of influences from non-Western music, specifically ragas).

Last couple of years added to this already weird bunch of things I have created an even bigger interest in Indian Ragas (specially vocal ragas) and music from Persia and various Arabic countries.
And even more recent I have been finding myself digging up some old love for metal, but other than when I was a teenager not the more mainstream metal bands, but rather go for Black Metal (both in the earlier 90’s incarnation as the new atmospheric revival from the last couple of years).

So, as you can see my music preference is pretty bizar, mainly looking for new (and extreme) things.

Though, aside from listening to all this music I also work in it (aside from working at Fairphone). I am a musician and have my own label. With both focussing on this minimalist experimental music. And must say that’s going pretty well.
Some of you might know my work from the 100.000 Fairphones ringtone.

My favourites (on Spotify, far from complete, so much great stuff is missing there): https://open.spotify.com/user/orphax/playlist/73whZjMzfPYL7CehrBkPPw

My own music:
Bandcamp: https://orphax.bandcamp.com/
Spotify: https://open.spotify.com/user/orphax/playlist/7odSdlrzREvYSH5OSphoHQ (not up-to-date with latest releases)

Hope there is something to discover for all of you here

I just listened to some of your songs on bandcamp (only links that can be accessed without an account) and they are really cool.
I especially like “the empty room” with it’s binaural beats.

Any btw from the license you use for your releases I think I can guess where you stand on the whole free vs open discussion.

Any btw from the license you use for your releases I think I can guess where you stand on the whole free vs open discussion.

I think it is good to have a discussion about it, but it is discussion where I don’t have a fixed opinion about yet.
But let’s not take that discussion in here.

For music I am advocating mainly a creative commons, and I don’t really believe in copyrights. Of course that is kind of difficult sometimes (for example I once had a video with music I released on Moving Furniture Records removed from Youtube. But that was mainly because the guy who uploaded it had all this nazi BS on his profile as well, and I don’t want my music to be associated with nazi’s).
Though, using CC is not always easy either, because on the label I do work with musicians who for example are registered at BUMA/STEMRA (or GEMA in Germany). You have to find a construction to avoid bills from them at some point.

But back to the music. Great you enjoyed the Emtpy Room. That’s indeed quite binaural. By using this binaural effect when you play it in a big room you get all these nice overtones, and that’s what I love…overtones. The more the better I would almost say.

[quote=“Sietse, post:13, topic:10334”]
but rather go for Black Metal (both in the earlier 90’s incarnation as the new atmospheric revival from the last couple of years).[/quote]

Hey, considering I am also a Fairphoner with my own music on Bandcamp You might wanna check it out. I have done this album completely by myself some years ago and You can download it for free (or donate). I would classify it as Melodic Black Metal: 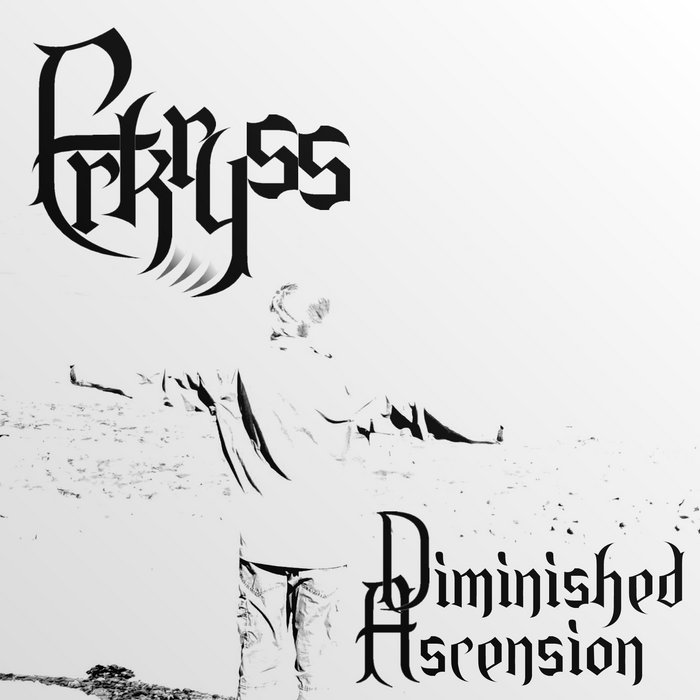 Another genre I am busy in is Progressive. My band Catharses has published a 360°-Video of a song last week. Should be interesting for @Jerry amongst others.

Cool, going to check it out.
Guess you like Riverside, or not? Hear that back in your band.

The last one most people wouldn’t directly associate with black metal, just as much hardcore and jazz as black metal, but it is so damn intense!!!

Well, my musical preferences are quite simply structured (probably like myself

), I prefer guitar based music, mostly rock, blues and the like. Long term favorites are Queen, Lynyrd Skynyrd, ZZ Top, Joe Bonamassa, The BossHoss or U2.
Lately I happend to attend a quite impressive live performance of German acoustic guitarist Sönke Meinen; my personal highlight was “Perpetuum Mobile”.

My list of liked tracks on Soundcloud has currently 520 items on it. It’s mostly mainstream pop music, songs from Youtube cover artists and electronic music.