I’ve gone through 4 bottom modules in since 2016 because the primary microphone would break. This last one was done after only 1.5 months.

Now I noticed that there is weird residue on the bottom module as you can see in the picture. The other side of the module as well as the rest of the phone looks normal. 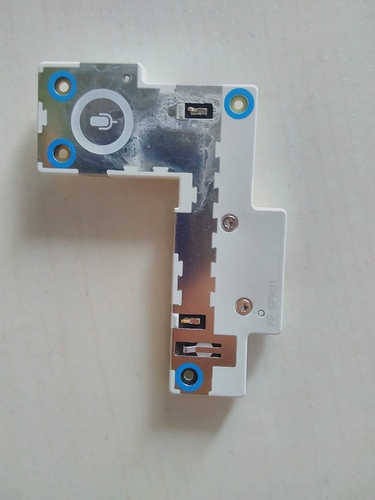 Do you have any idea what that is or if it could have something to do with my constantly breaking microphones?

On first glance I’d say it looks like water damage. Is your case maybe damaged?

If I look closer at it it seems like the location of that residue correlates to the placement of the metallic parts on the screen - don’t ask me what that means though.

I agree with @paulakreuzer.
I addition to that the upper ground contact in the picture is shifted, what means it was forced in one direction.
How does your screen looks like in the area where the bottom module sits? Also these kind of marks?

Could it have something to do with the phone getting hot (which it does from time to time when using it intensively or charging)?

There is a slight crack in my case extending from the camera button.

My main concern is that there is something wrong with the phone that is damaging these bottom modules and that if I get a new one it’ll break again quickly. I don’t know what to do …

Honestly, my advice is don’t worry too much: I am also now on my fourth bottom module in less than 4 years, and as I read in this forum, lots of people have these issues. Just get a replacement under warranty or if you do not have warranty anymore, buy a new bottom module and this one again comes with warranty. For me these modules last about 1 year, sometimes only half a year. It’s obvious that the modules have some serious problem, but as long as we can get (mostly) free replacements I think we can live with it

My new bottom module might be an option. I can’t say for sure that it won’t break, but it should be much better than the original.

New Fairphone Bottom Module with an appropriate case Do It Yourself

Hi, You’re doing such a great job ! We were talking about the bottom module troubles on a french facebook FP group, and someone linked to this. I’m in awe as I recently opened my bottom module to discover that the mic torn of its pads from the PCB itself. (fell down with plugged charger… It kind of confirms your statement about the fragility of the tracks & pads when bending the PCB.) I was so disappointed to see I couldn’t fix it, and here you are with your prototype… Are you going to sell it…

Yeah, I’ll probably do that. This one broke after 1.5 months so it’ll still be under warranty. But if they keep breaking this quickly, I’ll just switch to headphones with a mic

Sounds good. Are you selling it?

Maybe some day in the future, but I plan to also release the files, so you can build one yourself

I did it. Have a look in the “sell” section