Linux "Coprocessor" for the FP2 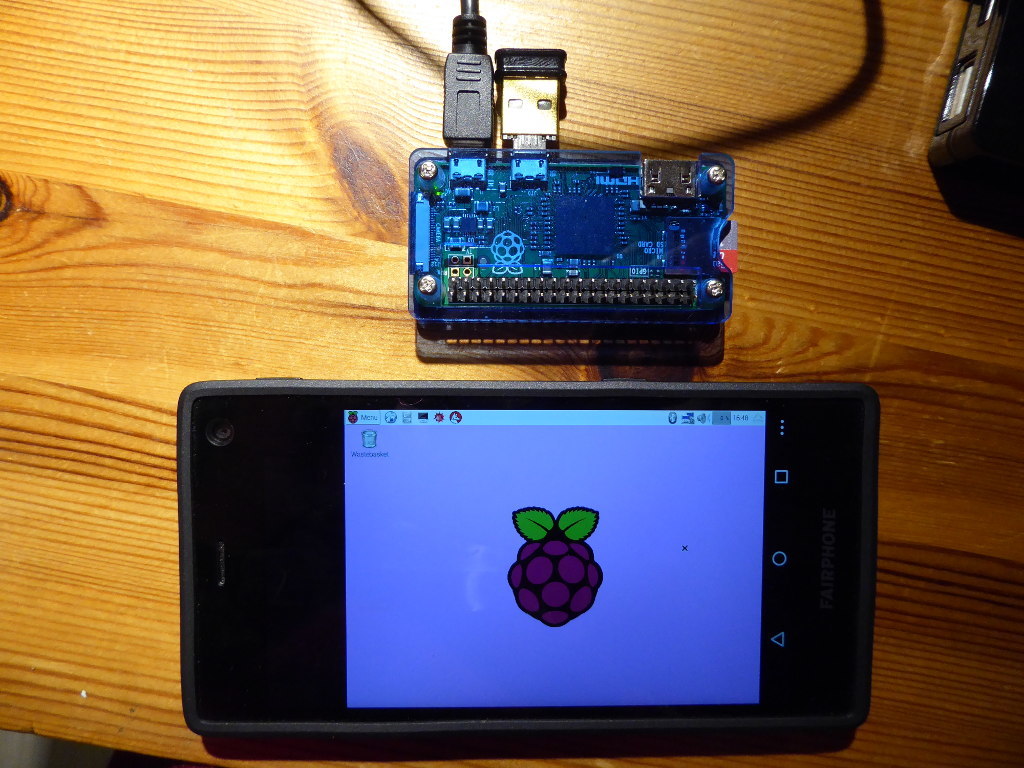 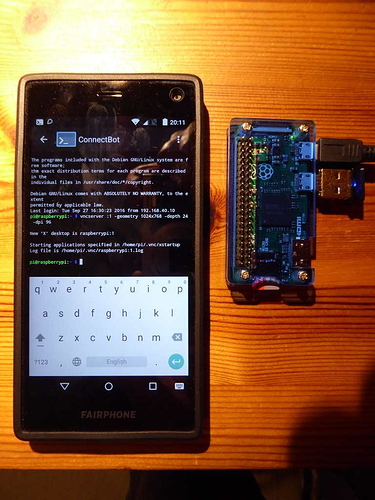 What do you use to connect to the Raspi?

The connection is a plain wireless connection where the RPi is configured as an access point. Required packages: hostapd and isc-dhcp-server
vnc-server for the graphical terminal
It’s a pity that this forum does not allow attaching files other than images, otherwise I would post my config files here.
The SSH server is enabled on the Pi
On the phone I am using ConnectBot as SSH client and androidVNC for the optional graphical terminal (both apps are in F-Droid)
The procedure:

You can upload the configs to a GitHub Gist,

I once tried same thing with my RPi B+ and former Nexus 4, but without wireless! USB tethering creates a network anyway,

I followed these notes, if someone is interested:
http://mohammedlakkadshaw.com/blog/Android_as_display.html

However, your RasPi Zero + cover idea is a great geeky improvement!

Do you know a good X server for android ?
That could be even better than VNC for display.

For the “real thing” I am usually using x2go. This is real terminal server feeling with sound and print support and pretty good security as everything is tunneled through SSH. Sadly there is no Android client. You get x2go server packages for the RPi here - they work on my Pi3s, have not tested on the zero yet.

Ah that’s a very nice setup you got there, quite frankly that’s why I hope to see Ubuntu Touch ported on the FP2 (sadly development seems to be stalled since mid-July). I’d love to do this setup :

I have put the config files on Github Gist as @Roboe suggested. In order to get the proper paths you have to replace the underscores in the filename with slashes.
Get the files here