Launcher takes up to 7 seconds to load 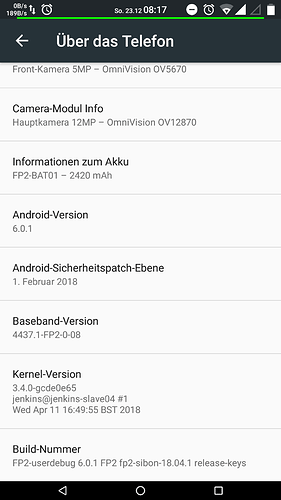 Since a couple of days, the launcher takes a long time to load. Between 4 and 7 seconds.

Lets say I am done with this post and press the “Home” button to get back to the launcher, so O can check E-Mails.

Things that have changed:
I have installed a new bottom module because the last one was broken and didnt allow charging anymore, but the launcher-problem started 2 days before that.
1 week prior, I moved from Thailand to Cambodia and exchanged the Thai SIM card with a Cambodian one.
I moved many GB of pictures from internal and external memory to USB via OTG cable to free up space.
I have a new picture as a wallpaper (removing that doesnt change anything)
No new apps installed

So, why does returning to the Launcher/suddenly take so much time?

Try clearing the launcher’s cache and if that doesn’t help also data in Settings > Apps.
Removing data will probably reset the wallpaper, remove all widgets and remove all other customizations you made to the launcher.

Thank you for your post. I use the standard launcher. I cannot find it in the apps list.

Could you send me a screenshot from your phone’s apps list?

I just saw on your screenshot that you’re still on Android 6. Upgrading will likely fix your issue.

I don’t know what the standard launcher is called in Android 6 Open OS.

In that case I’ll have to deal with it until I’m back home. Then I will backup my phone on my PC and do the upgrade. But still its interesting as It suddenly started.

Keep your phone away from others, this could be infectious.
Were are you residing, so I know where to not go…

Were are you residing, so I know where to not go…

Well, a short Christmas trip to Vietnam will be challenging anyway…

Interesting tidbit:
When I tap the back button on apps, it goes to the Launcher faster.

When I tap the home button it takes 7 seconds.

Just installed another launcher and it works quickly and is responsive.